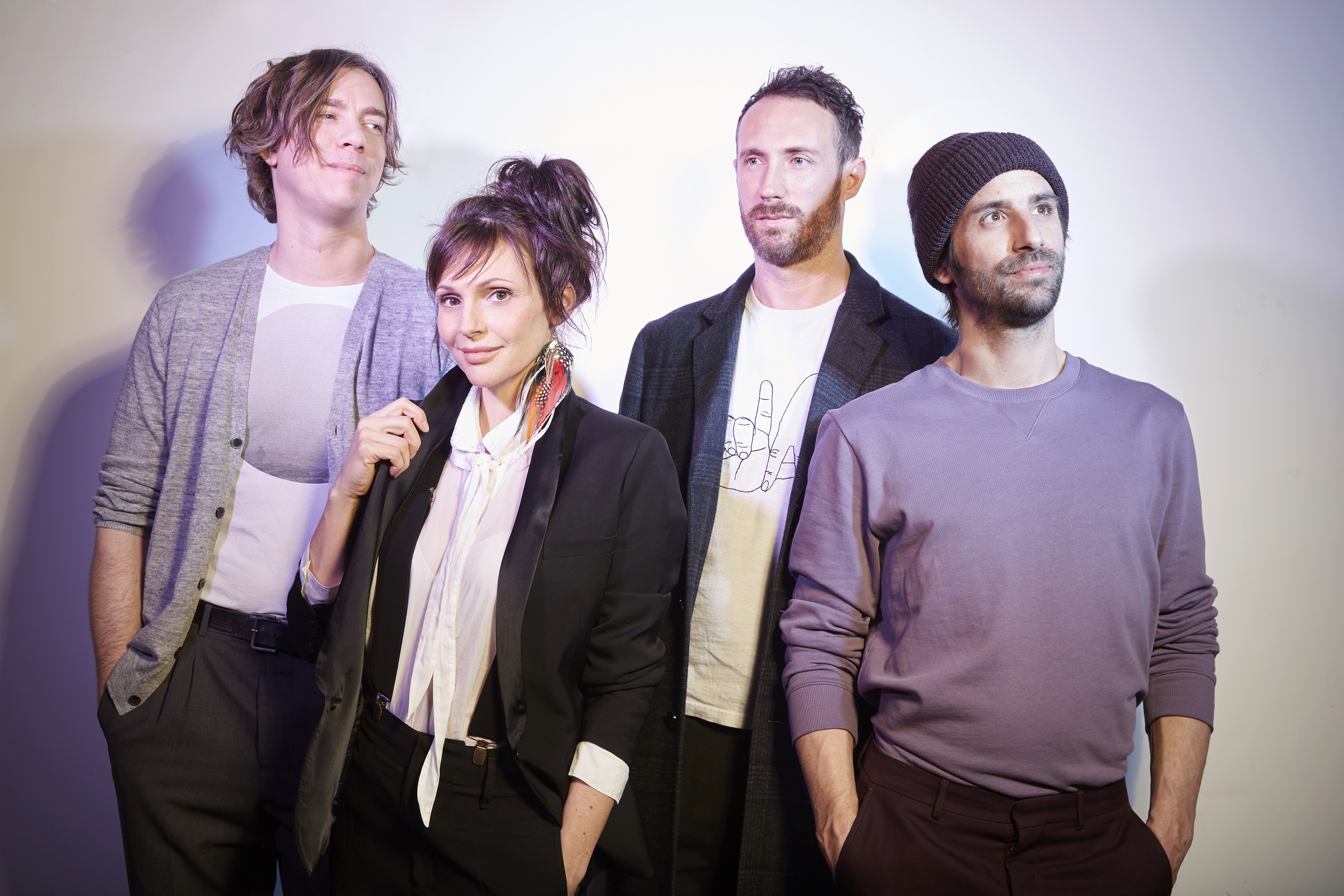 For me, Caravan Palace and electroswing have always been interchangeable, synonymous. The French musical group set a standard for the genre with their debut, self-titled album in 2008 and doubled down on it in 2012 with Panic. However, seeing the plateau ahead of them, the group began to tinker with new sounds and styles on their last album, 2015’s <I°_°I>.

Now, they’re back with their fourth studio album, Chronologic, and it’s more diverse than ever — and all the better for it.

Make no mistake, every track on the album is still born of that original electroswing ethos: they’re fun, energetic, swingy (in style, if not in genre), and creative. And I don’t think it’s ever possible for Caravan Palace to entirely forsake that part of their identity. What makes Chronologic so strong is precisely that recognition of their origins and a willingness to adapt, learn, and experiment.

The album rollout began with the lead single earlier this year, “Miracle,” which first signaled a slight change in their sound. As I mentioned before, at its core was the same electroswing vibe, but something was… different. The group then released “About You” three months later, bringing a huge, big band electroswing sound back to the mix. The same with “Plume” in June; it wasn’t until the most recent single, “Supersonics,” that a truly new sound was signaled.

When the full album came out in August, it presented a dazzlingly brilliant assortment of sounds and styles, all wrapped up in the familiar Caravan Palace blanket. Bringing more vocals and a wider variety of influences into the mix, I feel like this might be the group’s strongest album yet.

Listen below, and keep scrolling for an exclusive interview with Arnaud from Caravan Palace!

Chronologic sets itself apart from your previous albums in a lot of ways. What was your mindset going into this album, what did you want to make out of it?

To be honest, we didn’t plan all of this. It’s been a very natural evolution. But afterward, and reading some of the comments from fans where they express surprise, I guess we changed a bit. haha. I think, when e-swing started to be successful, a lot of DJs and producers jumped on the bandwagon and produced a lot of dancefloor oriented e-swing tracks, using the same old samples, same tempo, same effects. So obviously, the genre became a little boring. Maybe not boring, but running in circles.

Seeing all of that, I guess it was just pure honesty on our part to evolve gently. We could have made other 120+bpm catchy swing house tracks like Lone Digger or Jolie Coquine, but wouldn’t fans said “damn they’re not evolving, it’s still the same”… always a difficult balance to find.

Therefore, yes the album is different, but people said the same thing when we released our last album <I°_°I>, which is our most successful one so far. On Chronologic, we surely made more room for the voices and the lyrics. This can be surprising at first listen for a band like us, but it’s great to write songs in a more traditional way and mix it with our weird style of arrangement.

Moreover, it’s interesting in concert to have different song structures, with some very quiet voice verses on a song and a big long techno part on another one. It brings depth to the show. Something you can hear in the last song of Chonologic, April. A variety of supposed opposing parts, but which fit together at the end. That’s the kind of challenge we love with Caravan Palace.

There are four years between this and your last album, the longest wait since your debut album and Panic. I know a lot of that time was spent touring, and it took two years to craft this project. What else were you doing in that time?

A lot of different things. We were working on different projects. Of course we all want to have some kind of “side project” but it’s taking time. We’re also practicing our instrument a lot. Because you certainly have to work to keep a good level of virtuosity, which is needed to play all the fast themes we like to compose.

It’s obvious that we also composed dozens of songs we didn’t keep at the end… I don’t know how many, but it must be around one hundred… And above all, we spent time learning new stuff. New production techniques, new instrumental genres, writing lyrics, which is pretty new for us etc… Studying like any other musicians. That’s always been the key I think.

First of all, enthusiasm. It’s so cool to have somebody coming with fresh ears and ideas on a track you’ve been working on for a long time. Of course, moving voice is something we were looking for on Chronologic, because all of the feats are singers. But it’s also about musical backgrounds and how do you express emotions. It was really cool to work with Charles X, who is a very natural soul singer, everything is easy for him. Not much theory, no unnecessary talks, he just goes behind the mic and do it. Working with Tom Bailey has been very interesting as well. Very professional, all’s been almost perfect in the fist takes.

On <I°_°I>, we heard Caravan Palace start to grow and infuse other styles into your jazzy, swing sound. Now on Chronologic, you bring everything from bossa and soul to hip-hop to the mix. Where do you look to for inspiration?

I will not be original on this one, but inspiration is really everywhere. Sometimes you’re watching some cartoons, and there’s this comical song, almost ridiculous, but wow, there’s a super interesting chord changes at the end, I could use that maybe for the coda of a song. On the other side, you’re listening to a John Cage weird contemporary piece, and at some point there’s a cool rhythm pattern that could sound interesting played on a 808.

Of course being influenced by Hip-Hop is nothing original. Hip-Hop is everywhere here in France. And if we are not that much into the ego trip lyrics part of the genre, the beats are always something that can amaze us. With a little preference for old samples based beats of course. The perfect smooth loop you can listen to for hours. Dream of each producer.

Do any of the songs have any special meaning?

Miracle is really a feeling good song. Simple. Just to remind everyone to stay closed to people who’ve been part of their life. Melancolia talks about the decadence of a 90s star. Waterguns is imagining how children can come from extremely different families and they all play together peacefully in the playground but as they age the difference becomes a barrier which keeps them from being able to play as they once did; water guns become real guns. Supersonics talks about addictions in a funny weird way. April talks about the difficulties to pass from a cold state to nicer days. To become positive again despite the pressure of life.

I was driving into the sunset on my way home from work tonight in Los Angeles listening to this album and it matched the vibe perfectly. What is your perfect time and place to listen to Chronologic?

I can absolutely imagine how cool the album would be, driving a car in LA ! But to be honest we don’t use cars a lot in Paris. Small town, everything is close.

But after the final mix, I’ve been listening to it while walking back home, wandering around the very packed and lively “Barbès” district at night. And it sounds like it fits perfectly there. Paris is so full and respectful of old stuff. Art Deco buildings, Eiffel bridges, endless stairs of Montmartre, beautiful “Art Nouveau” style metro entrances, winding streets built in the empire form.

And so modern and alive at the same time with its huge diversity of people, living all together, bringing all kind of cultures, tastes, arts and mixing it in a fun and messy way. Hearing north african music out of a chicha club, some gypsy swing out of a very typical french café then the most auto-tuned gangsta rap out of an AMG SUV.

As I always question what I do, that night i understood that we’re just been honest and natural, translating into music what surrounds us.