by Mark Fabrick
in Events, Lineup

If you’ve been following Insomniac’s socials lately, you’ve probably been warned that there’s an impending alien invasion. It’s all going down on New Year’s Eve at the NOS Events Center in Southern California as Insomniac rings in 2020 with Countdown. Picking up from last year’s alien invasion theme, this year’s theme will be New Year’s Invasion 2.0. Insomniac also announced the lineup for this year’s event, and it’s, ahem, out of this world.

First and foremost, the name that stands out the most is The Chainsmokers. This marks the first time the smash-hit duo has performed at an Insomniac festival at NOS since Countdown three years ago. Now, with their expanded live set and status as one of the biggest musical acts in the world, this is sure to be a special performance. The rest of the lineup is pretty stacked too with the usual blend of EDM heavy hitters, bass, and house to please all kinds of tastes. Alesso, Porter Robinson (DJ Set), Galantis, Oliver Heldens, Gryffin (DJ Set), Chris Lorenzo and 12th Planet are some of the highlights.

Tickets for Countdown New Year’s Invasion 2.0 go on sale this Wednesday at 10 AM PT. Check out the full lineup and prepare for the alien invasion. Are they here to PLUR or probe? We’ll find out on New Year’s Eve. 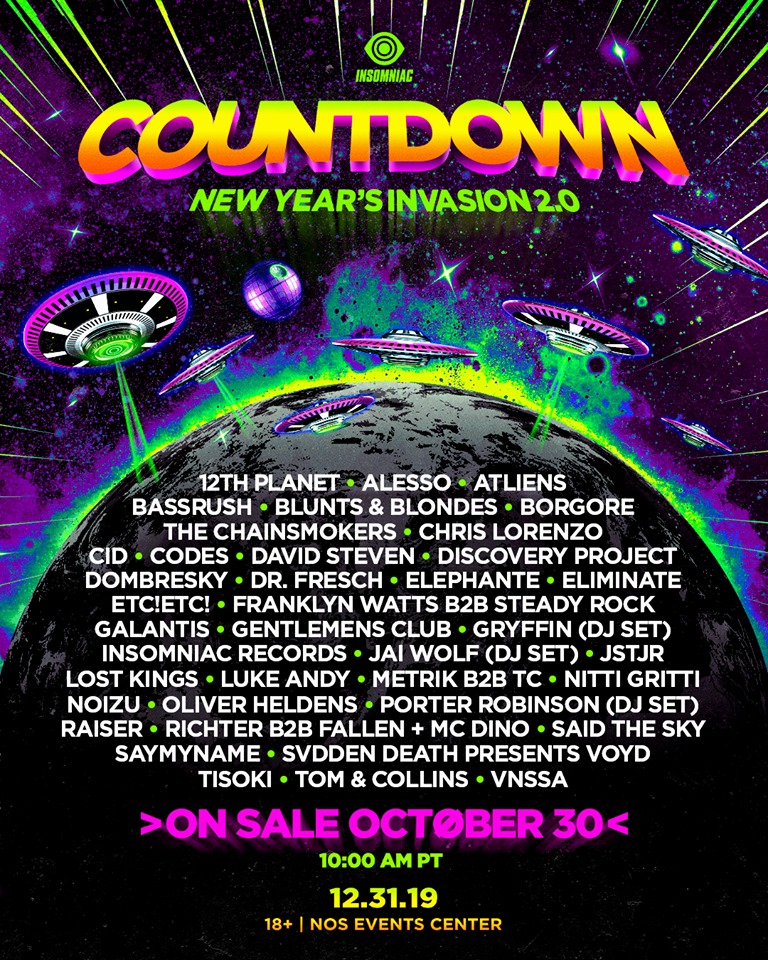 Why Does EDM Twitter Have (%) In Their Names? San Holo’s % Blessed Explained