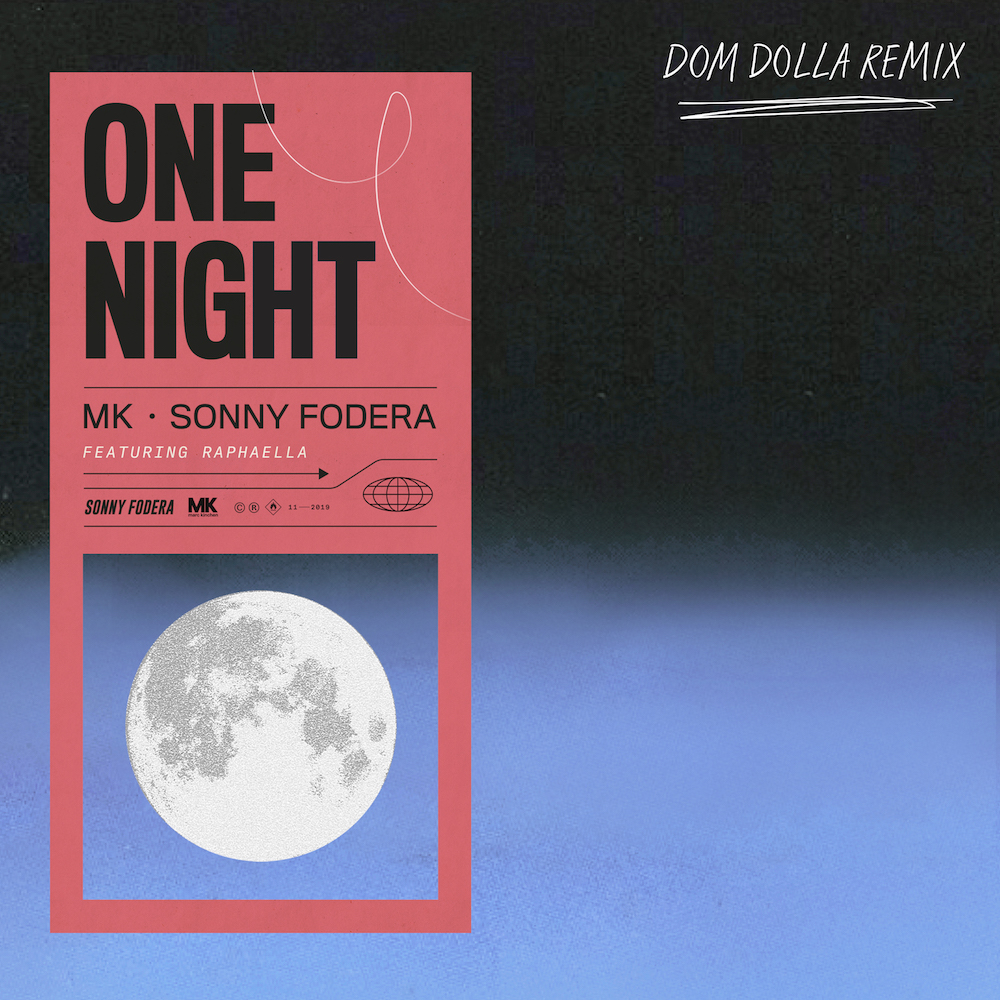 Hailing from Melbourne, Australian DJ and producer Dom Dolla became a global star off the back of house hit “Take It.” Since then, he has remixed tracks for huge artists, including Purple Disco Machine and RÜFÜS DU SOL, toured the world, and was even named Pete Tong’s ‘future star of 2019′!

Dom Dolla had a massive 2019 and is showing no signs of slowing down this year, especially with his brand new remix to MK, Sonny Fodera, and Raphaella’s smash, “One Night”. He provides a  deep, progressive take on the piano-driven original, taking you on a captivating six-minute-journey into dance music’s most emotive corners. It’s an incredible rendition, and his idea to pitch down Raphaella’s vocals really made this track great, fitting perfectly with deeper arrangement.