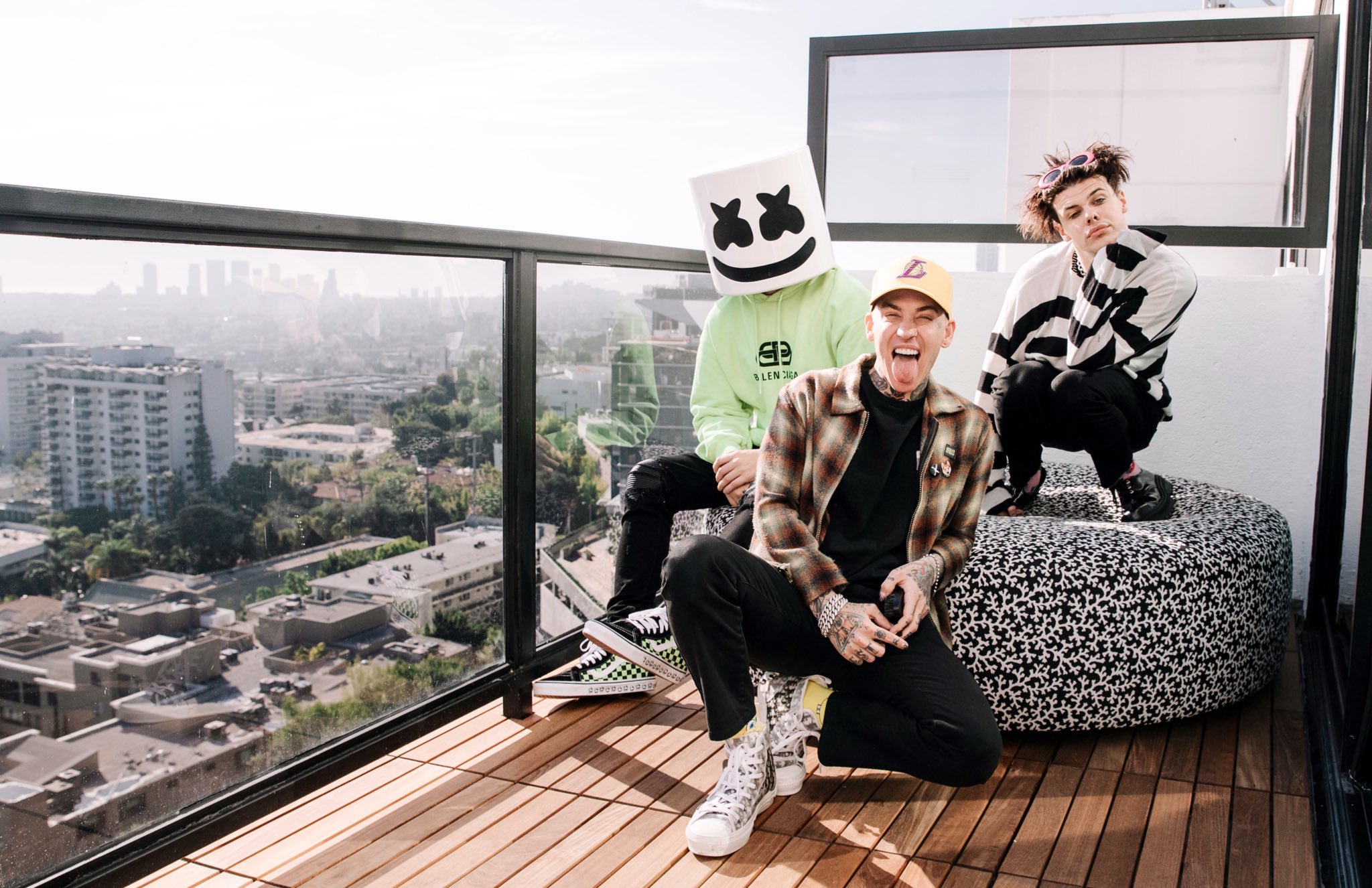 Marshmello dropped Joytime III in the middle of last year and let it marinate a bit before dropping his next original single, “Tongue Tied” with YUNGBLUD and blackbear. Now, a little over two months later, he’s back with five unique remixes to the alt punk single.

Duke & Jones, PatrickReza, Gentlemens Club, HiGuys, and Near x Far bring fresh takes to the original with a variety of styles. Duke & Jones start things off with minimal bass interpretation, chopping up the vocals and putting reverb on the bass to give it lots of breathing room. PatrickReza keeps the minimal style going but adds a bit more of a trap flair to the tune with 808s and a swinging rhythm.

Gentlemens Club take a old school dubstep approach to the remix with massive super saws leading into a textured full drop that sounds like something Rusko could have made. It’s a super unique take on the original with a bit of hip hop left in the verses and some intense bass in the drops.

HiGuys also brings a unique remix to the table with a heavier dubstep drop, followed by a double time drop on the second go-around. Near x Far round things off with a playful indie pop drop using marimbas and a bit more of a tropical sound (don’t go calling it tropical house, though). The second drop brings in guitars and drums for a more pop punk sound to really amp up the energy just before the end.

Overall, the remixes in this group pack a wallop and they all have their own strengths. You can listen to all the remixes of Marshmello, YUNGBLUD, and blackbear’s “Tongue Tied” below!