Your EDM Premiere and Q&A: Supreme Banana Puts out Supreme Hit – Get to Know Cami Petyn and ‘Static’ [Video]

Cami Petyn is a YouTuber who started her channel, tagged “Supreme Banana” as sort of a silly, fun thing; most of her videos were comedic in nature, about her being a vegan who didn’t take herself too seriously. She would try to “veganize” certain popular foods (using the hashtag #veganized) but fully admitted she was a “shit chef” and almost every attempt ended in some sort of disaster (RIP her parents’ kitchen).

The channel started to turn into sort of a vegan lifestyle brand as Cami started going to popular fast food chains to #veganize their menus, giving little tips and tricks for being vegan regarding beauty products and diet, and just being herself as a different kind of vegan: she was into metal music, wore all black most of the time and was definitely not a hippie.

It was through this “being herself” that viewers got to know Cami, as she was also extremely honest in her videos and quite a few of them addressed her issues with anxiety, being an introvert, healthy and unhealthy coping mechanisms and even talking about an abusive relationship she had. Nothing was off-limits for Cami and she let her viewership into her life in a way so contrary to what most influencers tend to do that it resonated with her viewers and fans.

Now with almost half a million subs on YouTube, a merch brand and a self-published book of poetry called Silence, Cami is taking her #supremesquad on another journey with her into the world of music. Now living in Los Angeles, Cami mostly does vlog-style content on YouTube documenting her life and doing the odd vegan mukbang. Her viewers learned about a year ago that she decided, quite impulsively, to start taking voice lessons. From there she learned a few chords on the ukulele and eventually bought a guitar. 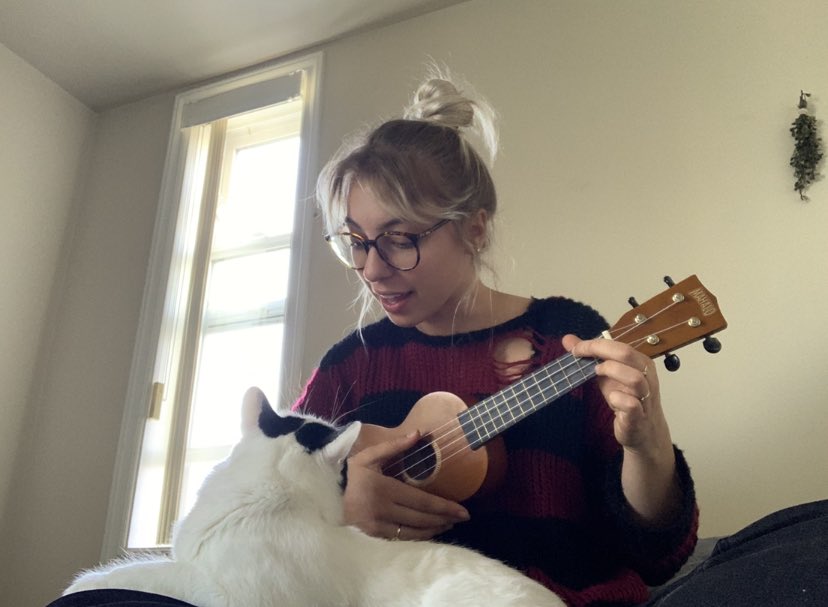 Cami hinted on her channel that she was working on a music project but it was mostly just part of her vlogs until recently, when she announced her first single “Static” would be coming out soon with a music video. Today is finally the release date and Your EDM was lucky enough to get an advance copy. The track is an interesting midpoint between jazz, blues and indie pop, with electronic elements that nudge it into the future bass realm. It’s well-balanced, vocally stunning and, like everything Cami does, genuine.

Your EDM got the chance to sit down with Cami as she’s getting ready to premiere “Static” on her channel to learn a little more about her perspective on her journey from funny, quirky YouTuber to serious musical artist putting out her first banger. Her answers are a study in overcoming self-doubt and the ability to push through it and become a true self-starter. Without further ado, here’s Cami’s Q&A and the debut of “Static” (video at the end of the interview).

Since you’re a pretty well-known YouTuber, a lot of people have seen your journey to becoming a musician and putting this single out as you’ve documented your journey so well but can you explain a bit how you came to work on music for those who don’t know?

Being musician/singer has been a dream of mine ever since I was a toddler but being an extremely anxious person who struggles a lot with self-doubt, I never chased that dream. When I was 22 I finally decided enough is enough and on a whim, I signed up for my first vocal lesson. Ever since that first lesson I’ve been madly in love with the art form. The way it allows me to express myself, the way it makes me feel, the process of creation, all of it. It’s now become the most important aspect in my life.

The style of your first track “Static” may be quite surprising to your fans as it sort of a jazzy electro-pop with hints of future bass. It’s also very well-produced. How did you choose that style for the track and what did the collaboration look like with your producer Ben Cohen?

Thank you, I appreciate that! I’m heavily inspired by jazz singers like Nina Simone, Sarah Vaughn and Amy Winehouse, so that has definitely influenced my jazzy vocal style. As for the electro-pop beat, that was all the work of my producer Ben Cohen, who I swear is a musical wizard. I came to him with the lyrics and melody of “Static,” told him I wanted it to be dark and jazzy and he managed to produce the perfect beat to go with it. We work really well together; he completely understands my vision and I’m super thankful for that.

Your vocals are also very polished on “Static” and a lot of listeners might be surprised that you started singing not very long ago. You documented that journey as well on YouTube and it’s clear the voice lessons you took paid off. How important would you say taking vocal coaching is for anyone wanting to get into singing?

Again, thank you so much! To me, vocal coaching was KEY. I knew absolutely nothing about singing and my incredible vocal coach, Violet Grae, is the reason I know everything today. Of course, everybody’s path is different, there’s singers that are crushing it and have never taken lessons but for me, it was essential.

Do you think you’ve arrived at your end vocal style or do you want to try other styles?

For my vocal style, I feel the most “at home” when singing in a more jazzy/blues style but, considering I’m still new to discovering my voice, I assume it will develop further as time progresses. 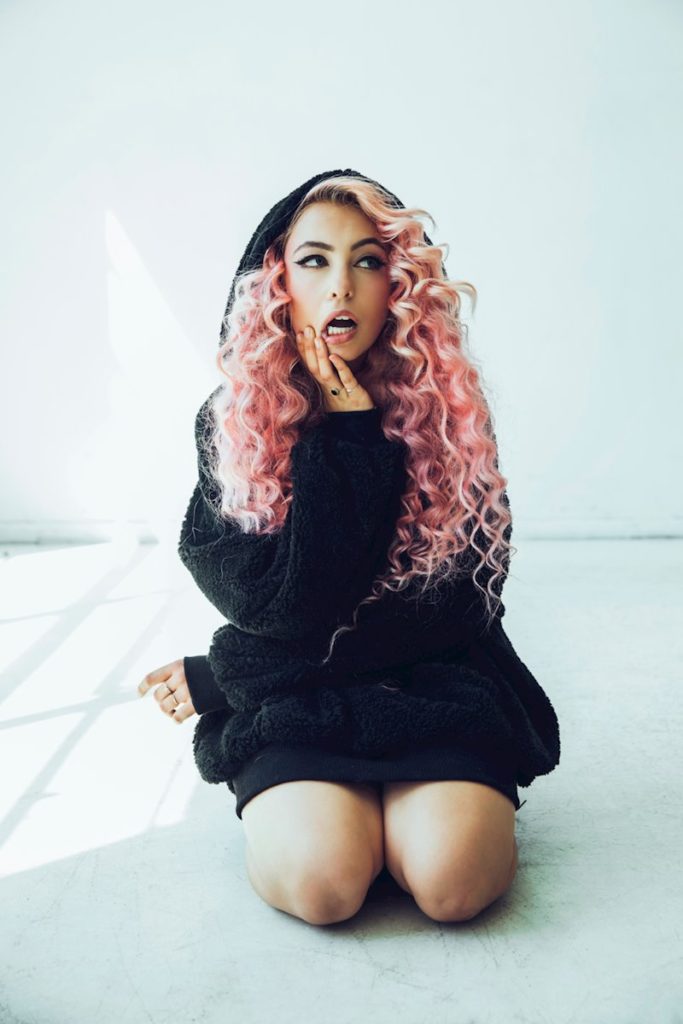 You’ve said about “Static” that it’s about one night wrestling with anxiety and you’ve been open about your struggles with mental health both on YouTube and in your book of Poetry, Silence. Writing and now music are obviously very healing for you but how do you hope to help others with the same struggles, especially other young artists?

Writing has always been such an intense form of catharsis for me, ever since I was a kid. I wrote “Static” in the midst of an anxiety attack one night and I didn’t even have the intention to write a song but rather just wanted to write to get my thoughts out. When I put pen to paper, out came the lyrics of “Static.” I ended up using the lyrics and turning into a full production so I can show others that they aren’t alone in their feelings of anxiety or self-doubt. We are all out here trying to figure out life. Nobody is alone. I hope my music will allow people to feel that.

You have your own YouTube, you self-published your book and now you’re independently putting out your first music single. As your fans know, it’s been a winding road to do all of that but do you find value in owning the process and your own brand, so to speak, by putting these things out on your own?

If I’m being honest, I’m a bit of a control freak (laughs) so having full control over something that is so important to me has been imperative. At the same time, it meant putting in a lot of work to learn everything on my own. It’s been a massive learning curve. Plus, everything I do is self-funded, which of course, has its own pros and cons. Ideally one day I’d like to sign with a label – their knowledge of the industry is incomparable – but I won’t do that until I find a label that I trust more than myself.

Are there any other new projects coming up for you that you can talk about? EP/LP?

All I can say is “Static” is, quite literally, just the beginning.