Earlier this year, Steve Aoki teamed up with one of the biggest names in Latin music, Colombian singer Maluma, for “Maldad” an incredible bit of Latin-Trap-Moombah fusion that showcased Aoki’s knack for hits and his continued expanse into international music as well. After giving his buddy, R3HAB a remix for his track “Flames,” the Dutch superstar has returned the favor and given “Maldad” his own spin with an official remix. Aoki has also contributed his own more festival ready remix of “Maldad” as well.

Aoki’s own remix doesn’t stray too much from the original, it keeps the same horn melody and Maluma’s vocals don’t change. It kind of just speeds up the tempo, adds a dance music breakdown and some trap horns. The R3HAB remix is really where it’s at! It blends some light synth work over the verse before becoming a full-on banger in the drop as R3HAB flashes some Middle Eastern flair into the Latin track. Here’s what R3HAB had to say about the remix.

“This one was fun. With two great names like Steve Aoki & Maluma it’s always an honor to remix a track. Steve and I go way back, of course, and Maluma stands for everything that is cool about Latin artists these days. The combination is great, and I tried to give the song R3HAB’s flavor in the remix, which I think works well. Enjoy!”

It is a joy to see these two titans of dance music come together for two top notch remixes. R3HAB posted a photo of him and Steve on social media teasing a possible collab, fans can only dream and keep their fingers crossed, but for now the remix will suffice.

Steve also announced his Neon Future IV tour as well as his Neon Future IV album due out this Spring. Get your tickets here. Steve will be bringing along some very special guests including Timmy Trumpet, Deorro, Gammer, Quix, and more. 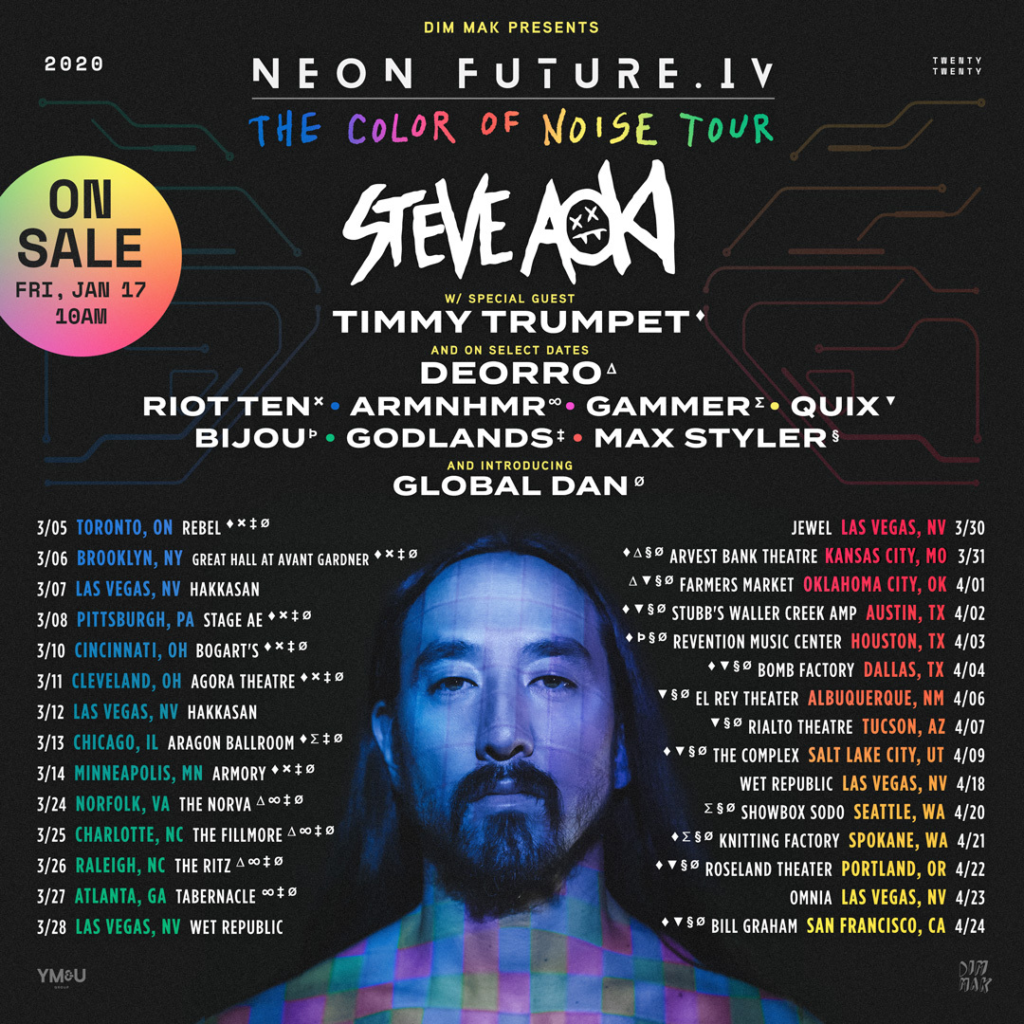 Check out R3HAB’s and Steve Aoki’s remix of his own track with Maluma “Maldad” out now on Ultra.