Do LaB has established itself as an essential facet of the Coachella experience, widely known for its interactive crowd environment and the colorful structures of its transcendent stage along with the celebrated acts that perform on it. Their musical lineups perennially bring in legendary electronic acts alongside next generation rising stars.

Those who have been a part of the Do LaB experience in the past will know that surprise guests will make appearances at the stage during each night of both weekends. Some appearances seen in past years have included the likes of Skrillex, Richie Hawtin, Major Lazer, Bob Moses, Bonobo, RÜFÜS DU SOL and more. 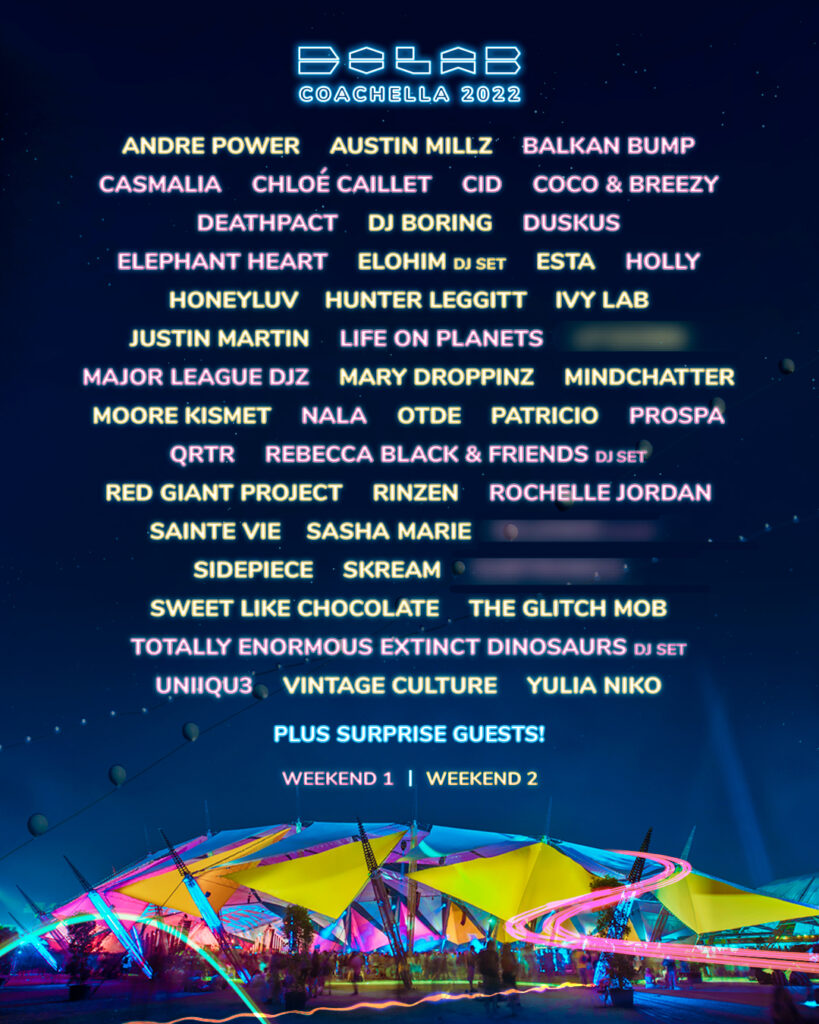