by Nick Ward
in Interview, Trance

Your EDM had the chance to sit down with Chad Cisneros and Dave Reed, otherwise known as the trance superstars Tritonal. When they arrived at Foundation Night Club, it was already filled to the brim with excited Tritonians anticipating a great night. Coming off a successful tour and earning the 65th position in Dj Mag’s Top 100, Tritonal is quickly establishing a niche amongst the top artists in the game. We were able to talk about their recent collaboration with Super 8 & Tab on The Arc (Original Mix), which has absolutely been tearing the dance floor up. Check out the interview below!

Q: Whats your favorite Event you have played in the United States?

A: EDC Las Vegas was one of our favorites for sure, followed closely by Ultra Music Festival.

Q: What about your favorite club in the States?

A: Mansion in Miami, is killer. Exchange in LA, not as much the venue as the crowd. The crowd always gives off a great vibe.

Q: Do you like playing in more of a club or festival setting?

A: Festival is my favorite for sure. Although clubs are nice, they are a bit more intimate which is good for connecting with fans.

Q: So why do you use Logic to produce?

A: In my opinion, It’s the best DAW for Trance. Not just for the engine itself, but also the stock plug in’s are fantastic. Every DAW program has its certain strengths and draw backs, but at the end of the day Logic is the best for us.

Q: Where are you guys originally from?

A:  DC and Austin, Texas. Austin’s a cool city, it’s very diverse and the cost of living is great. Overall it’s a great city!

A: It all started when we sold out the Exchange together, and it was the first time we ever played with them. We are both under AM management and all the agents said that our sounds worked really well together so we went from there. Their sound is more uplifting, and I think we have a little bit sharper edge to our sound. But that’s also why it works so well!

Make sure to keep up to date with Tritonal by following them on Facebook! 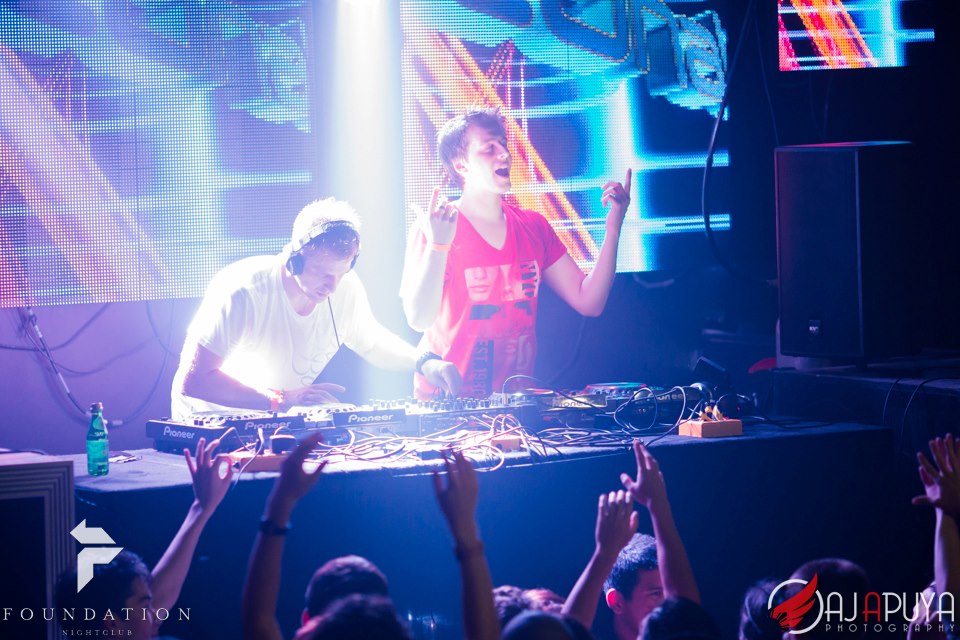