For its annual Global Drug Survey, Mixmag partnered with the Guardian and Gay Times to release the most comprehensive results of its survey yet. With over 22,000 participants from around the world, Mixmag was capable of painting an accurate albeit interesting picture of drug usage amongst global ravers. Some of the data returned some peculiar and at times unexpected findings. One that stands out in particular is concerning the UK ravers’ use of MDMA. Out of all UK respondents, when asked what substance they had used in the past 12 months, a resounding 67% had taken MDMA, in contrast to 57.7% who had taken some brand of energy drink. When looking at the US, the data seemed to favor energy drinks over MDMA, with 66.3% stating they had taken an energy drink whereas ‘only’ 60.9% had taken MDMA.

You can read the full survey results: HERE 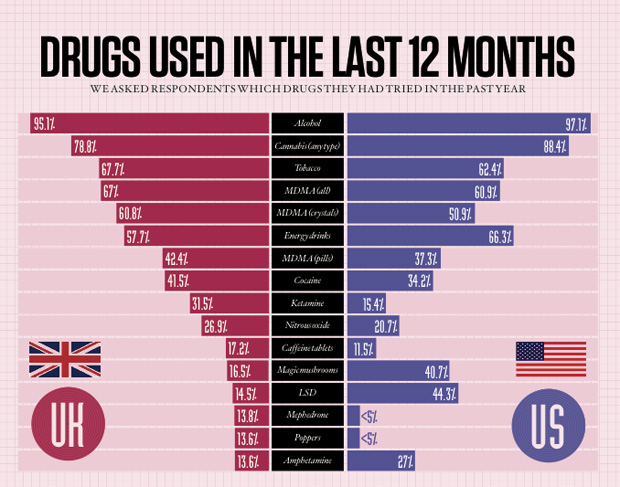