EDMbiz: Key To The Future Of EDM

Just a few short days ago, our Editor in Chief, CEO, CFO, and I descended upon the desert of Las Vegas, Nevada to attend a one of a kind business conference, EDMbiz 2013. However, just calling EDMbiz a business conference truly fails to describe the importance of this unique and awesome event that Insomniac has organized.

In its second year, EDMbiz ran from June 18th-20th, consisting of expert panels with the absolute biggest names in the game as well as brilliantly orchestrated events for the attendees. Over the last four days, Your EDM was treated to Dash Berlin at Lavo Nightclub, Infected Mushroom at the Cosmopolitan, and an insane bass heavy lineup at Bassrush Massive. Without further, ado let’s breakdown the events that unfolded over the least week and discuss their importance to EDM!

The conference officially kicked off the night before the panels with an incredible welcome party featuring Dash Berlin at Lavo Nightclub. Lavo was absolutley packed and the crowd’s energy was downright infectious. Dancing with our new friends, we prepared to dedicate the next two days solely to bringing you the best coverage live from EDMbiz 2013.

The first day we got to listen firsthand to a lively discussion on topics ranging from Press In EDM, female participation in EDM, and next-gen technology. We heard from Perry Farrell, lead singer of Jane’s Addiction, talk about his past and future electronic projects, immersive theater, and what has made EDM special to him. 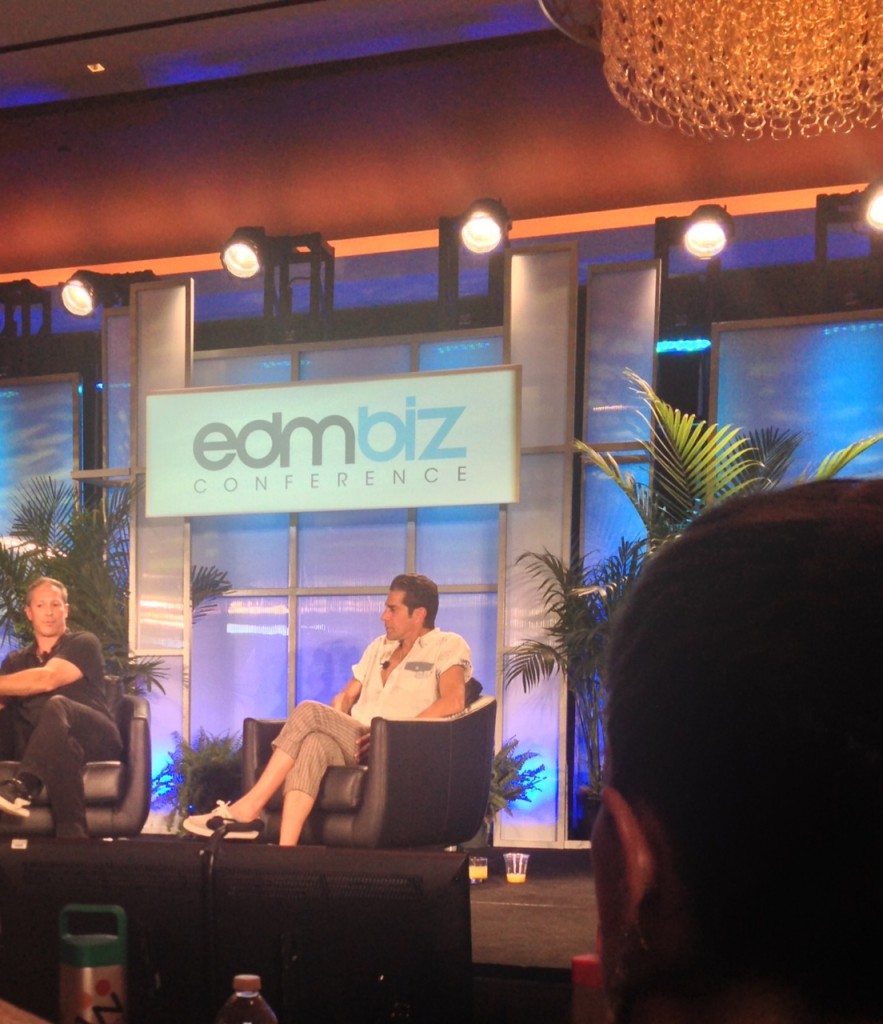 Perry was an incredibly entertaining and insightful speaker. The crowd loved every second of him.

We also heard from investors including Shelly Finkel,  Vice Chairman of SFX Entertainment, Doug Barry with Selby Ventures, and more from the Growth and Investment in EDM Panel. These prolific investors expressed realistic enthusiasm about the growth of EDM and agreed that growth looks good for a continued bright future. We learned that EDM represented a 5.5 billion dollar industry in 2012 and has the potential to grow exponentially in the next business year.

A very exciting announcement came from Pasquale Rotella CEO of Insomniac, and Allen Shapiro CEO of Dick Clark Productions, that an EDM Awards Show will take place next year during EDC Week 2014! Another important announcement regarding Insomniac (there were tons), is a partnership with the massive Live Nation Entertainment which recently merged with Ticketmaster.

The head honcho of Insomniac Entertainment, Pasquale Rotella took the stage for the final panel, which was my personal favorite of the day to discuss Festivals of the Future. Rotella discussed his vision for EDC and how corporate sponsors could fit into the brand without harming it or the festival goers experience. We learned that corporate sponsorship tends to be resisted and outright rejected by the younger crowd but that it is also possible to bring aboard big names without sacrificing an ounce of integrity. Rotella said that sponsors had to fit “the vibe” of the festival and anything that could jeopardize this experience would not be considered at all.

After the Day 1 panels wrapped up, the Your EDM crew headed out to grab some much needed sleep and then right onto our live Ustream Q & A session. After a meager four hours of sleep, we again headed out to The Cosmopolitan hotel for the final day of the conference.

Taking our seats for Day 2, we were very excited to see what Insomniac Events and the panelists had in store for us! Kicking off the day we discussed EDM’s Place in The Grammys with experts in the field such as Steve Aoki, Grammy nominee, Bill Freimuth, VP of Awards for The Grammys, and Scott Goldman the Vice President at MusiCares. We learned a bit about the process from submission, to nomination, to awarding an actual Grammy as well as how membership can be obtained. Funnily enough, the infamous Al Waser came up and Freimuth stated simply that “Al Walser did not cheat the system” using this to stress the importance of membership and participation in the Grammy process.

Things took an unexpected somber tone as Kevin Kerslake the Director of the DJ AM Documentary entitled “As I AM: The Life and Times of DJ AM.” debuted a moving teaser trailer. Aoki himself became visibly emotional as he recounted his friendship with DJ AM and many of the panellists chipped in as well.

We also heard from The Association For Electronic Music, who is a new organization dedicated to cementing the safety and stability of the EDM scene. The AFEM wants to learn from the mistakes of the past which have harmed EDM’s credibility as a safe and inclusive environment and standardize procedures that will ensure that concertgoers have the time of their lives in a safe and immersive environment.

After an amazing catered lunch, we heard from dance legend Pete Tong on his thoughts on the emerging scene in the United States and the EDM scene at large. Pete was short and frank with his answers claiming that “Everything that is happening here in the USA is 200% bigger than in the UK“. The BBC 1 Essential Mix host also claimed that EDM is growing up but has not yet reached maturity. This seemed to mirror the general consensus that “EDM is in its teenage years” and still has a way to grow. 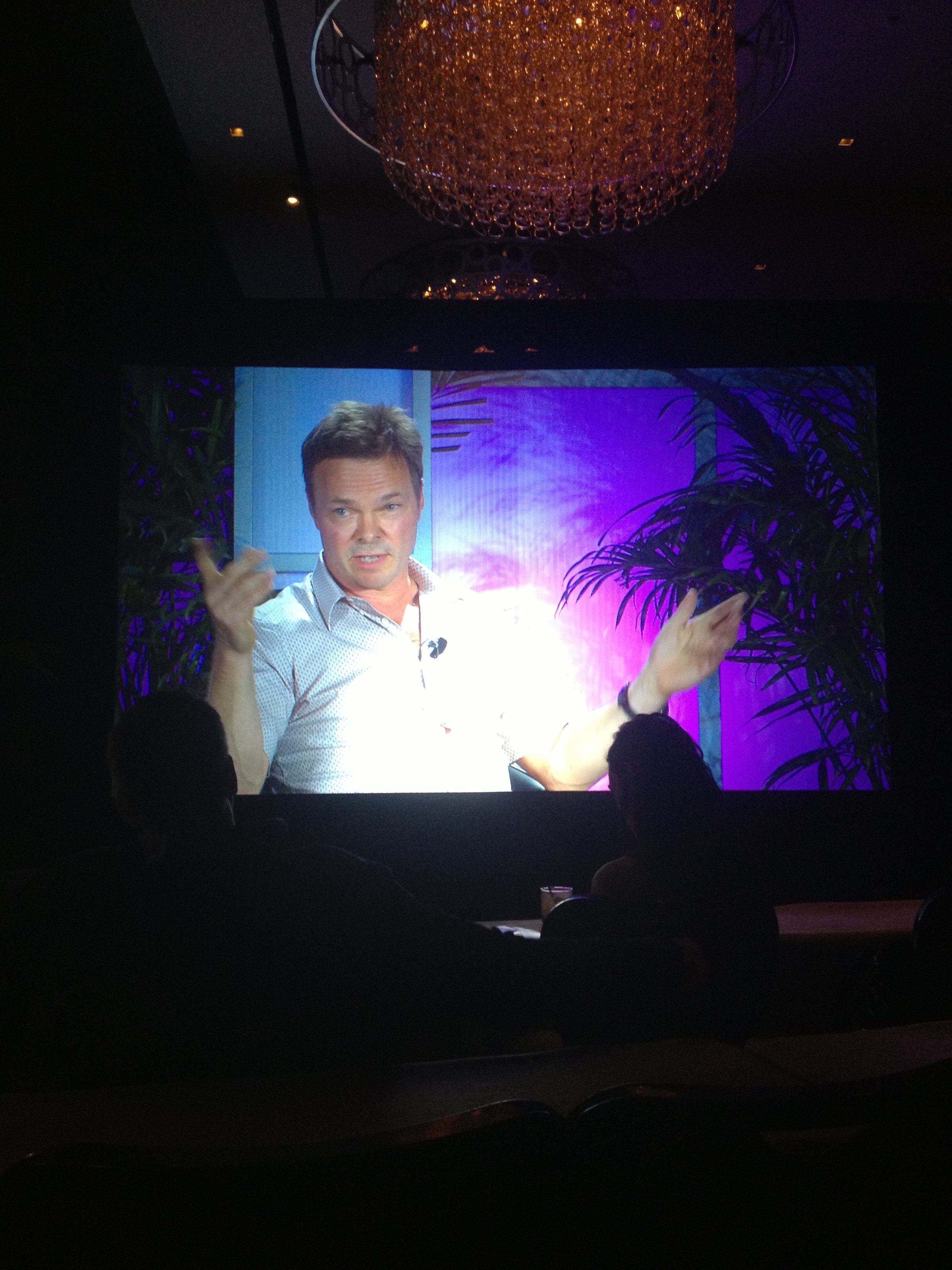 The most notable pannel of the day was without a doubt The Artist Panel, consisting of Afrojack, Borgore, Dirty South, Dash Berlin and DJ Wordy. This international pannel of talented gentleman had an engaging banter ranging from their favorite festivals, relationships in the industry, and vision for the future. Afrojack was by far the most vocal and humorous candidate. He was unafraid to adress and challenge recent controversy with his decision to produce for Nick Cannon and in his own words “his friend Paris Hilton“. Nick was very matter of fact and defended himself saying that he loved to do crossover work, work with passionate people, and most of all make his family and friends proud of the work he has accomplished.

Unfortunately the artist Q & A was less insightful as those with questions seemed to have been either in awe or straight intimidated by the pannel. Questions were fairly cut and dry and my least favorite of all popped up quite a bit, “Do you have any tips for aspiring artists and producers?” (I get asked this quite a bit, even though I’m not a big name producer nor DJ). The answer once and for all was a resounding “MAKE GOOD MUSIC!” and to send quality tracks to DJs and labels that reflects this sound. One question in particular which I felt was incredibly rude and poorly worded was aimed at Afrojack, it was something along the lines of “If you produce for money, how then do you have integrity?” This visibly annoyed Van de Wall and he used his eloquence and humor to rip into the attendee, much to the visible delight of the conference. 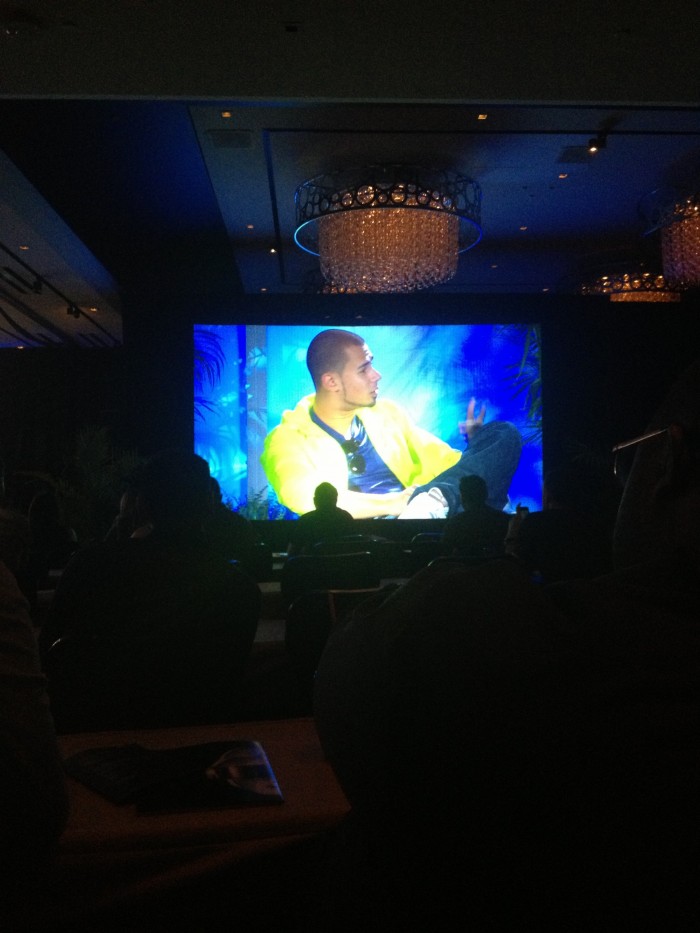 Afrojack responds loud and clear to criticism. This is a man who does what he wants.

After the artist panel ended, we headed out the Cosmopolitan Pool Party ft. Infected Mushroom and danced the last night of EDMbiz 2013 away into the early hours of the morning. Exhausted and totally content, I made my exit from Las Vegas the following morning, leaving the Your EDM staff to cover EDC 2013.

Analysis: The Importance of EDMbiz

Simply put, EDMbiz strengthened my faith in the EDM scene. It proved that big things are in the works for the community and that there are thousands of people working to further the music that they love. Those not in attendance can be certain of one thing, some big, huge, gigantic names with great deals of capital have taken notice of the rise of EDM. But more importantly the people can be rest assured that this will not compromise the scene. Instead it will open many doors and provide dynamic opportunities to further the scene and streamline the experience.

Furthermore, Insomniac Events has further solidified themselves as leaders of the industry, who are truly passionate about keeping the experience alive and well. I met many people from Insomniac who are very excited to continue bringing the most innovative experience they can to the fans, after all they love this music as much as we do. When the industry comes together the main focus is truly, how can EDM be made bigger and better. Even with the inherent competition of the industry, the simplest goal is to continually ‘do things better’. We here at Your EDM want to personally thank Insomniac Events for inviting us out to be apart of what was a very special experience… One that we will not forget and will most certainly learn and grow from. For any skeptics, I’ll confidently state that EDM is more than alive and well, it’s growing and evolving… It’s here to stay.