by Your EDM Staff
in Bass Music, Dubstep

If you’ve never heard of Barely Alive, the mysterious young duo made up of Massachusetts natives Matt and Willie, it’s about time you got acquainted with one of most promising rising acts in the bass music scene. Matt and Willie have this insane ability to seamlessly blend epic melodies with a barrage of gut-wrentching basslines that makes for some of the most dynamic and hard-hitting productions in recent memory. There’s no doubt in my mind that just one listen through their latest remix will have you hooked on their signature sound and begging for more; something truly magical happens whenever these two bass monsters put their heads together! 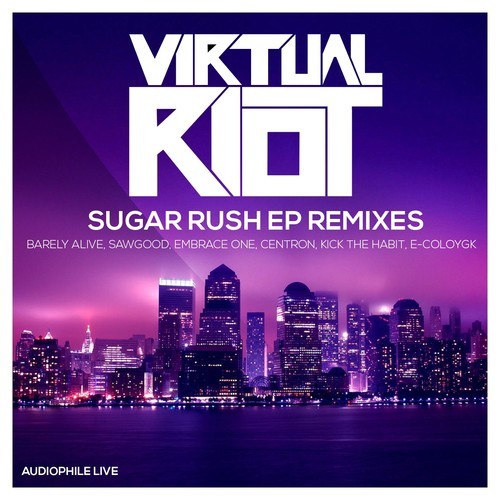 I’m a huge fan of Virtual Riot in general and “Sugar Rush” is definitely one of the better complextro tracks I’ve heard all year. However, being the huge dub-head that I am, I couldn’t help but find myself wanting something a little more aggressive from the more upbeat track; you know, something better suited to fulfill that primal urge I seem to get all the time to violently whip my head back and forth. Well with this remix, Barely Alive has managed to do exactly that! Barely Alive’s sound design really shines through in this remix, especially in their bass growls, which are as filthy as they come, and their masterfully crafted laser-like synths that ‘PEWPEWPEW’ like no other. It was also really nice to see that had lots of variation between the sections coming after the first and second drops, which definitely helped to keep things fresh unlike a lot of other dubstep tracks where the drops are too similar. I cannot commend Matt and Willie enough on their ability to put their own wicked little spin on someone else’s track while still maintaining the feel from the original; I’m truly blown away by this remix and I’m looking forward to many more!

Check out the premiere below and let us know what you think in the comments!