by Samantha Maraval
in Blast From The Past, Featured, Trance

Considering the average festival-goer these days cannot legally buy a pack of cigarettes in the United States, I would consider myself a rave grandma in today’s EDM scene. I remember a day when not a single one of my friends could pronounce “Deadmau5,” when someone requested “techno” at a party and “Sandstorm” came on and when my friends and I owned cassette players. “Remember when…” is a step back in time to when people were more interested in grillz than glowsticks, when your only outlet for dancing (not grinding) was DDR and when it wasn’t considered normal to nap to EDM. So to kick off this new monthly feature, let’s start with a name even my parents recognize: Tiesto.

You know when you watch live performances of Above & Beyond and ASOT, and there are people hysterically crying in the audience? I’m one of those people. When I started listening to EDM, trance was king. I grew up listening to the likes of Tiesto, Paul Van Dyk and Ferry Corsten, to name a few. As Armin wisely pointed out in this year’s Dutch Influence documentary:

“Trance has developed and now is clearly reinventing itself. It happens all the time. It happened to house too. House was a bit less popular for some time, but is back again. They are movements, waves which rise and fall.”

In case you haven’t noticed, Dutch dance music culture is kind of a big deal. Just look at DJ Mag’s Top 100 list this year. 5 of the top 10 DJs are Dutch. And while I could certainly protest certain rankings within that list, it would be ignorant to deny that Dutch DJs are some of the most influential forces in the industry. Tiesto is one of their godfathers.

He didn’t earn that status by producing one mediocre banger (cough, “Animals”), he did it by consistently producing original, quality, boundary-pushing music over the course of 20+ years. Before “We Own the Night,” “Maximal Crazy” and “Take Me,” Tiesto produced trance music. Not just any trance music. He produced some of the most anthemic trance tracks known to this industry, many of which helped lay the foundation for modern day EDM.

In 2001, Tiesto released his first studio album In My Memory – a collection of trance wonders including one track that should sound familiar to many of you.

Two years later, Tiesto became the first DJ to play in a stadium environment. Fast forward 7 years and Swedish House Mafia is selling out Madison Square Garden in a matter of minutes. Thank you, Tiesto. His second artist album, Just Be, is nothing short of perfection. You know when you take the long route home just so you can listen to one more song? In high school, I would drive around in circles in my neighborhood so I could spend just a little more time listening to this album. “Love Comes Again”… “Just Be”… “Traffic”…“Adagio for Strings.” Drooling yet? Much to the trance family’s delight, “Adagio for Strings” was a regular in Tiesto’s festival sets this summer. So there trance haters.

While I can’t blame Tiesto for reinventing himself over the past 5 or so years to gain popularity with a younger generation, I need my Tiesto trance fix. Dear Santa, how about a Just Be Redux Tour? As you might have heard, Tiesto teased his fans earlier this year promising a new trance album if he was voted #1 on DJ Mag’s Top 100 list. Instead of crushing our hopes and dreams when he was voted #4, he released a new track featuring Disco Fries. Oh, and it’s a free download.

In its tranquil moments it has a bit of “Strobe” in it, and I mean that in the best way possible.

In a recent Q&A with Hardwell, Tiesto promised a new artist album in 2014. This begs the question…to trance or not to trance? Will our prayers to the rave gods finally be answered with a trancegasmic album? Is “iTrance” just a sneak peek of what’s to come in this new album? Only time will tell.

Tiesto has been very successful at reinventing himself and staying relevant to a mass audience over a period of nearly two decades. One minute he’s playing a more mainstream set to 100,000 fans at EDC Vegas, the next minute he’s releasing a 2-hour After Hours deep house set. (It’s amazing if you haven’t heard it.) Tiesto is never afraid to experiment with new sounds and catch his fans off-guard with something unexpected.

“Don’t imitate, innovate. That’s my advice for new DJs. Imitating gets you nowhere. You’ll have to find your own sound. ” – Tiesto, Dutch Influence 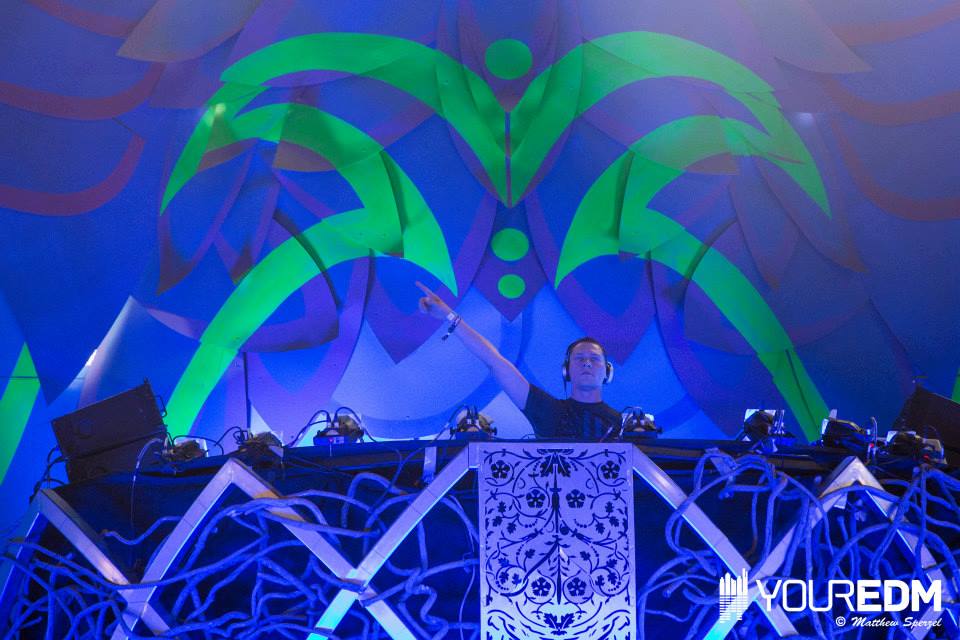 So what’s the balance? How important is it to stay true to your roots? Is it more important to continually reinvent yourself to stay fresh? How much reinvention is too much? I’m not sure we’ll ever get another Just Be but we can hope for a fresh, new trance sound. Trance is making a comeback. Armin continues to build his army of trance fanatics, and other artists who temporarily divorced themselves from the trance family are making their way back. Just look at Paul Oakenfold who is wrapping up his Trance Mission tour. Tiesto, it’s your turn. We’ll welcome you back with open arms.

In the spirit of #tbt and trance history, I’ll leave you with one of my favorites.