“We Are Animals” – Martin Garrix is Coming to America!

After hearing Animals played by just about every other electronic artist within the past year, Americans will be happy to hear that they can finally see the brainchild of the famous song live in their home country on Marin Garrix’s first ever US Tour “We Are Animals“.

We Are Animals, which fits around Garrix’s school schedule and includes his production partner Jay Hardway as support, is set to go off in 7 North American cities, including a stop in Toronto.

Although Garrix has been touring Europe, he admits that he is not a fan of playing long, 5-6 hour marathon sets, telling Dutch radio personality Wessel van Diepen, “I prefer playing sets for one and a half hours – it’s not too short, so you can weave your story, but it’s not too long.”

The tour makes its first stop at Pacha in New York City on January 31, 2014. Get your tickets here. 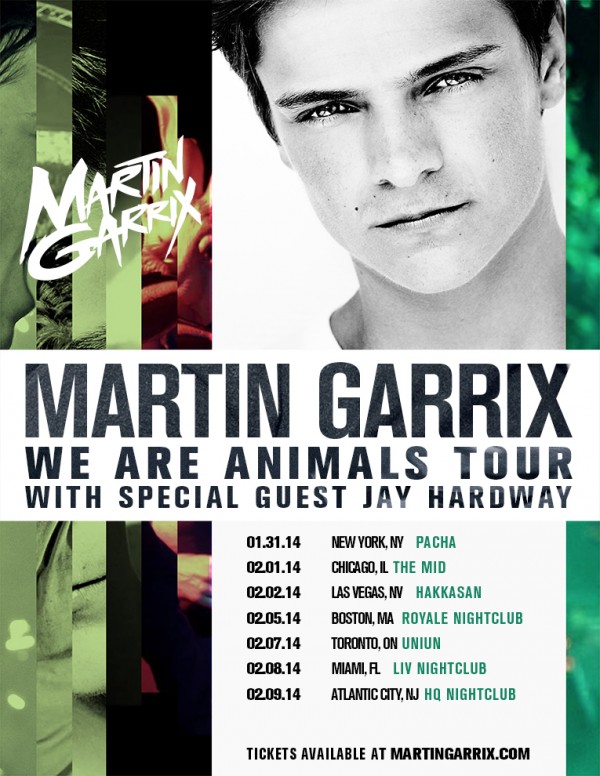