by Your EDM Staff
in Editorials

In the past few months multiple stories alleging well known producers of purchasing their songs hit the web and took the blogosphere by storm. Two of the stories proved to be false and the love triangle between EDM media, artists, and fans was more agitated than a lactose intolerant’s stomach at all you can eat pizza night.

The spurious stories that emerged reminded me of the ‘he said she said’ juvenile squabbling of a millennial high school movie. This is not how a progressive art form should carry on, so I decided it is about time for someone to take responsibility and bring this cinematic kerfuffle to climax by pointing out the mistakes made by each party in this delicate relationship that surrounds EDM.

In order to fully understand our responsibilities to each other as fans, artists and media, and to give this argument context, I will briefly go over the two previously mentioned erroneous stories.

The first story came to fruition when DJ Snake uploaded a remix called “DJ Snake vs. The Prodigy & Mercer – “Breathe (Parisian Vision).” The track was eerily similar to a track  Seattle producer Breaux uploaded a few months prior by the same name. By eerily similar, I mean exactly the same aside from some mixing and a few added percussion samples.

It turned out that the upload by DJ Snake was never meant to see the light of day and was merely an edit he had made for his live shows. Breaux was easy to affirm that no plagiarism had taken place and EDM blogs across the web were scrambling to revise their stories that had stated DJ Snake might have conceivably ripped off the lesser known producer.

The second story came to our attention by way of ElektroKill Media, when they uploaded a document that alleged that two of the biggest Big Room tracks of 2013 by Dimitri Vegas & Like Mike vs. DVBBS & Borgeous, “Tsunami” and “Stampede,” were ghost written by Dutch producer Maarten Vorwerk. After a small amount of digging, and Maarten Vorwerk taking to twitter to debunk the document, once again, EDM blogs, and general music media outlets alike, had to retract their previous posts on the ghost written productions. 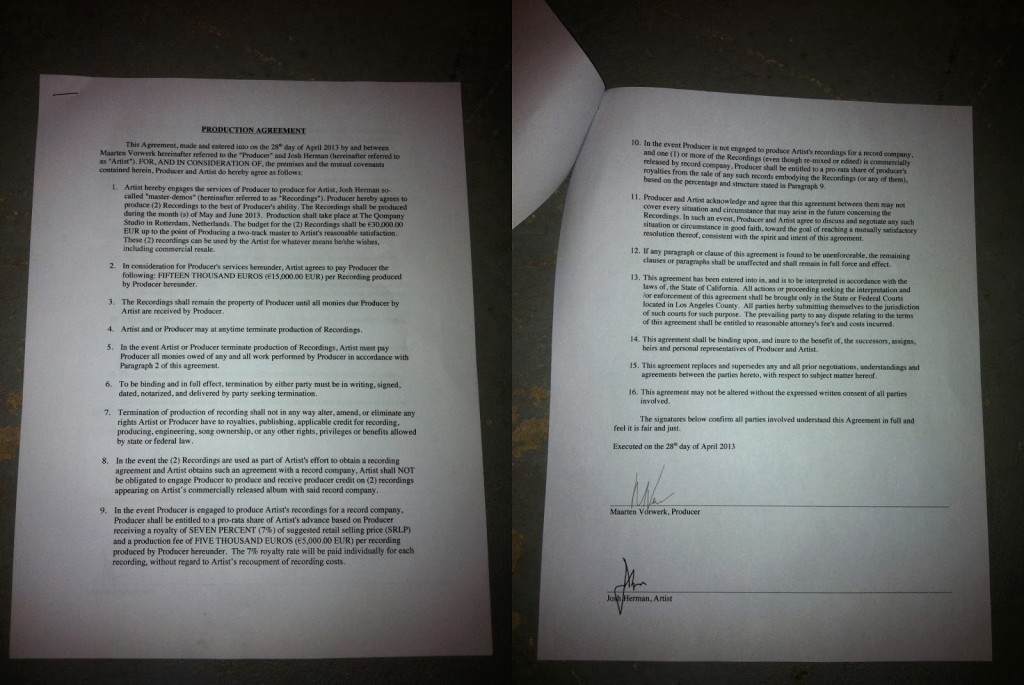 So why did these two false stories gain so much media attention; because, as journalists, we were baited and we were too hungry not to bite. If true, these stories would have been massive, especially considering they involved several of the biggest names of 2013. Everyone with an EDM blog wanted to be the premiere bridge between the reports and the readers, and like dominos we all fell to the temptation of publishing the dubious accounts.

Now that our appetite for juicy scandals has been exposed, it opens the door for anyone to publish misinformation with the attempt to gain mainstream media exposure. With this in mind, I would like to point out it is not just us, on the media side, that are hungry for big stories, but we publish what will be interesting, and in demand,  for the reader. So why are we so in need of scandal in our lives that we will bite at anything on the rumor mill?

It is rooted in the 1st world’s obsession with celebrity and the insecurity we develop by putting ourselves in a class below the self identified elite. When mom told you, “you can be anything you want when you grow up,” a majority of us took that as, “so I can be famous and make everyone want to be me,” although a strong yearning for making others jealous is evidence of one’s lack of confidence for being able to obtain their desired prominence.

In order to mask our insecurity, we inflate other people, treating them like royalty  only hoping that one day they will fail so that we can affirm, “see they aren’t as great as they were made out to be; there is still a chance for me to be better than they were at their peak.”

These stories blew up because, as a culture, we wanted them to be true. We wanted DJ Snake, Dimitri Vegas, Like Mike, DVBBS, & Borgeous to be frauds. It would assert that those characters we held on a pedestal were nothing but mere mortals, not royalty but just an average person like you and me.

These two incidents and their subsequent retraction stories touched me in a personal way because I religiously follow network news media and have witnessed the shoddy job done by networks to inform the public of stories that will have a potential impact on their lives. In the end, as EDM news media, our job is only to provide you with the factual events surrounding our culture and allow you, the reader, to decide how they will effect your relationship with the scene.

With this responsibility tattooed across our chests, we owe it to the readers to only publish stories that have concrete evidence. EDM has grown to such an extent that it deserves legitimate news resources and not just a shark tank of rumor mills.

This is particularly true for the DJ Snake/Breaux story, because it was originally brought to light by DoAndroidsDance, who never claimed that the “Breathe” remix had been stolen, but merely pointed out the similarities of the two tracks. This is not where the offense was made, but when other blogs began to report on the report, while believing they were innocent of providing misinformation because technically DAD was the source material, the scandal flew down a slippery slope and people began taking the suggestion as fact.

The answer to this snafu is to no longer publish incomplete stories. Collectively, as EDM news media, I encourage journalists to secure statements before they publicize their information. The entire DJ Snake debacle could have been avoided if someone would have asked Breaux if the allegations were true before the post went live. After the story emerged, DJ Snake had been contacted and denied the allegations, but people rarely admit to fraud so don’t expect producers to come forward and admit that their tracks were purchased. Regardless of this, if we, the media, are going to point the fans toward a scandal, it should not be us affirming the scandal, it should come from within the industry.

As previously stated, there is a massive amount of competition between the EDM blogs to be the first to publish stories, so it is understandable why DAD moved forward, but the headlines for these stories, published by all blogs, pointed toward DJ Snake as a fraud, not on reporting the similarities between the two tracks.

This encouragement to get a full story before reporting is also true for the Tsunami/Stampede contract. Unless there was a quote from either party or someone had a physical copy of the contract in hand, there was no story. The other EDM blogs can do as they please with rumor based stories, but I advocate that it’s time that we join hands and agree that we do not want to become the Fox News of EDM media but the no, no, no…PBS News Hour I guess? It is our responsibility to rise above the bait of alleged rumors and provide the web with credible information because if we don’t, we will be failing the artists, the fans, and we will be failing as journalists.

Pasquale Rotella & Directors Speak With Billboard About ‘Under the Electric Sky’

Pasquale Rotella & Directors Speak With Billboard About 'Under the Electric Sky'