by Your EDM Staff
in Blast From The Past, Featured, Release, Worth Sharing

First, some background on the group and the back-story of how this album came about:

Chromeo, the Canadian electrofunk duo, is the impeccable combination of pheromone-infused vocals and smooth, sultry production that goes better together than peanut butter and jelly. The self-proclaimed “only successful Arab/Jewish partnership since the dawn of human culture” represents more than just a bond of culture and talent.

This new-wave group is also one of the banner carriers for electronic music; boldly bounding where no previous artist has gone before. Their ability to breach the main-stream barrier, yet remain apart of the culture they were founded upon, is simply unparalleled. The modern-day Hall & Oates, Chromeo has acquired a die-hard following with well over 400,000 Facebook likes, nearly 110,000 Twitter followers, and surpassing 40,000 YouTube subscribers. Hell, my 56 year-old mother has heard, and thoroughly enjoys their renowned hit, Jealous. 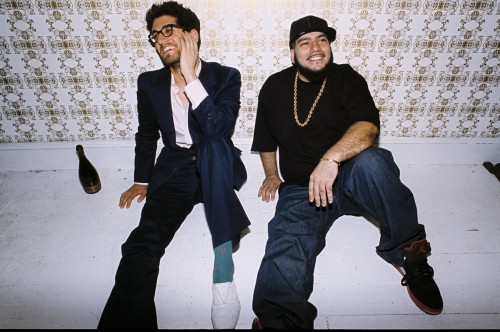 These remarkable achievements are seemingly only the beginning for the decade old duo, however. A packed world tour schedule and the promise of many sold-out shows will only serve to grow their already immense fan-base. Also, a brilliantly planned PR scheme ensures the two’s ability to span not only genre-preference, but also age. With press photos that clearly depict a pastiche of ages past and such a throw-back vibe throughout the entirety of the album, it is apparent why so many people can connect with these musicians. After all, isn’t 35 the perfect age to relate to? Old enough to “know”, but young enough to be hip; Dave 1 and P-Thugg are extremely well-versed in the world of music.

White Women is a deceiving title, however no racism is to be inferred. The title of a book by one photographer that the two trouble-makers admire, Helmut Newton, the attention grabbing designation is multi-faceted; it also stands as a metaphor of their ten-year “marriage” to each other, which is implicitly shown in their old-fashioned album artwork (a depiction of a “White Woman” standing betwixt the tuxedo-ed duo). 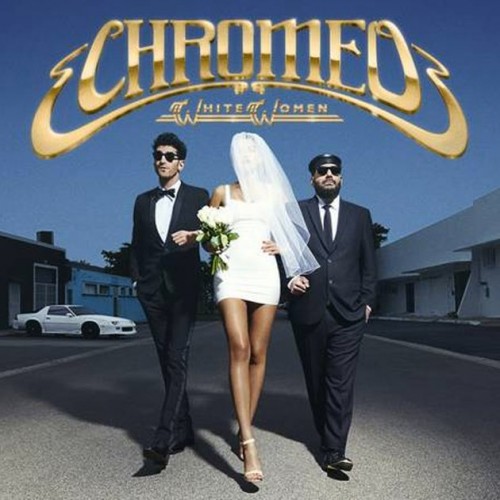 Pressing on to my analysis of the highlights from this brilliantly planned “buy-only” album:

Opening to their most well-known and well-loved track “Jealous” which has snowballed in popularity since it’s debut 2 months ago, Chromeo catches your attention right out of the gate. You’ve heard it before, but listen again:

Well now that it’s stuck in your head, again, let’s continue. The second track in this assemblage of artistry is “Come Alive.” With an extremely familiar sound and vibe, it’s obvious where you may recognize this type of tune if you’ve ever perused Hall & Oates discography.

The next track to duly grab my attention is number four in the album, Sexy Socialite. My personal favorite in this release; this track toes the line between sexy and salacious, with it’s provocative lyrics and fast, up-beat vibe. Curious breakdowns are amplified by mysterious panning and intricate risers before fading to a female vocal line that dialogues with the main character in this tune before joining it in a brilliantly layered fashion. Guitar rifts accompany funky manipulated vocals to close out SS, a nearly six-minute track.

The next two tracks Lost On The Way Home and Play The Fool provide a brief, down-tempo respite. Hard To Say No slides up the energy skill and is definitely worth your time before dropping into super-chill mode with the aptly named Ezra’s Interlude.

Old 45‘s comes ninth and brings back an old-school feel that nobody else is able to replicate today. A slowed down disco tune filled with romantic piano melodies and a perfect vocal mix, this track will make you want to slow dance with the “one” in your life; and just when you think the track is ending a guitar solo revives it for one final go ’round.

Somethingood and Frequent Flyer provide a more modern feel with obvious tech influences that you can two-step to for days. These tracks were obviously made to encourage mindless dancing in between hits.

The final track, Fall Back 2u is a perfect closer with clap rolls and vocal chops providing an exceptional groove. Background strings beautify the track just enough to lead into a simple, yet effective sax solo while the lyrics tell the closing tale of this impressive duo. The manipulation of vox in this track is most impressive, and proves just how well rounded Chromeo is.

(unfortunately there is no available stream for this track, so you’ll have to get it yourself to assess)

Speaking of purchase, this 12 track album is well worth the money spent and it would be in any audiophiles best interest to pick it up on iTunes here.