Skrillex took over Toronto last weekend by performing four shows over a three-day period; two of which were his scheduled Mothership tour sets, and the third being a impromptu back to back set with DJ Snake at an afterparty on Saturday night. His fourth and second surprise appearances, which took place Sunday at Cherry Beach, stirred up quite a reaction on social media, as his tech-house set garnered some “love-hate” responses, as observed by a Twitter user. 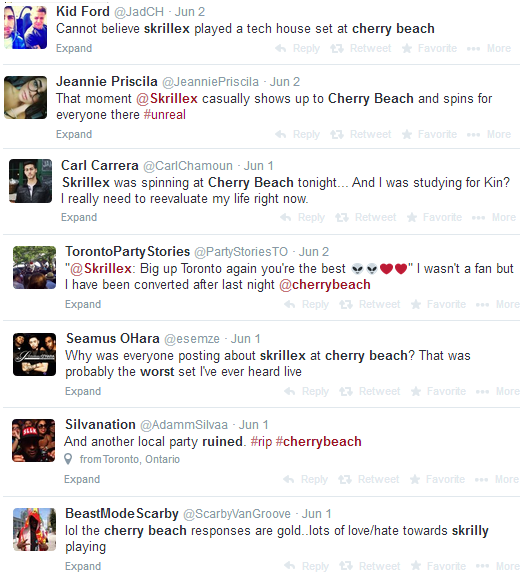 Catch a peak at his set below.