HOLY SHIP! is back! And this time it’s going to be twice the fun with two boats riding the seas side by side (not literally as each ship departs at q different time) where each boat has its own unique line up! That’s right, unlike Coachella and Ultra Music Festival, HOLY SHIP is opting to create a unique experience for each ship. The first ship will be departing on January 3rd and will end its journey on the 6th, and those on board can expect stellar sets by Knife Party, Pretty Lights, Flume and more! The second ship will kick off its trip on February 18th and will be returning to port on the 21st. Those attending the second installment will be delighted by strong performances from none other than Skrillex, Fatboy Slim, Bauuer and more!

The two cruises will also have different planned trips! Taken from the official announcement:

“The first cruise stops at a private island in Half Moon Cay, Bahamas, which includes the infamous pirate ship that attendees fondly remember from the cruise’s inaugural run in 2012. In addition, cruisers will enjoy a Day At Sea—a first for HOLY SHIP! –with pool parties and artist performances all day long as the ship heads back to Miami. The February jaunt will also give cruisers a chance to explore the island paradise of Nassau, Bahamas in addition to another legendary private island party in beautiful Coco Cay, Bahamas.”

So now the big question remains, which ship would you rather be on? 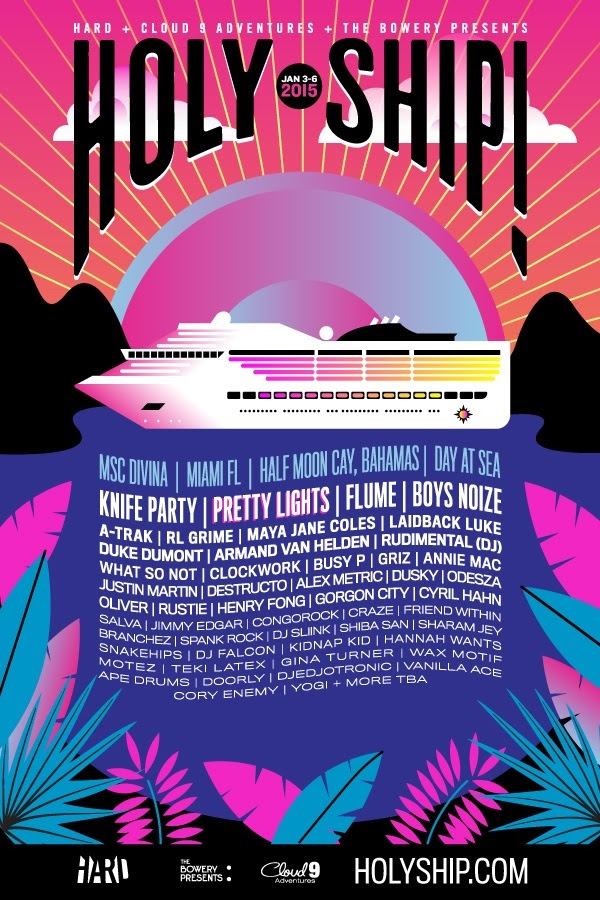 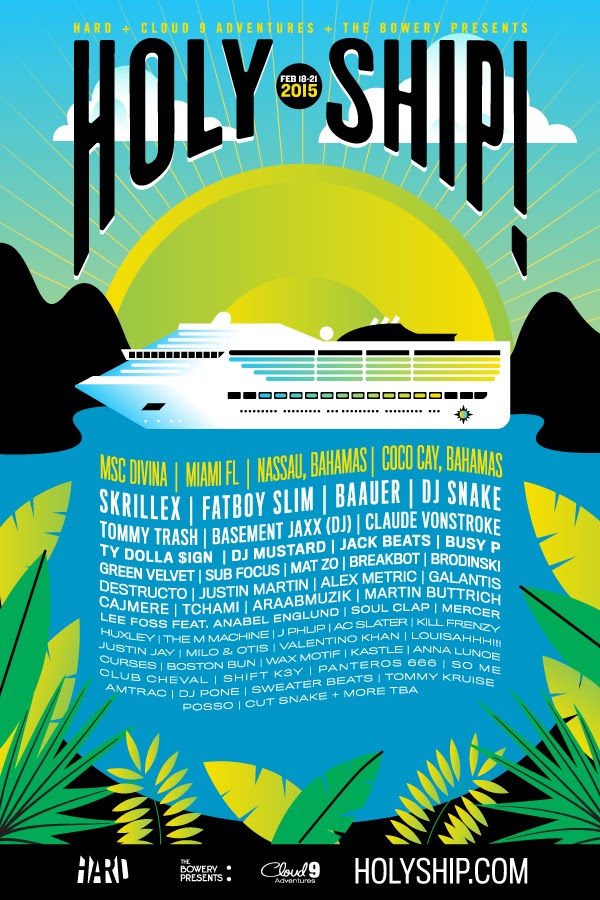