Krewella made quite the epic homecoming this past weekend when they took a break from their international tour to headline the Perry Stage at Lollapalooza Saturday night. In an interview with Billboard before their set, Jahan and Yasmine discussed what it meant to them to be playing Chicago’s most legendary festival, some of their pre-show rituals, but most importantly, how their second album is coming along. Here’s what Yasmine had to say about it:

I would actually put it at 50-percent [done] maybe? It’s hard to say because we keep writing songs we loved two months ago and now would never make the album. So it feels like one of those processes where you’re just building, building, building and you think you’re 50-percent but in a month we might be like no we’re only at 35 so it’s definitely a process, but we’re taking maybe 50-percent of the next four months off to really crank the second album out.

Well a lot of other bloggers out there took this quote and ran with it, immediately jumping to the conclusion that “Krewella’s sophomore album is coming out this fall.” However, I wouldn’t be so quick to assume that’s the case. A few weeks ago, I reported on an interview with the Krew from EDC Week stating that they’re “aiming for the first bit of next year.” So it seems as though they’re taking the rest of 2014 to get the album in tip top shape and ready for launch sometime in 2015. But here’s where things get really interesting… 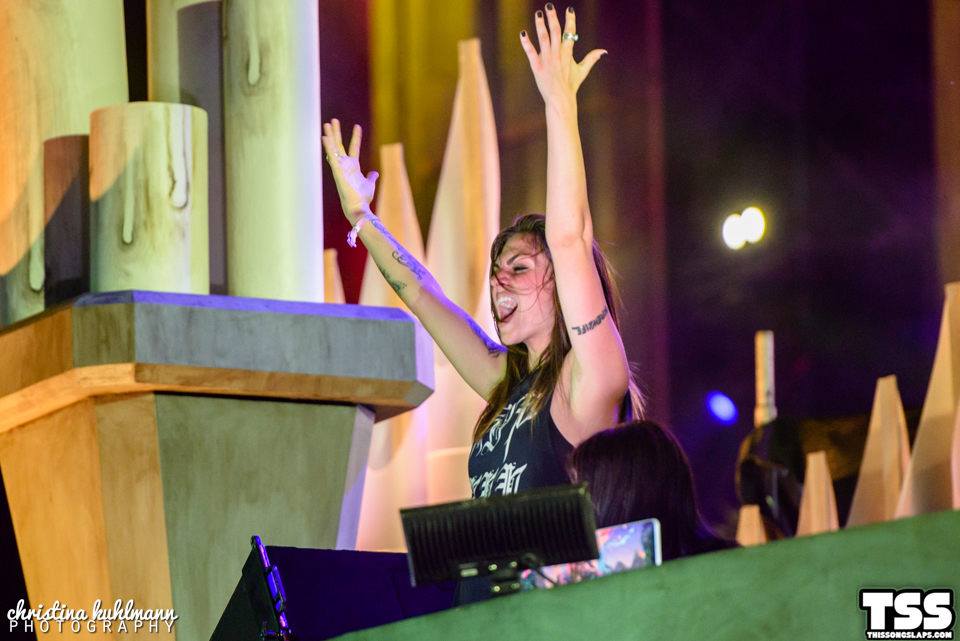 In that same interview, the girls were asked which artist outside of EDM they’d most want to collaborate with and they immediately jumped to the same answer:

Jahan: Linkin Park
Yasmine: Yeah, Linkin Park.
Jahan: We went to their album release party in Los Angeles a few days ago and it was great. They’re one of our teenage favorites.

Jahan went on to mention that “the writing is a little more rock oriented” and “production is a little heavier” this time around, so I wouldn’t be surprised if a collab was already in the works. Linkin Park’s “Hybrid Theory” is easily one of my favorite albums of all time, so there’s no doubt in my mind this potential collab would be one for the books. And while we don’t know too much about Krewella’s next album, at least we know they’re going for a harder, less commercial sound, which is all I ever wanted from them in the first place.

Yasmine: It’s harder. When we started making the album we already had the sound we wanted, we had the vision and the idea and now we’re just basing everything we make off that vision. We’re more excited about the music we’re making now than we have ever been about the music we have ever made. So if that gives you any hint to what it’s gonna be like, it’s gonna be a lot of emotion, a lot of sweat and rage, just a fun album.

P.S. Check out this interview the Krew did while they were in Chicago for Lollapalooza with VEVO All Access: