With all of the hype instilled by him and his loyal fans, Porter Robinson’s debut album Worlds has been one of the most hotly anticipated dance music albums of 2014. The thing is, it’s not exactly what anyone would expect from Porter given his pre-Worlds releases such as Easy, Language, Spitfire EP, etc. Porter has gone in a decidedly different direction with the album, opting for slower tempos and dreamier textures throughout. As a result, hardly any of the tracks appear to actually be “designed” around making people dance, which is something that Porter himself has alluded to on multiple occasions. With that in mind, let’s dig into the music…

1 – Divinity is the first track, and it serves as a great introduction to the overall concept of the album. You can hear detailed synth layers combined with elegant composition and dreamy vocals by Amy Millan. The chord progression is somewhat reminiscent of Sea of Voices (which you will find is a common theme across tracks in the album), but overall Divinity does a good job preparing the rest of the album.

2 – By now we should all be familiar with the second lead single from Worlds, Sad Machine. Featuring a female Vocaloid role in addition to Porter’s own vocals, Sad Machine actually tells a story; according to Porter, the vocal duet depicts “a lonely robot girl and the human boy who encounters her”. This is one track from the album where the vocals play an arguably larger role than the underlying layers.

3 – The third song on the album, Years Of War, begins with a Unison-like lead sound and grungy rolling bass that continue throughout most of the track. Breanne Duren sings the first verse, and joins Sean Caskey for the main verse before the chorus comes back. The song finishes with smooth electric piano chords, leaving the listener with a sense of closure. 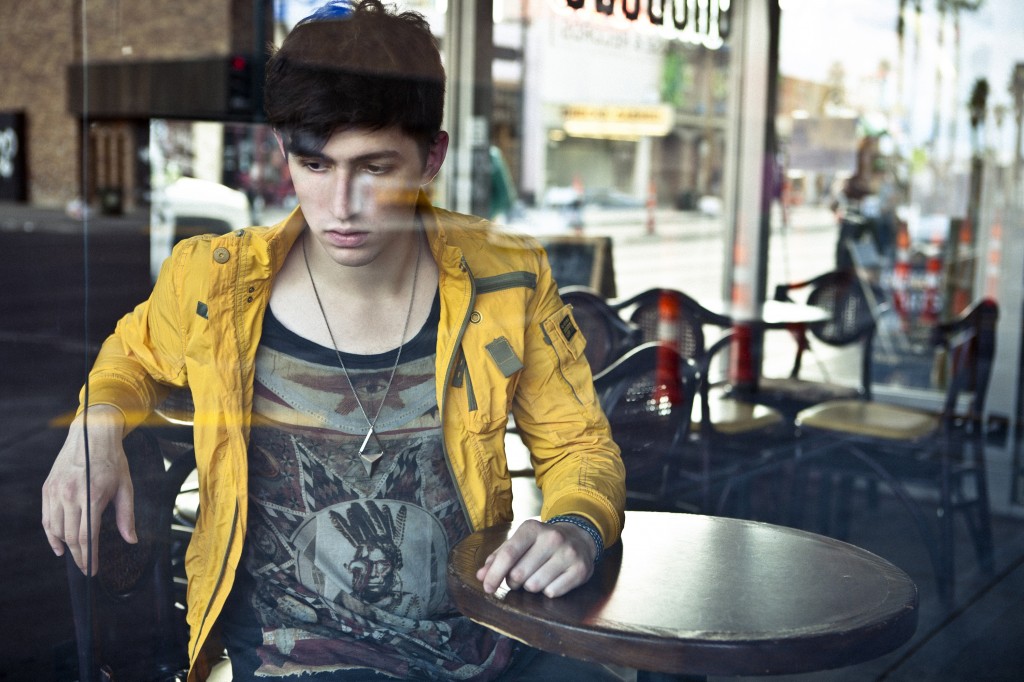 4 – Flicker was released as the fourth lead single from Worlds, which makes sense; the Japanese lyrics Porter included in the beginning are representative of his taste in Japanese culture and the influence of said culture on the creation of Worlds, and Flicker is as good of a song as any to introduce his fans to this influence. After an introduction with the aforementioned lyrics accompanied by some tasteful guitar loops, a rhythmic synth-driven groove comes in, followed by a hard, Justice-esque electro interlude. Flicker probably best embodies Porter’s aesthetic, one which is revered by his followers.

5 – Speaking of hard, Justice-esque electro: the fifth track, Fresh Static Snow, starts off in almost that exact same manner. We’re then reintroduced to the robotic Vocaloid style from Sad Machine, but with a different personality which, with noticeable distortion, makes for an entirely new character. Despite what the name may suggest, this song sounds more dirty and grungy than it does “fresh” or “snow”-like.

6 – Porter has previously expressed his interest in Norwegian duo Lemaitre’s music, and is bringing them with him for many of the shows on his Worlds tour, so it should come as no surprise that he’s collaborated with them on Polygon Dust It’s not entirely clear at this point whether Lemaitre simply provided vocals, or if they in fact co-produced the track itself. Regardless, in my opinion Polygon Dust has one of the more memorable melodies on the album, and when paired with the tasteful vocals, it makes for a very well put together track.

7 – On the contrary, I find Hear The Bells to be one of the less memorable tracks from the album. The combination of the atmospheric vocals from Imaginary Cities with the half-present melody results in what feels like a “filler” song; it no doubt has its place in the album, and absolutely contributes to the overall concept, but it can hardly stand on its own, with nothing to truly set it apart. However, that’s not to say that it isn’t still good music. 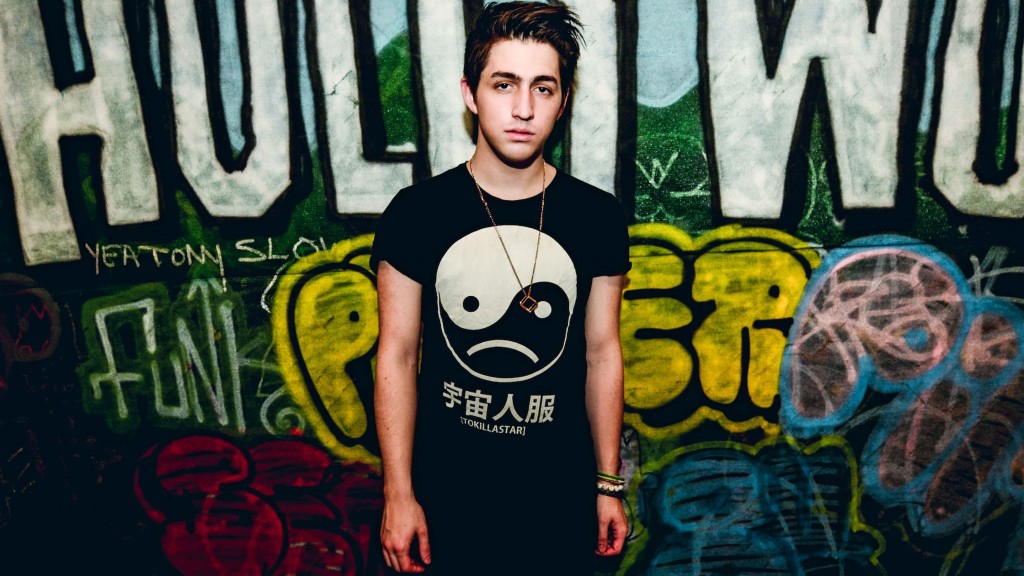 8 – On that note, Natural Light is actually even less memorable than the previous song; although in this case that seems to be the point. At only 2 minutes 21 seconds long, and with no vocals, this truly is filler material. Again, as was the case with Hear The Bells, Natural Light surely contributes to the vibe of the album, and Worlds likely wouldn’t be the same without its experimental sound, but don’t expect to have this one on repeat.

9 – What else is there to say about the next track that hasn’t already been said? As the third lead single, Lionhearted is noticeably “poppier” than any of the other songs on the album, without sacrificing composition or arrangement; the melody is easily one of the most memorable on the album, as are Urban Cone’s vocals, but the vocals and synths mean the song doesn’t stand out as being too vastly different from the sound Porter has developed through the album thus far. Lionhearted has been hailed as a favorite from the album for many listeners.

10 – Sea Of Voices was the public’s very earliest taste of Worlds when it was released as the first lead single back in early March. Although it was initially met with mixed reactions from Porter’s fans, I would argue that Porter made the right choice releasing it when he did; he has allowed his followers and listeners to prepare for his new style and adapt appropriately, surely gaining plenty of genuine fans in the process and losing the interest of those who could care less for anything that doesn’t go off at a festival. In my opinion, Sea Of Voices portrays Porter’s newfound outlook on music, and ultimately, the Worlds concept, better than any of the other tracks on the album.

11 – Now, onto my personal favorite, Fellow Feeling. Beginning with an incredibly well-written duet between piano and string ensemble (as teased in the original 10-hour announcement video), Porter has demonstrated his amazing diversity and musical skill in Fellow Feeling, transitioning seamlessly from an orchestral intro to a driving, glitchy, experimental, industrial, you-name-it electro beat, preceded by whispery poetic phrases. After another strings interlude, Porter employs many of the same tactics as he did in Language; grimy electro sounds during the buildup and massive chords and leads during the progressive drop. Although not necessarily the epitome of Worlds, Fellow Feeling showed just how diverse Porter is in his abilities as a musician and producer, and as the penultimate track on the album, gives a sense of finalization to the journey.

12 – The aptly named Goodbye To A World is the final work on Porter’s debut album, and it definitely feels like a proper conclusion. Interestingly, the last impressions Porter gives to the listener include a relaxed beat (which bears a striking resemblance to RAC’s Sea Of Voices mix), a fairly energetic progressive/electro drop powered by strong 8-bit chords, and one final use of glitchy Vocaloid verses. Although one might not at first find similarities between Goodbye To A World and a track such as Flicker, by the end of the album it is quite apparent that Porter has carved out his own sound.

After listening to the album in full more than three times, I think Porter has a winner on his hands with Worlds. Although certain tracks stand out more than others in originality, memorability, and overall quality, there are enough redeeming qualities about the music itself to warrant a recommendation to any electronic music fan. Plenty have said Porter is “changing dance music as we know it”, but I would have to argue that he’s simply doing a very different style and it’s only because of his rise to fame within EDM itself that he is viewed as a “trailblazer”. I’ve likened Worlds to Avicii’s 2013 album, True, in that the concept of stretching boundaries is not new, but the content itself is. Virtually none of the tracks on Worlds would “work” in a modern EDM environment, but that’s a moot point, as Porter is taking an entirely new approach to his music, while his fans join the ride. Overall, Porter Robinson’s Worlds delivers rich and detailed songwriting, advanced sound design, and plenty of other elements that make this album stand out.