Taking place August 23rd and 24th, the 11th annual FYF Fest will feature headlining performances from The Strokes and Phoenix, with additional performances from EDM favorites Flying Lotus, XXYYXX, and Tycho, as well as a newly reunited Blood Brothers playing their first show in eight years.

For the first time, FYF Fest will take place at The LA Sports Arena & Exposition Park in downtown Los Angeles. Produced in association with Goldenvoice, the festival will feature indoor and outdoor stages, offer expanded food options, and treat patrons to a one-of-a-kind festival experience.

Founded in 2003, FYF Fest began as a small, DIY festival at The Echo in the Echo Park neighborhood of Los Angeles and has since grown into one of the leading festival and concert promotions companies in Southern California. FYF hosts a diverse range of artists from varied genres, while promoting discovery and aiming to keep admission affordable. Last year, FYF Fest sold out the Los Angeles Historic State Park grounds for its 10th Anniversary, with 30,000 tickets sold for each day of the festival. Those of you fortunate enough to acquire tickets before the event sold out this year are sure to have a grand time. 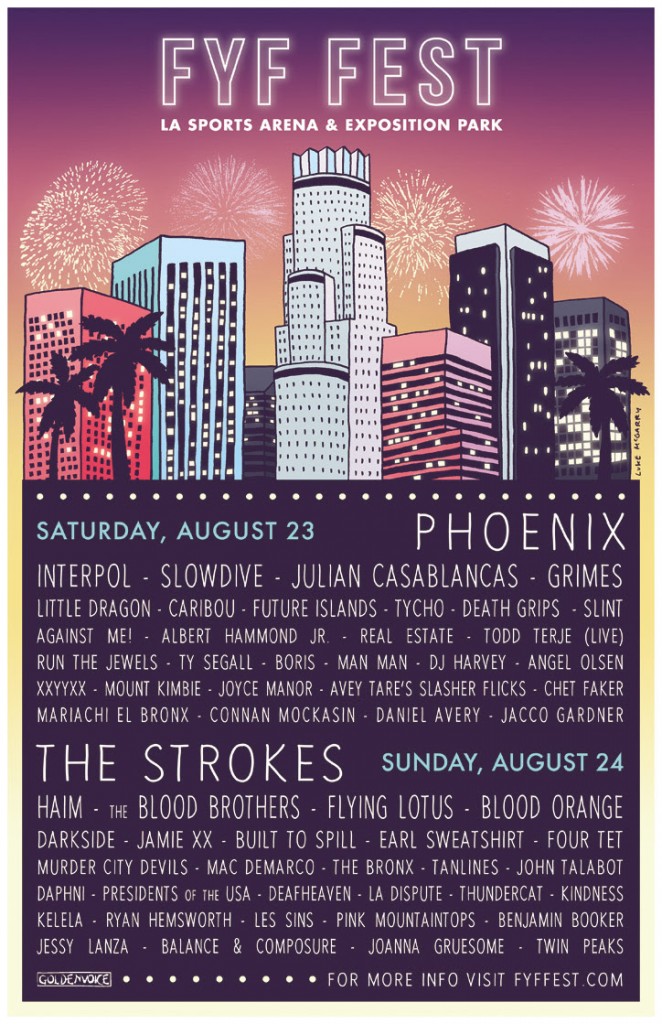