by Your EDM Staff
in Interview

Coming from a musical household, with his brother as a drummer for hardcore bands and his parents being fans of Bruce Springsteen and Elvis Costello, singer-songwriter Matthew Koma grew up with constant exposure to music. Starting at the young age of 3 or 4, he covered songs with his brother, with Matthew himself on guitar and his brother on the drums; at 9 or 10 years old, Matthew wrote his first song — “probably a bad ripoff of Don Henley and Bruce Springsteen lyrics,” he reminisces.

With music feeling like second nature, a career in music was something that just naturally progressed for Koma. His first EDM collaboration came after signing a record deal, when Dave Rene — A&R for Interscope — reached out to him with an interest in hearing him working with electronic music artists. Growing up in New York, Koma was always surrounded by dance music, but at that time, electronic music didn’t seem to coexist with songwriting. He eventually connected with Sebestian Ingrosso and Alesso for “Calling,” which prompted the first of several collaborations to come. “To strike the ground and find a way to collaborate without losing a sense of what we all did felt unique and special, and I wanted to do more after that. So next was being introduced to Zedd.” 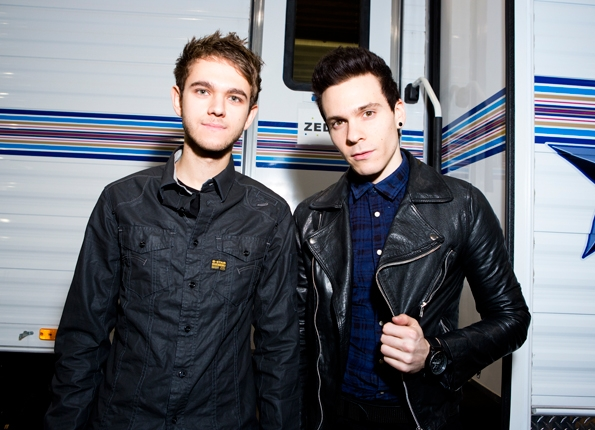 “At the time, neither Zedd or I had records out. We were both artists, and we kind of became fans of each other. We kept in touch and organically began writing songs together from our different influences and perspectives.” And so began a new collaboration that would result in one of the biggest tracks of the year, “Spectrum.” But upon being asked if “Spectrum” was the track that really catapulted Koma’s career, he disagrees. For him, his career comes from a culmination of everything. “My favorite artist — it’s always about the body of work, and not necessarily about one song. One song may be popular than another song, and it may reach more people. But every song along the journey of a writer or an artist is just as important because it’s all part of the bigger picture.”

Although he acknowledges that “Spectrum” was definitely a big part of his career, he also sees “Years” and “Wasted” as important songs in their own, different ways. “And I have a record full of songs that are going to come out that are going to be an important part of my story. My career is not necessarily measured by the success of sales or how many people know it; it’s more about what a song means in the context of my career span, what I’m looking to accomplish, and the art that I’m putting out there. I think all songs were part of making the picture what it is, so that people can dive in to a whole body of work and get a full taste rather than just hearing one or two songs.”

With collaborations with big names such as Afrojack and Tiësto for their respective labels under his belt, Koma has earned himself the title “The Voice of EDM.” As a singer-songwriter, however, Koma places a lot of importance on storytelling and connecting with the audience through the music, more so than being the literal voice for EDM tracks. And he’s able to find a common ground between songwriting — the lyrics or melody that reaches an intimate, personal level — and the electronic music that’s played on a large festival stage. “There’s a spiritual connection, where the audience feels something from the music or from the lyrics. When you marry the two worlds of songwriting and electronic music together to make music that feels emotional, it doesn’t feel like there are two separate ideals. We always see music influencing each other — bands influencing electronic, or singer-songwriters influencing electronic or vice versa, like Colplay doing songs with Avicii. They all feed off each other, and it’s more of being on the same wavelength. I’ve been fortunate with all the people that I’ve gotten to work with. We’ve created music together that has quite an emotional message suited to it.” 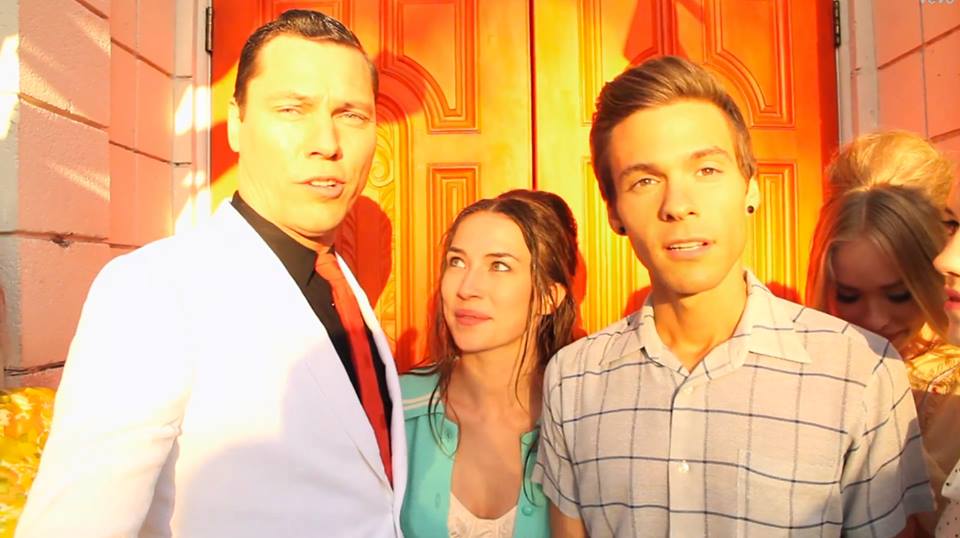 And being on that same wavelength can come in different shapes and forms. “With Afrojack, there were songs I had in production that he liked a lot, but wanted to bring more into his world for his record. Other times, he sent me tracks and I’d write on top of them. With Tiësto, we’d talk about music and artists we like, and what he was looking to accomplish for his record and what I was looking to do with music from a production standpoint. Instead of overthinking it, it was more like, ‘Here are some ideas. What do you think?’ Or he’d send me a song that he liked and asked me to work on the lyrics.”

Working with producers from different backgrounds, Koma adapts to those artists and their own styles, while still keeping true to his own sound and style when working on his own music. He likens the different roles to wearing a different headset. “When I’m producing a record for somebody, my role is to help them realize their vision. It’s like if you’re taking your best friend to go shopping, you’re not picking out a jacket that looks best on you; you’re picking out a jacket that looks best on them. I’m more concerned about putting out a quality version of their vision. When working on my music for myself, it’s my vision so it’s not about compromising or executing someone else’s thoughts.”

He sees the two different roles as a healthy process, as it helps him gain a different perspective. “It gives you a chance not to be attached to a certain way, and you have a different judgment process which helps when you come back to working on your own music, which you can become too close to.” 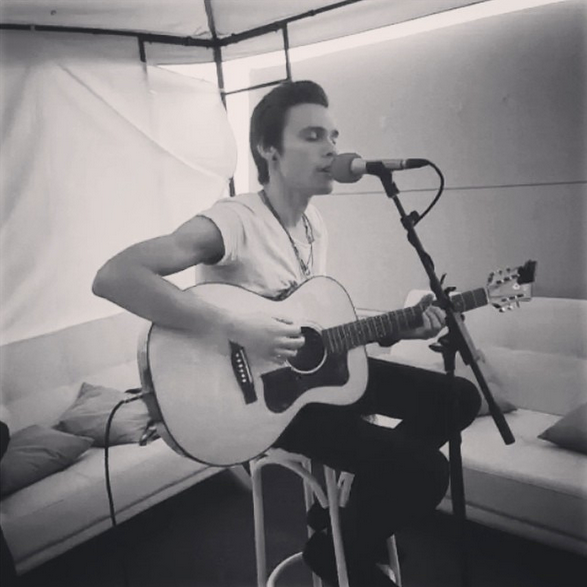 When explaining his work and collaboration method, Koma describes it as an organic process. “I think that a lot people assume that songwriting is going in a studio and cranking out lyrics for 6 hours, but it’s more about letting it come out naturally. Sometimes it’s 10 minutes and sometimes it’s a week. Organic to me is when I hear music and respond to it and want to write to it, or when an idea is born and I get inspired to do something. When a process is contrived, or people are trying too hard to go after a vision or ‘write a hit song,’ I don’t find that as enjoyable as saying, ‘Hey, let’s make something great’ and trusting each other’s judgment and letting each of us do what we do well and see if those processes work well together. That, to me, is an organic meeting where both sets of influences are working together to serve a purpose and to create something special, versus trying to force something or make it too proper. I prefer the process to be a bit messier.”

As for inspiration, Koma seeks other artists outside of his work to get a new perspective. “One artist I’m obsessed with right now is John Fullbright, a singer-songwriter I discovered. He has a great voice and has been inspiring me lately, and I’ve been listening to a lot of him on flights. He’s very calming, has good words, good stories and good records.”

What’s next for Koma? He has an upcoming album which he intends to be a sole representation of himself — a record that lives in its own space. He chose not to collaborate with any big names so that people could get a clear picture of who he is as a solo artist, as he produced the majority of the album on his own. “It’s definitely exciting because it’s the first time I’m putting a body of work that’s mine. Records are a snapshot of a specific period, and as time goes on you outgrow your attachment or what you’re weary of. So I’m excited to have a batch of songs that I’m going to be able to put out soon. I’m ready to put out a record that’s my statement.”