You recently released a very inspirational collaboration with The Boxer Rebellion titled “Keep Moving”. What was it like working with the band?

It was a great experience for us because we are such fans of the band and such fans of the original song. We reached out to them because we thought the song could work in a club format without losing any of the emotion. They never do remixes of their songs, but they agreed and they ended up loving what we did which was really exciting for us because we spent a lot of time on it and really made an effort to make sure none of the original emotion was lost. Sometimes balancing emotion and dancefloor appeal on a record is tricky, but in this case we were really happy with the result and excited that they were so supportive and stoked to work with us too!

Your recent remix of Coldplays song “A Sky Full Of Stars” is making alot of noise. Did you have a specific vision while putting together the remix?

It’s a similar situation with Coldplay as far as making sure to keep the emotion. Coldplay is definitely one of our favorite bands and their influence is all over our music. The reason we love them so much is really because their ability to clearly express emotional content in a genuine way is just tremendous, both musically and vocally. Chris Martin is an incredible songwriter, so being able to work with his vocals was such a treat. We didn’t know exactly what we wanted to do when we started but we knew the chords had to bring out the emotion of the vocal. We loved some of the instrumental parts so we ended up elaborating on some of those riffs and it got done in just a few days because we were on a tight deadline- but sometimes that forces you to make strong decisions and in the case it worked out!

Kam from The Chain Gang of 1974, was introduced to us by a mutual friend. We heard his band’s music and fell in love with it. He came over for a session and we wrote the demo for When We Were Young. We were all excited about it because we knew we had something special in the works. While we were starting to work on the direction of the production, Dillon heard the demo and loved it and hit us up about collaborating on it. We were really curious to see where he would go because he makes so many different styles of music. We sent him the parts and he came up with some amazing stuff and took the song in a more electro pop direction which we loved. After a bunch of online back and forth, we finally got together with him in the studio and finalized it in LA and it was definitely one of the most fun studio sessions we’ve ever had. He’s such a funny guy but also incredibly sweet and down to earth. So many people in our scene take things and themselves very seriously, and he just doesn’t take himself seriously which makes it all incredibly fun- I think we were kind of missing that energy so it was really refreshing. He’s a super talented dude and we actually have a couple other things in the pipeline with him. His album is awesome and is definitely gonna be huge so we’re really excited for it!

Do your travels have any effect on what inspires your music?

Absolutely. We meet so many people and see so many amazing things that they always play a part. The fact that we get to share those experiences with each other makes it easier to translate into our music. A lot of times, we will get inspired by seeing another DJ play at a festival or walking around the streets of another country and seeing what other people are interested in gets you inspired. Traveling is always inspirational because it always reminds you that the world is a vast place, and there are so many possibilities in this life.

Can we expect anymore releases from you this year?

Yes! We have a song with a big indie band that we can’t talk about just yet but it will come out this year and we’re very excited about it. We have some more edits and remixes coming out on our label Harem Records. And we’re just starting to write new songs that continue our attempts to blur the lines between indie/pop and dance music so we’re excited to share that with everyone! 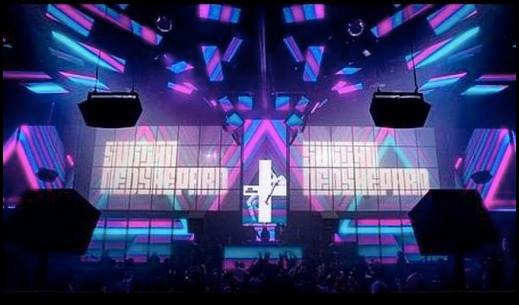