UPDATE: A petition via Change.org was set up and subsequently received the goal of 1,000 signees. TomorrowWorld has responded by ending the ban on camelbaks. 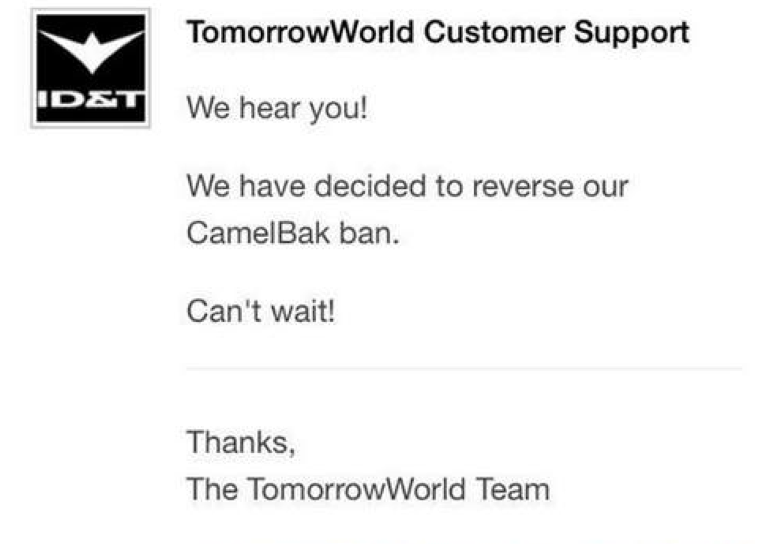 If you thought you were gonna walk through the gates of TomorrowWorld with a camelbak, think again. The festival is following suit with Ezoo, who recently made the same decision for their event. Backlash was received by Ezoo and I don’t think TomorrowWorld is going to miss any of that action with fans still tender about the situation. One thing that should be mentioned though is the fact that both festivals fall under ownership of SFX, which means there’s a possibility that the decision to ban camelbaks was handed down to the festival management. Although this is the only item worth glaring at on the prohibited items list, it surely is a big one. If this trend continues, I’d be very surprised, as I think it is a terrible decision. I, along with most other ravers, still don’t see how this is going to help with drug safety. I mean, who really hides their drugs in a camelbak anyway? And as good as the water stations are, they still aren’t efficient enough to replace camelbaks.

For the full list of prohibited items, you can go here.