It’s just been revealed that star duo Gareth McGrillen and Rob Swire of Knife Party will be taking over Insomniac’s newly announced event BOO! for Halloween. While other special guests remain unannounced, this news should be enough for many of you to get excited for the hot and highly anticipated event. Scheduled to take place at the Barclays Center in Brooklyn, this year marks the first installment of BOO! and with that in mind, it’ll be interesting to see what Insomniac Events will have in store for its attendees.

Fans of Knife Party can expect the duo to perform a handful of tracks off of their forthcoming debut album “Abandon Ship” as the LP is scheduled for release on October 27th.

More information on the event is slated to come out soon and tickets will be made available for purchase September 12th at Noon EST.

In case you missed it, Knife Party released Resistance, the first single off of Abandon Ship. You can grab it here: Knife Party’s Resistance 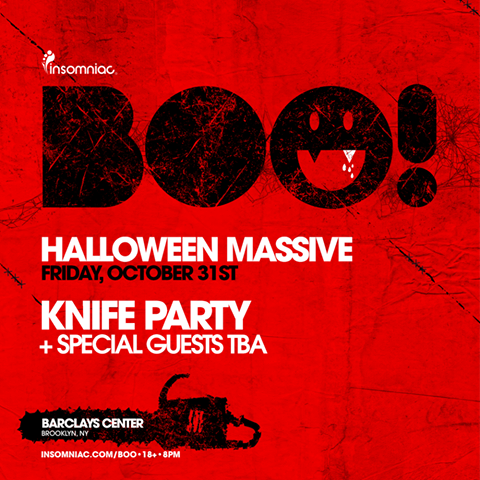