UPDATE: I made sure to be careful with my words and not call out the entire crowd, but as always, some people skip over that part. Porter has issued a response on Twitter, clarifying that it was just two individuals who were causing the trouble. As far as we know, everyone else at the show was well-behaved. 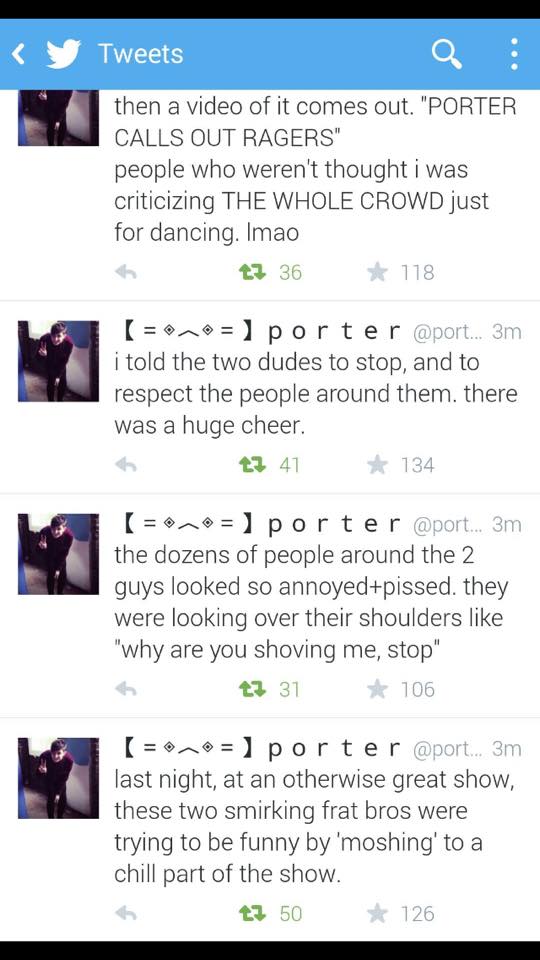 During his set last night in Urbana, IL at Canopy Club, Porter Robinson had to cut the music off for a brief moment to call out a select few in the crowd who felt that his music was worth moshing to.

“Yo, this isn’t moshing music. Respect everyone around you. For God’s sake, this is supposed to be pretty. Rage somewhere else.”

The announcement to the crowd was met with raucous applause and implicit approval. Too often, those attending an EDM event don’t know how to mosh appropriately, and risk ruining the experience of those around them. Anyone who has listened to Worlds or has been to one of the stops on his tour knows that it is not the appropriate place or music for moshing.

25 Live Sets & Mixes for the Trek to TomorrowWorld

25 Live Sets & Mixes for the Trek to TomorrowWorld