by KSpence
in Editorial, Featured, Reviews

Tuesday night, Deadmau5 gave select fans a chance to witness a free show in New York City. Thousands RSVP’d weeks ago and waited hours outside the Honda Stage in Flushing, NY to see him. The concert was held to celebrate his new 5 Years of Mau5 album, a compilation CD featuring both deadmau5 originals and some of the most popular remixes of his tracks to date. (View the full track list here.)

Fans arrived as early as mid-afternoon, as GA admission was limited. Fans ventured from all over the Northeast, some to see Deadmau5 for the very first time. Mau5trap label mate EEKKOO greeted guests with lengthy deep house set, which perfectly complimented the artsy warehouse vibe at The Honda Stage. While everyone waited for the headliner, many explored the area, being treated to blue LED sunglasses and free headphones (courtesy of Pandora), glowstick headbands in the shape of Mau5 ears, a photobooth, merch table, and more.

Deadmau5 took the stage at 9, but waited to officially begin until the web stream went live. He entertained the crowd shortly with his awkward banter, which is almost as signature as the helmet he wears during his sets. Once given the okay, he promised to “Shut the fuck up and play some music,” and for the next 90 minutes reminded many of us why we fell in love with dance music in the first place. 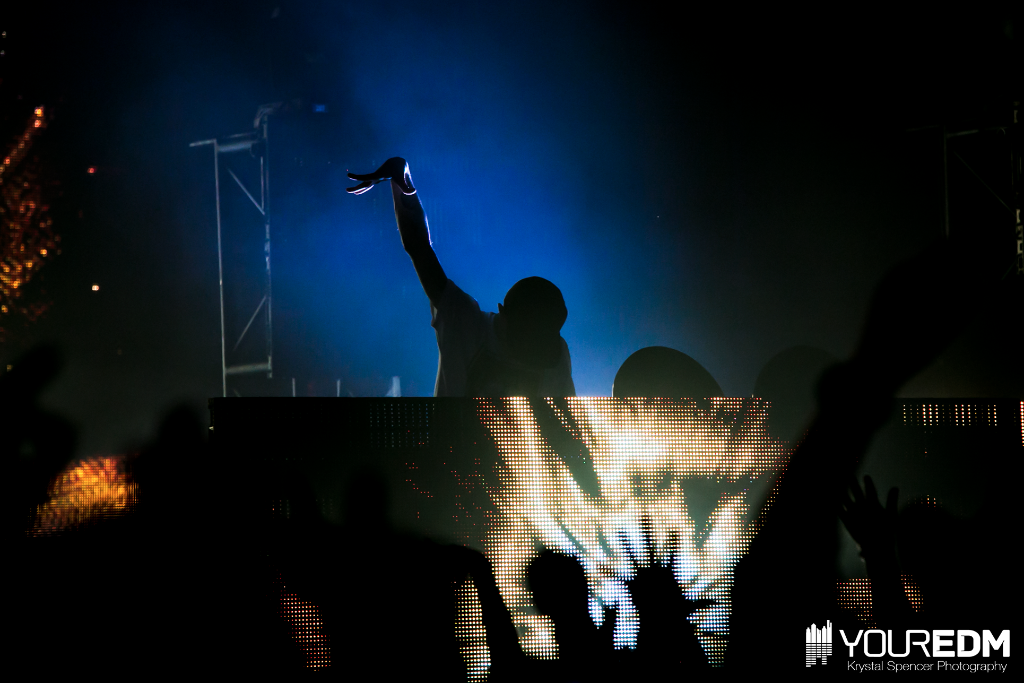 Regardless of how you feel about Deadmau5′s personal views on the current state of dance music, one thing is universal: he is an incredible DJ. Even without the mau5head, the robots, and even the visuals, Deadmau5 never fails to impress. Every transition was met with a wave of applause, especially when he blended both the original and remixed versions of tracks like “Some Chords.” Some tracks were also given live treatments to provide a third layer, like “Ghosts n’ Stuff” ft. Rob Swire. But not all were Deadmau5 originals and their remixes; he snuck in his spin of Morgan Page‘s “Longest Road,” too.

From “Ghosts n’ Stuff” to “Avarita” and all the tracks in-between, the past 5 years of Deadmau5‘s career have been an inspiration to all. That night was truly a celebration of all his achievements as both a producer and performer. If these next 5 years are even half as memorable as the first, then the Decade of Mau5 album and subsequent party will be another unforgettable night for fans. The album drops November 24th, but you can pre-order “5 Years of Mau5” on iTunes now.

Want to relive the night? Check out our gallery below: