It seems like we are being bombarded left and right with lineup announcements recently and the only thing wrong is that it’s making it harder and harder to decide what to attend this coming summer. The native Chicago festival Spring Awakening put on by React Presents has just announced their lineup and boy is it good. This year (at least in my opinion) is all about the undercard artists, and with the likes of Justin Martin, Seven Lions, and Keys N’ Krates gracing the bottom of the page, there are some real gems to look out for this year in the windy city. Spring Awakening’s headliners include Zedd, Tiesto, Hardwell, Eric Prydz, and even a surprise addition who will making their Chicago debut. Let’s just hope making your choice on what to attend this festival season isn’t too difficult with this being thrown into the mix now.

Check out the lineup below and be sure to grab your tickets here, which are on sale now! 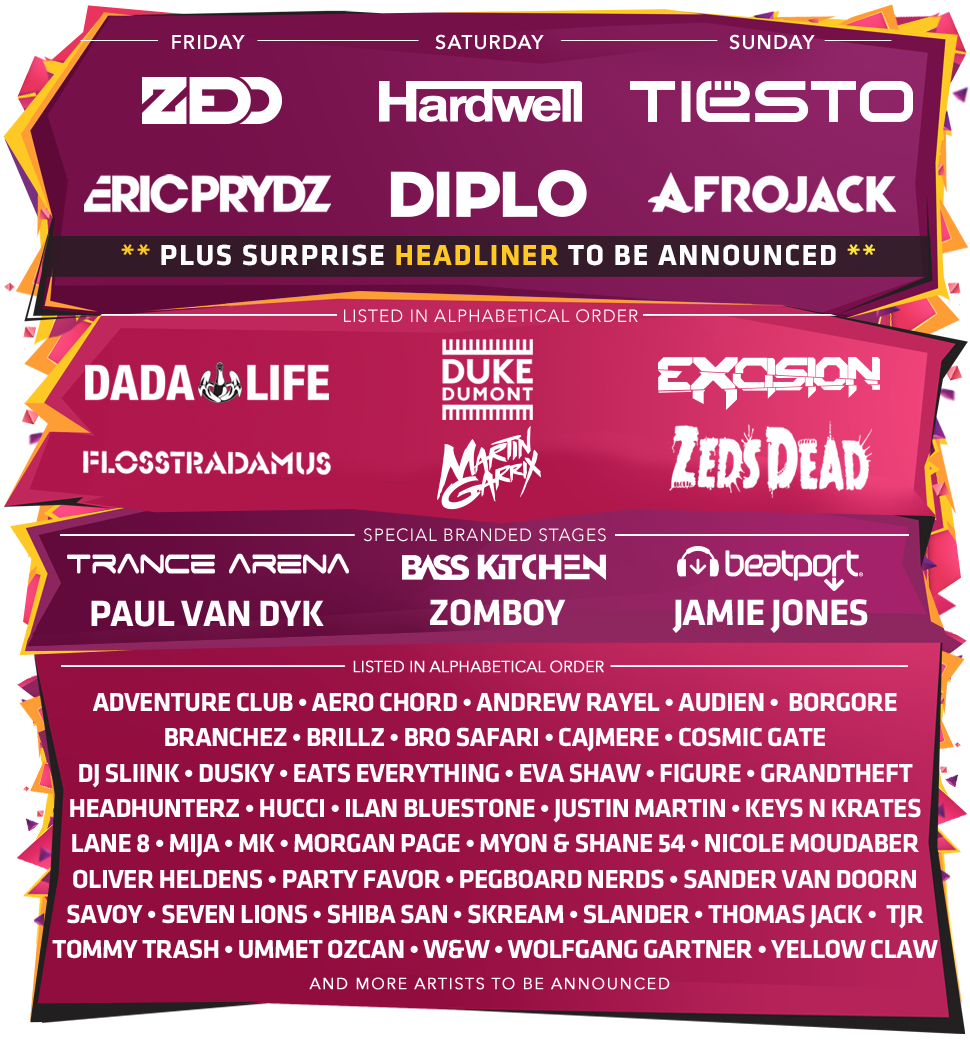