This year’s 140th Preakness Stakes will once again be accompanied by the Infield Music Festival.

No longer strictly a horse race, Preakness has also hosted a music festival right next door since 2010. The hype is currently building as Grammy-nominated producer Armin van Buuren is set to headline the concert March 16th at the Pimlico Race Course. (Interestingly enough, this is also the location for the inaugural Moonrise Festival held in August.)

Armin will be accompanied by Childish Gambino, also a renowned Grammy nominee for Best Rap Album and Best Rap Performance, on the headlining stage. Pimlico is sure to attract a bountiful crowd of EDM enthusiasts and Maryland Jockey Club officials hope to have yet another successful outcome. Last year’s festival brought in over 123,469 attendees, considerably a record. The remaining artists are yet to be announced, but with a promising headliner such as Armin van Buuren, expectations are soaring high.

You can purchase Infield tickets here til April. Additional packages include tickets with souvenir items. Prices will increase starting May, so don’t miss your opportunity to be a part of Peakness. Visit the festival’s main page for more information. 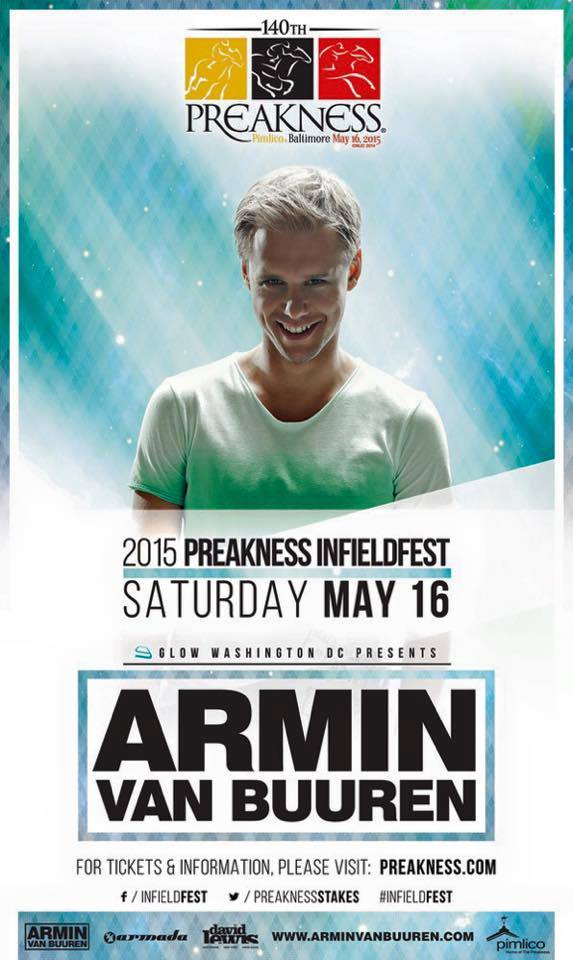 Take a look at last year’s festivities and a teaser for this year.