It’s been quite a year for the mysterious and talented LUCA LUSH. On top of his enormous catalog of remixes, tipping his hat to artists like Baauer, Drake, and Lido, LUCA LUSH has been revealed to be a solid contributing force behind the Josh Pan project. Home to some of the most creative and adventurous forms of genre-experimentation, Josh Pan looks to keep its inner workings as secret as possible while continuing to post inspirational and thought-provoking ideas that come as a much-needed refresher amidst the usual memes and Melbourne Bounce joke videos. With LUCA LUSH on their team, and their newly-surfaced mistress of a project, Babel, the collective will soon rise to a similar rank as Soulection. But I digress.

Today, LUCA LUSH released a remix of Mr. Carmack‘s “Pay (For What)” with a free download. An intimidating task to begin with, LUCA LUSH knocked it out of the park with a flip you’ll have to hear to believe. Coming from the third volume of his Bang EP around a year ago, the original is a much simpler style than the Carmack we know today, featuring an infectious vocal sample, heavy effects, and a nasty wailing synth. LUCA LUSH’s remix is a whole new take from start to finish.

Beginning with a wonderful jazz piano, and the synth rhythm from the original, the track instantly makes you drop to your knees as the familiar vocals from Lil’ Wayne’s “Stuntin’ Like My Daddy” overwhelm the sonic space with a relentless bell chime above. After a short cowbell break and a return to the piano, the track turns a 180 and evolves into a beautiful and melodic future bass riff reminiscent of Rusty Hook or Lido‘s remix of “Faded.”

Take a listen to the next big thing, and make sure to grab the free download linked above. Also, check below for a list of LUCA LUSH’s stops during his stay at SXSW this week. 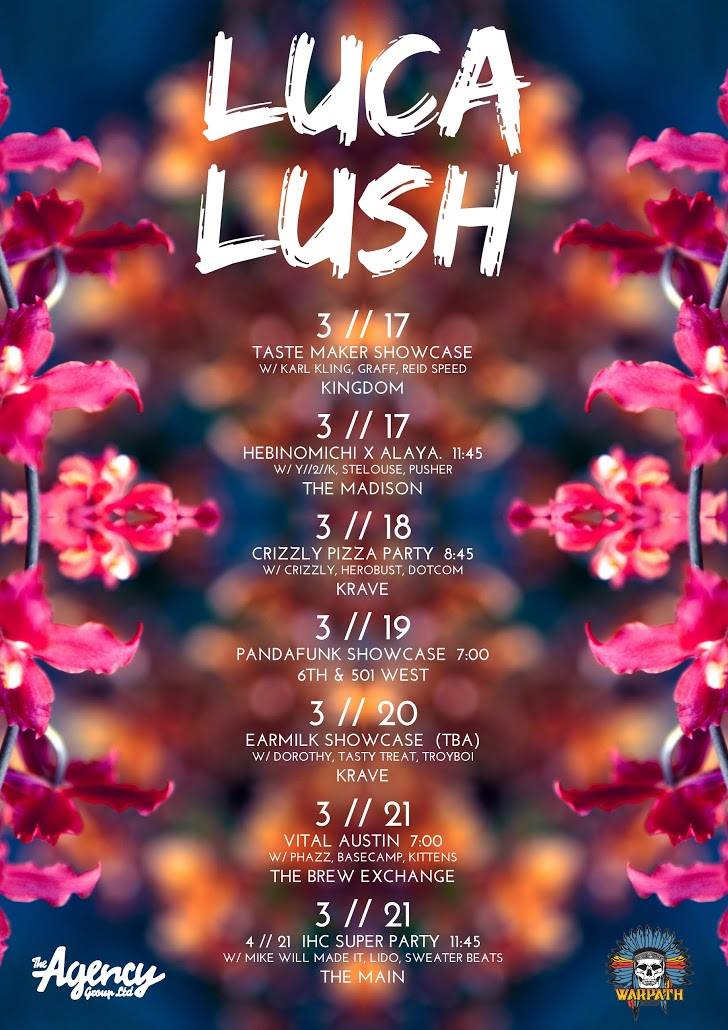