Although today is April Fools day and almost everything you read on the internet is made up, Skrillex has announced some real news that will excite fans around the world. Over 2 years in the making, Skrillex has revealed that his Fullflex Express tour is officially underway.

Skrillex will be traveling by train to all the festival stops and will be taking a stacked lineup with him. With Zeds Dead, Jack U, Anna Lunoe, and up and comer Mija, this tour is not one you want to miss.

We are hoping that Skrillex adds more stops but as of right now, the tour will consist of 8 shows throughout the month of July.

Below is the cover art that Skrillex uploaded today to preview his tour: 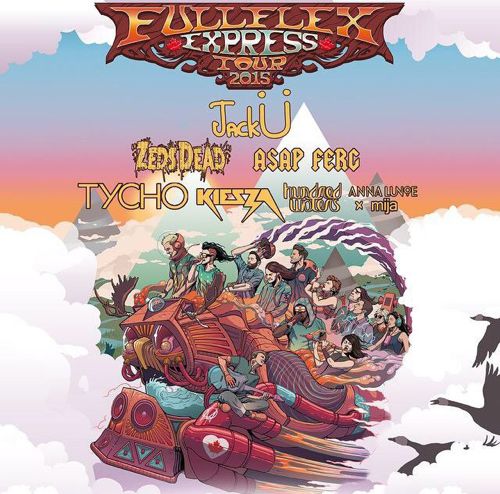 You can check out the Tour dates below and can buy your tickets HERE: