Ultra Has Come A Long Way

by Timmy Kusnierek
in Blast From The Past

Ultra Music Festival didn’t become today’s entertainment behemoth overnight. Founded in 1999 by Russel Faibisch and Alex Omes, this year Ultra celebrated its 17th anniversary. For many artists it’s a dream to play Ultra, and Paul Van Dyk, Tiesto, Liquid Todd, and Carl Cox are just a couple veterans who have been playing the festival for years. It’s sometimes hard to imagine Ultra hasn’t always been the mecca for Big Room and Trap, but the festival is deeply rooted in the techno, house, and trance of the late 90’s.

Have a look at Ultra’s 2003 promo video. Everything about it, the footage, song selection, even stage production, looks entirely different from today’s spectacle. And I love it.

UMF hasn’t always been three days either. It’s come a long way since its beginnings as a one day festival, adding a second day in 2007, and working its way up to three in 2011. Here’s a bit of nostalgia from Ultra 2002. Look through the line-up to get a sense of the house and trance legends who’ve stuck around. 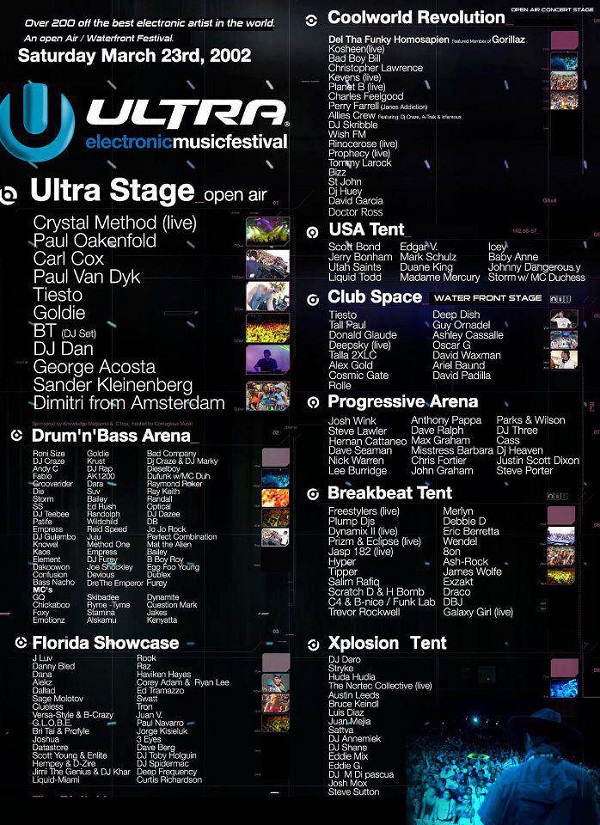 Deadmau5 Reveals Why He Supports TIDAL, It’s “For The Independent Artists”