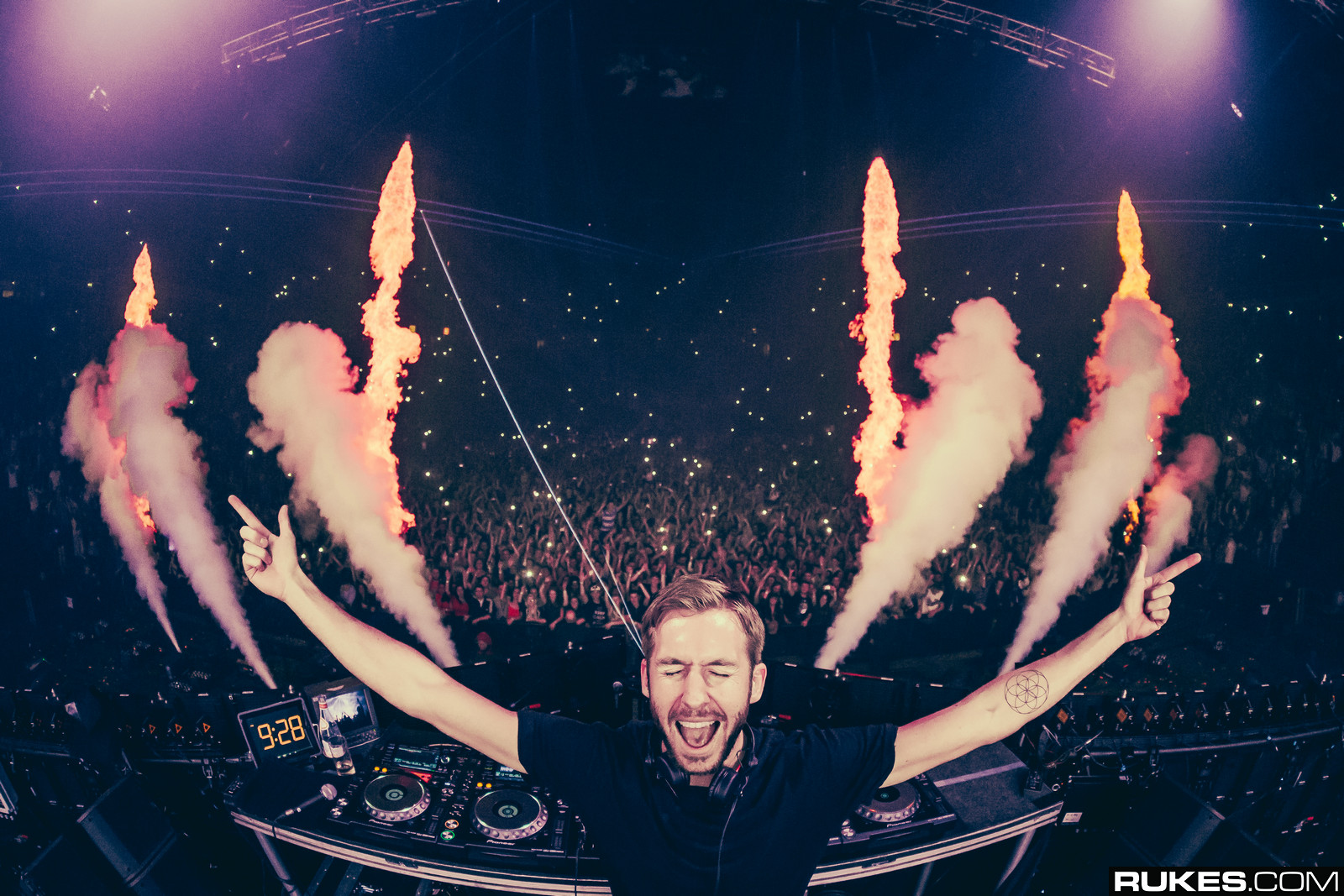 Music production is not an easy thing, by any means. In the early stages, it can often involve sleeping on friends’ couches, eating ramen daily, struggling to find a foothold in an oversatured market, and trying to find your own identity in a sea of posers and covers. That’s why when a producer actually makes it, it’s such a stellar achievement – you can hate on sell-outs all you want, but there are still thousands of DJs living at home in their 30s.

According to Forbes, Calvin Harris made $66 Million last year. He has modeled for Emporio Armani. If there’s any kind of role model to be found in dance music, Calvin Harris isn’t a bad place to start.

In a recent interview with Prestige Hong Kong, Calvin talks about what it was like being a model and his beginnings as a grocery market attendant. But it gets a little deep when Harris mentions that he was once really close to quitting music altogether.

I realised I’d wasted enough time and all my money doing music. I just wanted to live for a bit.

After a year of just being a young kid and working at Marks & Spencer in his hometown of Dumfries, “show[ing] people where the corned beef was and date-rotat[ing] the yogurt,” he started up again just for fun and found a foothold on MySpace.

This was in 2006, when people were still looking for music on MySpace, and enjoying it. I would search for names that I would recognise from record liner notes – songwriters, DJs – and I would send them a message to check out my music. I was basically spamming them. One of them was a promoter named Mark Gillespie who used to book DJs and run festivals, and another was Felix Howard who had just started a job at EMI and was looking for music. They both got back to me. Mark knew two managers who looked after DJs and suggested we all have a meeting, and Felix signed me to EMI. Mark is still my manager and EMI is still my publisher. Everything happened in that one week. It was crazy. I was literally on the shop floor at Marks & Spencer and got a call that EMI was offering me £30,000 for three years. I put the phone down and remember thinking, “What am I going to do?” I was earning £20,000 a year and I was thinking if I should really leave. Thank God I did.

Calvin Harris is currently serving residencies in Vegas at both Omnia and Hakkasan. You can see him at the Grand Opening of OMNIA on the 24th.