The “Loudness Wars” are a real thing. It’s been going on since the early ’90s but has been recorded even as early as the 1940s. The war still rages on today.

Website Dynamic Range Day made a handy infographic documenting the loudness and dynamic range levels of many of the top albums from the past 40 years and more. Aside from the pretty predictable offenders like Metallica or Red Hot Chili Peppers, familiar names Skrillex and Daft Punk make the list.

Skrillex’s album Recess made the list for being one of the loudest and least dynamically proficient, with a spot at the top only just below Metallica. Daft Punk, on the other hand, scored much higher with Random Access Memories being placed with Mark Ronson’s Uptown Special.

Neither of those ranking should come as a surprise anyhow. Skrillex is known for his in your face and absurdly chaotic sound design, while Daft Punk are masters of production who have been doing this for much longer, have more resources at their disposal, and had a completely different goal for their album. 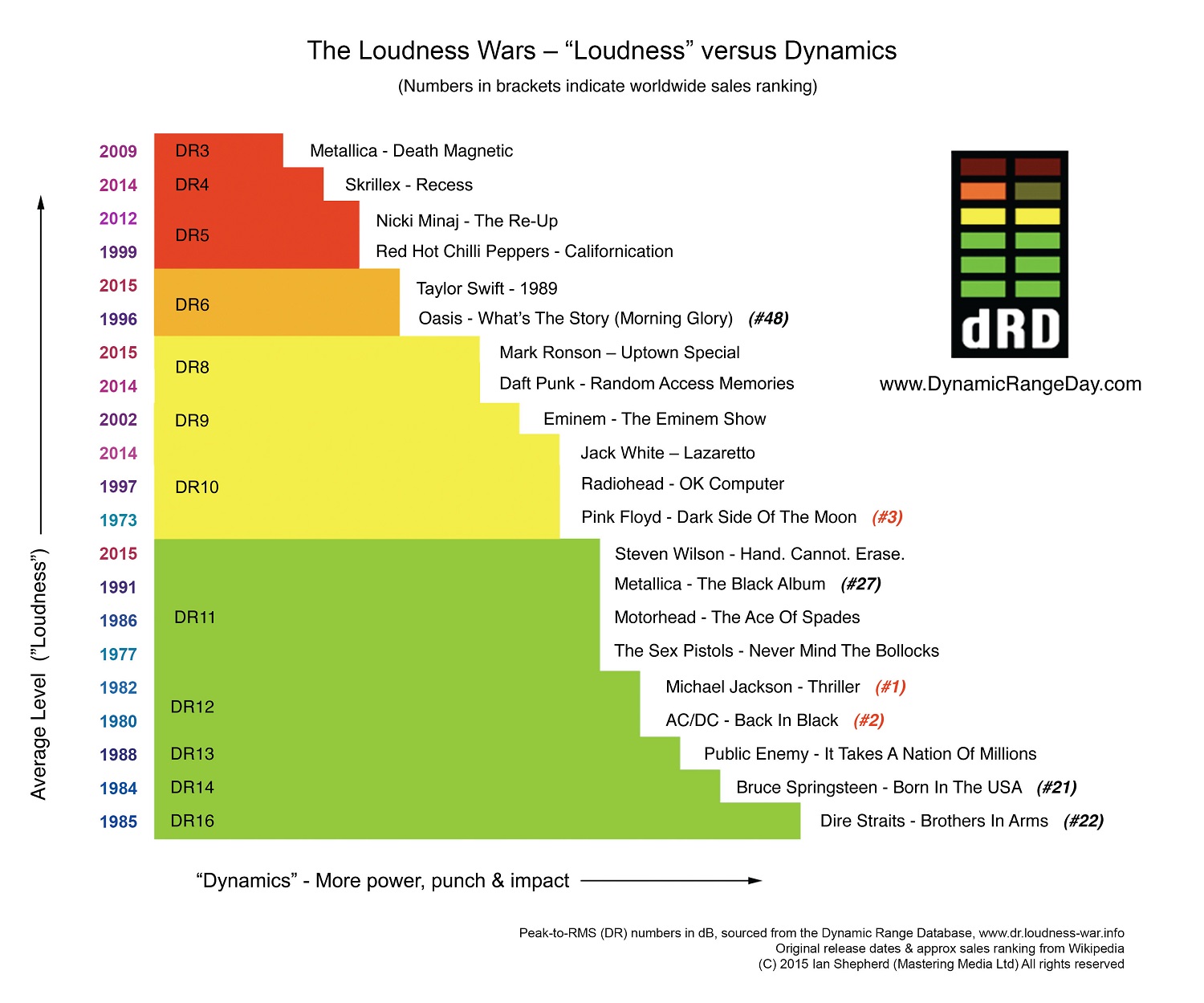