Your EDM Exclusive Interview: Adam Tell, The Next Owl City

You know when you’re sitting on the couch watching Netflix, and you start to feel drowsy, and you slowly, ever so slowly drift off to sleep … suddenly you wake up and it’s three hours later and Netflix has skipped ahead three or four episodes and it wants to know if you’re okay.

Listening to downtempo gives me a serious case of the drowsies, and since I work from home and my bed is quite literally five feet from my desk, I often go for a nap in the middle of the day. A few days ago, I played out this common scenario and woke up to this track playing about an hour later.

Waking from my reverie, I was immediately enamored with the music coming from my speakers. It sounded so utterly sincere and bare, devoid of any of the trivial embellishments from typical Top 40 radio hits. When you hear music like this, you know, in your heart of hearts, that the artist created it from the depths of their being.

I immediately hopped up from my bed and began to research Adam Tell. The name fits the music he creates. It’s his name, after all, and not a pseudonym. There’s no reason to hide behind an artist name when you wear your heart on your sleeve, anyway.

After learning that Adam recently signed to Fox Stevenson’s label, cloudhead records, I immediately dredged up my contacts list and set out to set up an interview. It wasn’t long before I received a reply, formulated my questions and here we are.

This is Adam Tell’s first interview. Be warned, it is lengthy.

So it seems as if you’ve come out of nowhere, but you actually released an album last year. What can you tell me about that?

“Past The Hypothetical”, my first album which I released last August, was the culmination of ten years of on-and-off songwriting and producing. I’ve been blessed with parents who immersed me in music from day one. Piano lessons, saxophone lessons, voice lessons, a drum set, everything I could have asked for. But when my family got a Mac with Garageband in 2004, most of my musical fulfillment started to come from writing and making songs, which I did for the next nine years. Lots and lots of bad projects, all of which were fun to make but nothing worth taking seriously. It was just a hobby.

In 2013, I was getting a Bachelor’s of Music from the University of Miami in jazz vocal performance, but I was demoralized about my musical career as well as my personal life. It’s an excellent school, but I learned too far into my degree that I wasn’t pursuing the avenue of music I really enjoyed and excelled at the most, which was songwriting and production. In the summer of 2013, I sat down and decided that I was finally ready to take my production seriously, on my own. I had always wanted to make an album that represented me truthfully and personally, and I was confident that with hard work and the experience I’d gained, I could do it right. So long story short, over the next year I put together twelve tracks, some of which I’d started before that summer, and put together an album that I can proudly say is a honest snapshot of me in time. The concept behind it was to stop thinking hypothetically about my music career and life in general, and do exactly what I knew I wanted to do. I wanted a change of reality. The songs have different meanings, but I wanted the overall feeling of the album to be positive and forward-thinking.

How did you get involved with cloudhead records?

I had discovered Fox Stevenson’s music early in the summer of ‘14, and instantly was hooked. I think our music has a lot in common, the obvious being the singer/producer thing. But more than that, his music is melody driven, which is incredible considering how heavy some of it is, and his lyric-writing has depth to it. It’s not just an afterthought but an integral part of the musical package that should be paid attention to, and that’s hard to find in a lot of EDM I think. Anyways, after I released Past the Hypothetical independently in August, some time in early September I saw that he was opening up his label to other producers. Like I was saying, I thought that we had a lot in common, musically, and I wanted on board with his label. He provided an email address for submissions and I sent Past the Hypothetical. He loved it, and a week later we were in contact arranging to meet up with each other, which we did in October. He graciously flew into Des Moines for a few days to stay with me, and we got to know each other over some bowling, music and Zombie Burger hah! I guess this more pertains to getting involved with Fox Stevenson, but he’s the man behind the label. 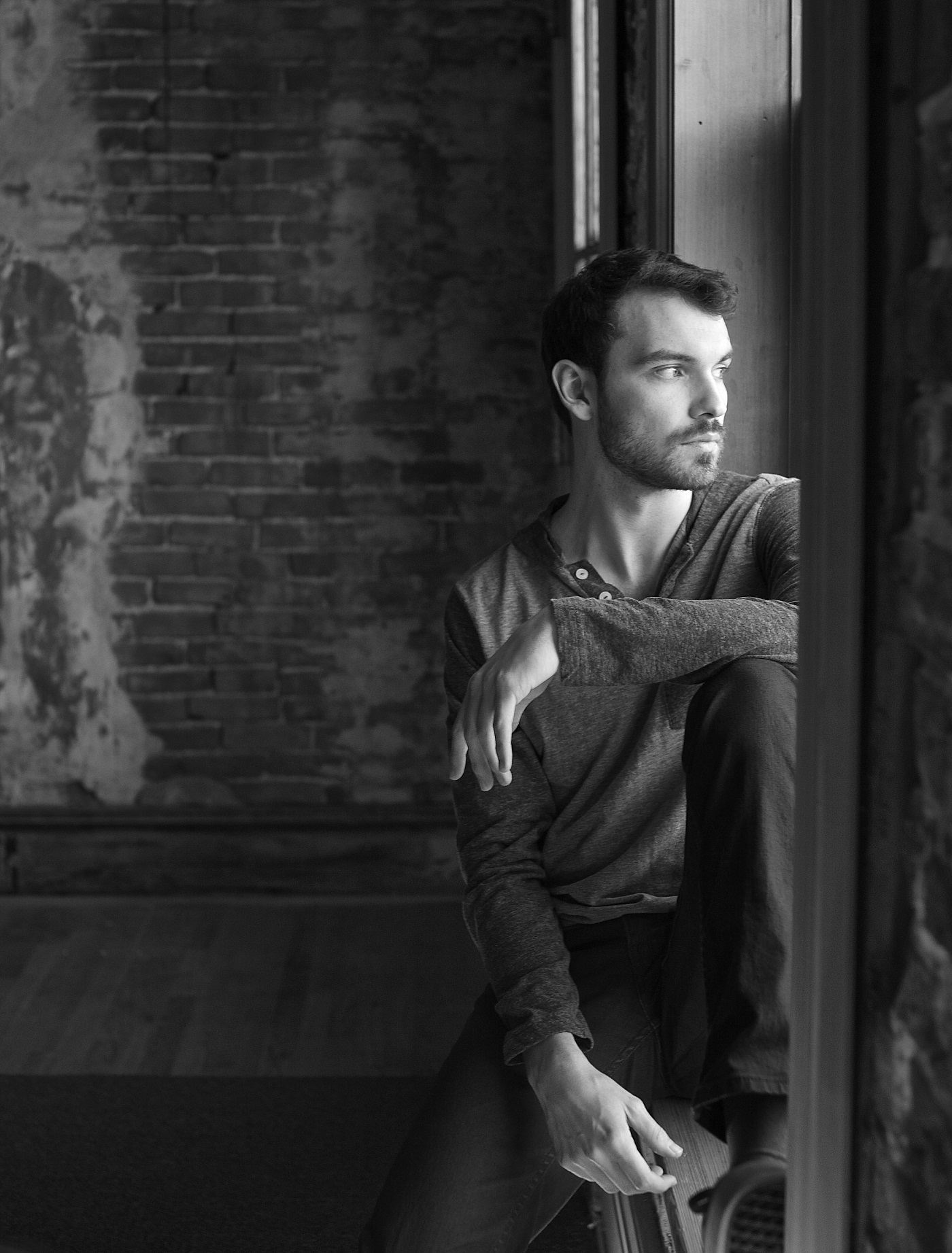 Much like with label owner Fox Stevenson, vocals are a focal point in your productions. When creating a track, do you come up with vocals to match the beat or vice versa?

Vocals are very much the focal of the final production, but writing the vocals and usually the melody that goes along with them is the last part of my writing process. 9 out of 10 times, I’ll write and produce the instrumental first, taking it section at a time. I obsess a bit over song form, so I like having at least the verses, chorus, bridge, buildups, drops – whatever sections there may be – planned out ahead of time with at least chord progressions, but I never know what the final style or message of the song will be. When I get to a point in the instrumental that I’m happy with, I’ll throw it on the iPhone for a few days and start thinking about song topics whenever I can. I’ll start singing along with nonsense words and figure out a melody that I like, and then comes the long process of hashing out lyrics. It takes a lot of thinking and bad rhyming to it narrow down to the final lyrics. So while I put a lot of time and thought into my lyrics, it is almost always the last part of the song-writing process.

Have you had any professional vocal training?

Yes, three years of classical voice in high school and a bachelor’s in jazz vocal performance from the University of Miami, where I graduated from in December 2013.

Your music is not overly electronic, including elements of pop and jazz. Is this because of the type of music you were exposed to growing up?

Yeah, definitely. I hadn’t actually been into electronic music until my sophomore year of college. I became somewhat obsessed with it, especially the production of it all. But before that, I’ve always been all over the map with my music tastes. I grew up listening to a lot of jazz and easy listening. Sinatra was my guy for a while, and still is a little bit haha. Through him I fell into all of the other great jazz singers – Nat Cole, Carmen McRae, Mel Torme etc. – and started listening to jazz in general more often. I went to the University of Miami to be a jazz musician myself. That aspiration mostly deteriorated but I still love jazz. I’ve also always been a huge rock/indie/pop/whatever-you-want-to-call-it lover, and I think that’s where my lyrical tastes have developed. Artists like John Mayer, Imogen Heap, Jamie Cullum, The Kooks. Pop and jazz, I would say, have been my two favorite genres for the majority of my life, and I think it shows in my music. 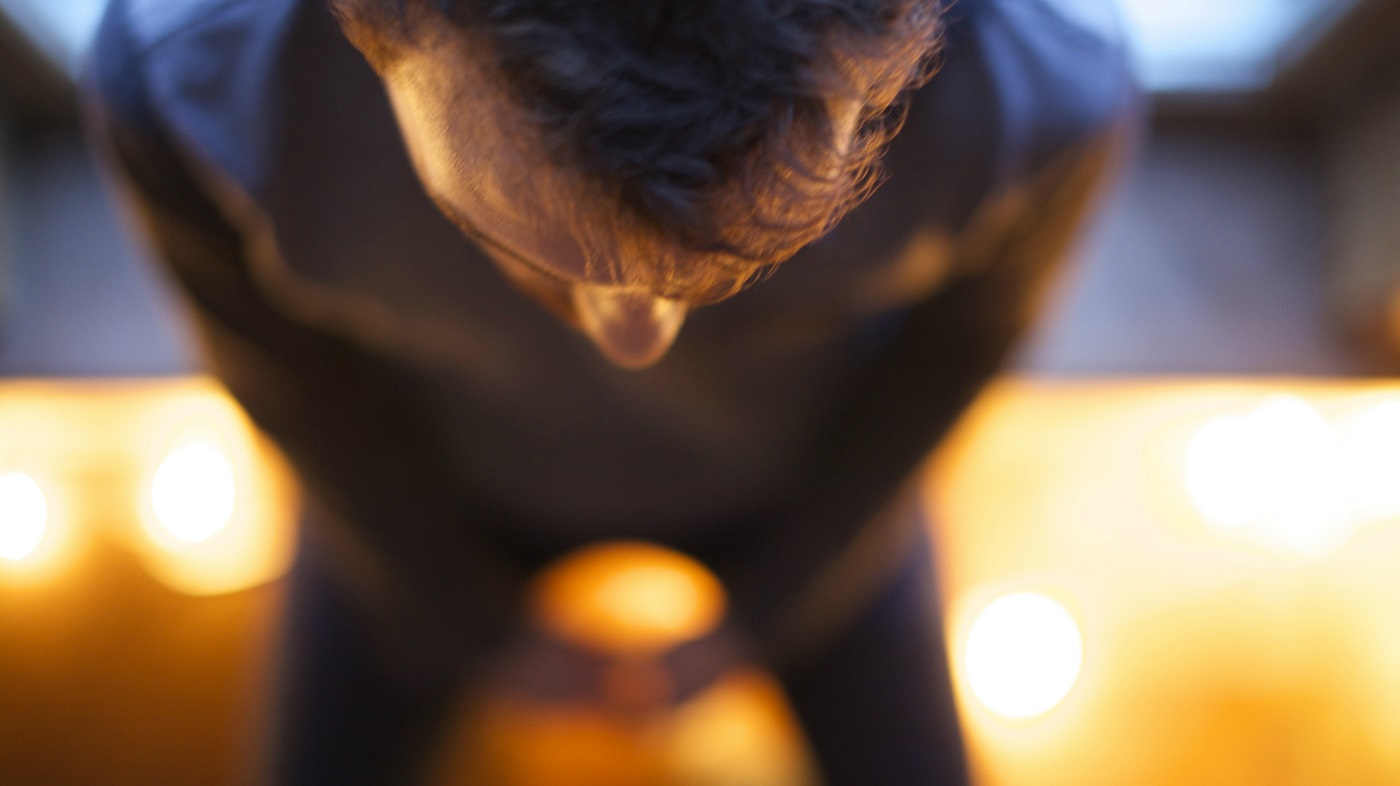 By all respects, you should be bigger than you are now. Are you just taking it slow?

I’m flattered that you think that, but I’m happy to take it slow. I’m currently going to school at Iowa State for accounting, and I plan on finishing my degree in the next year. Right now I’m just focusing on making the best music I can and appreciating the joys of music to the fullest. I only launched my artist career not even a year ago, and I’m happy with the path and progress I’ve made.

If I called you the new and (much) improved Owl City, how would you respond to that? You’ve even alluded to similarities in the past.

Of course, I’ve heard the comparisons to Owl City, but funny enough, I’ve hardly ever listened to him. What I have heard, I’ve liked though! Especially lyrically. I mean, who doesn’t like “Fireflies”? And I legitimately think “Hot Air Balloon” is a fantastic tune. So to answer your question, I’m completely fine with the comparisons! I think our songwriting goals are probably similar, and Adam Young has always been fighting the good fight for bedroom producers.

What other electronic producers do you look up to as inspirations?

Artists change and so have my inspirations, but right now in the electronic community, Jon Hopkins, Savant, Imogen Heap, Volant, Evoke, Grabbitz, and of course, Fox. I’m a big fan of artists who bring something unique to the scene, and generally those are the artists who just focus most on the music!

Thanks for the great questions, YourEDM! Happy to have you be my first interviewer ever 🙂

You can purchase Adam Tell’s Fiction EP on iTunes now.

Dancetronauts Take To The Stars With New Album