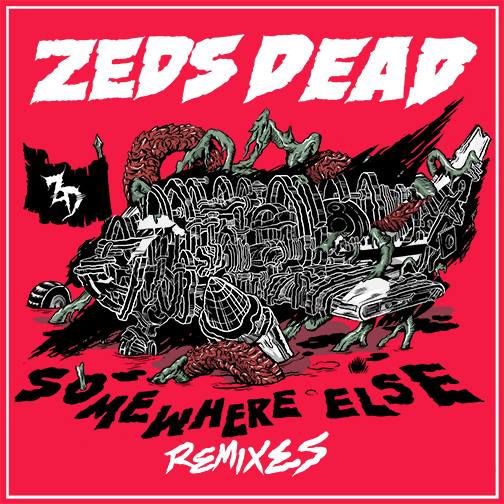 In case you’ve been living under a rock, house music is taking over. More and more artists are putting their finger to the pulse of dance music and making groovier tunes, especially on the remix side of things. Zeds Dead, who made a name for themselves with powerful dubstep tracks, had a few housier surprises in last year’s Somewhere Else EP. That same vibe continued in the remix EP, which hit stores today. Even though there are still trap and dubstep takes on their tunes from artists like Valentine Khan, producers like Hunter Siegel are changing the tides with their music.

The original of “Where Are You Now” with Dirtyphonics ft. Bright Lights is classic Zeds Dead dubstep, but Hunter brings his signature sound by putting more emphasis on the melody and taking this from the main stage to the club with a house remix. By toning down the bass and bringing the tempo down, the Candian unlocks “Where Are you Now” for a different audience and helps bridge the gap between the genres.

And Hunter Siegel isn’t the only one. Big remixes from Kove and MSCLS standout too against these harder originals. This trend of artists taking bigger risks and stripping down dubstep to produce tunes that translate to clubs is a big move for everyone involved, including Zeds Dead themselves. Though, if you’re still not on the house music bandwagon, the Somewhere Else Remix EP also features tracks from Sleepy Tom, Neon Steve and Memorecks too. The package is out now and is available on Beatport and iTunes. You can also stream all the mixes here.