by KSpence
in EDM News, Trance

I’ll say it again: trance is not dead. Contrary to claims that the genre has become polluted with other styles and has lost its way, Insomniac announced with flyers at shows this weekend that an all-trance festival called Dreamstate will be taking place this November in California.

All trance festivals are rare in the US, but not completely unwelcome, as many trance legends host their radio show celebrations here in the states. In the past year alone, Above & Beyond’s Group Therapy, Armin Van Buuren’s A State of Trance, Aly & Fila’s Future Sound of Egypt, Max Graham’s Cycles Radio, and Markus Schulz’s Global DJ Broadcast have all played major shows across the US. Not to mention, Ferry Corsten hosts a Full On Stage at TomorrowWorld and is announcing a fall tour for his specialty shows as well.

While the lineup hasn’t been announced yet, fans probably have a good idea of who can be expected based on Insomniac’s previous bookings. Dash Berlin and Andrew Rayel and MarLo have been festival favorites as of late, as well as Markus, Ferry, and Armin. Anjunabeats artists like Above & Beyond are also frequently represented, but with ABGT 150 taking place in Sydney this year as well as their North American Tour complete for We Are All We Need, there’s a small chance fans might not see the London trio at Dreamstate. What will really be interesting to see is what surprise acts Insomniac will bring to Dreamstate and how diverse they’re willing to get with their lineup. Depending on the size, the door is open for pure trance giants Solarstone and Guisseppe Ottaviani to appear or even Enhanced artists like Estiva and Juventa to bring their progressive talents over from Holland.

Whoever makes the lineup for Dreamstate, there’s no denying that it will be a euphoric affair unlike anything trance fans have ever seen in the US. The festival takes place Thanksgiving weekend (November 27-28) in Southern California. 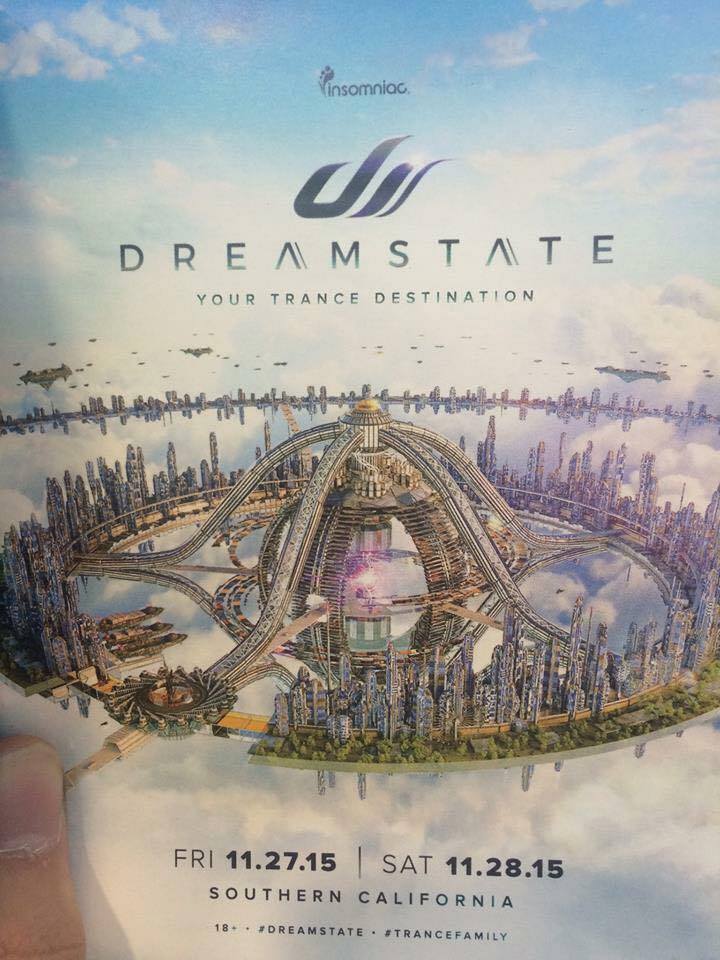