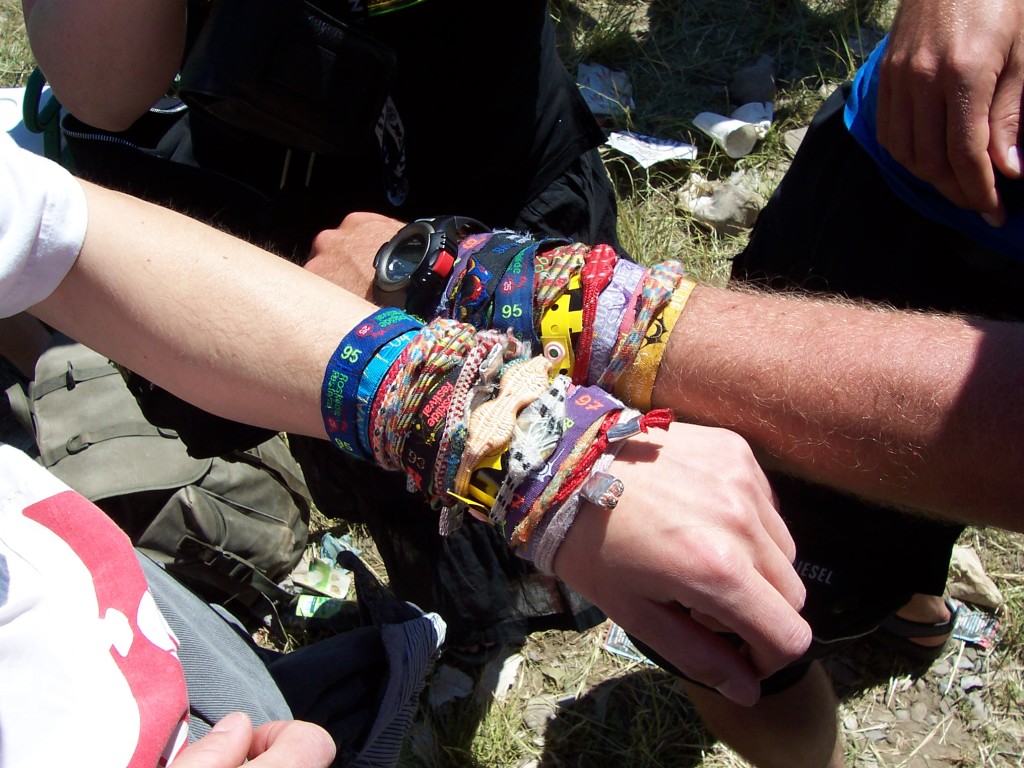 I have friends who work festivals, be it merch, staffing, or even production. And without fail, a group of them keep their Coachella and other festival wristbands on as either fashion statements, or more commonly, badges of pride for having worked and survived another festival. The material is made of fabric, so you can shower with it with no problem.

However, a group of scientists at the University of Surrey discovered a more-than-average amount of bacteria in the wristbands that attendees receive at Coachella or Tomorrowland after months of wear. Microbiology professor Dr. Alison Cottell found they had around 20 times more bacteria than clothes.

Laboratory tests on two bands that had been on a fan’s wrists since Reading Festival in 2013 showed they were home to around 9,000 micrococci and 2,000 staphylococci.

Obviously, two years is an extremely exaggerated amount of time to keep a wristband on – the average boils down to only a couple of months. And until the results of Dr. Cottell’s study are published, these findings should be taken with a grain of salt. But the fact remains that any article of clothing (or accessory) that you keep on your person all day and night will retain some amount of bacteria that could be potentially harmful.

Dr. Cottell “urged people not to wear wristbands if they work in healthcare or food preparation, where there is a risk bacteria could spread.”