In case you haven’t heard, there’s this 4-piece UK group that has been taking the world by storm over the past three years with top-notch production, unforgettable live performances, and a knack for bridging the gap between soulful funk and electronic music. They go by the name of Rudimental and are undoubtedly one of the most talented acts around. They’re no standard electronic group, however, as almost every bit of music is played live!

This year Rudimental made their debut appearance at Bonnaroo on the festival’s final day and it’s safe to say, they saved the best for last. I’ve never seen such an intimate show that radiated with love and positivity. It was easy to tell these guys love what they do and they love the fans they can perform it for.

Read our recap of days 3-4 of Bonnaroo, including Rudimental’s performance!

I had the chance to sit with two of the four members, Kesi Dryden and Piers Agget, and talk about their success thus far, their upcoming album, ‘We The Generation’, as well as their life on the road, enjoy! 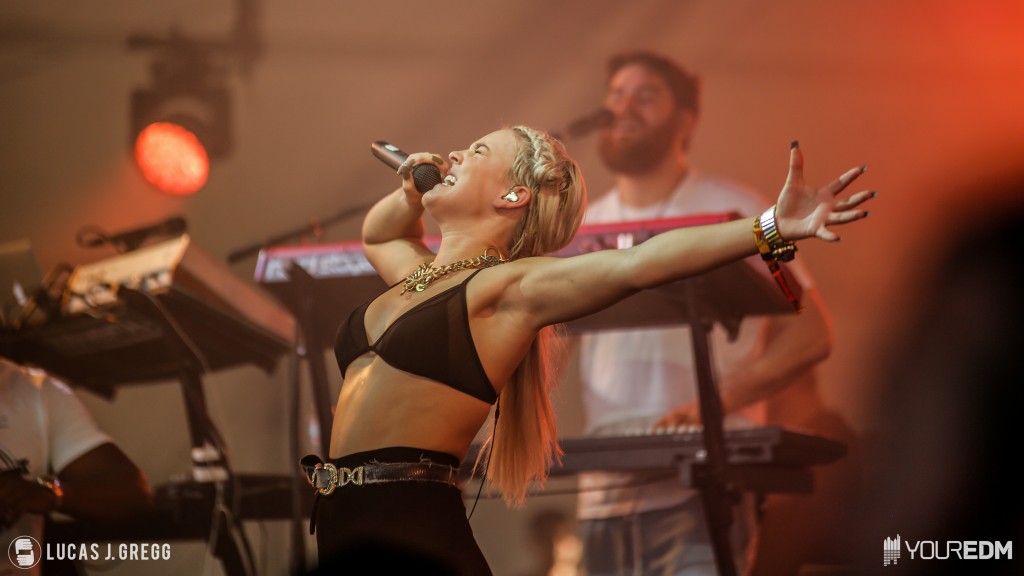 Rudimental is a 4-piece group, how did you guys start?

Piers: “We actually grew up together. We played on the same football [soccer] teams, and we’ve made music from an early age, even dj’ing on pirate radio stations in London! Then, we made the 1st album, had a #1, toured for 3 years and loved it. So we’ve been happening for about 6-7 years!”

Why the name ‘Rudimental’?

Kesi: “Well I used to take piano lessons and I played from a book called the ‘Book of Rudiments’. I always remembered that, so as I grew up and began producing myself, I started calling myself Rudiments. When we came together collectively, we didn’t have a name, so we were like ‘What are we gonna call ourselves?’. We thought Rudimental was a cool twist on the original name and it worked.” 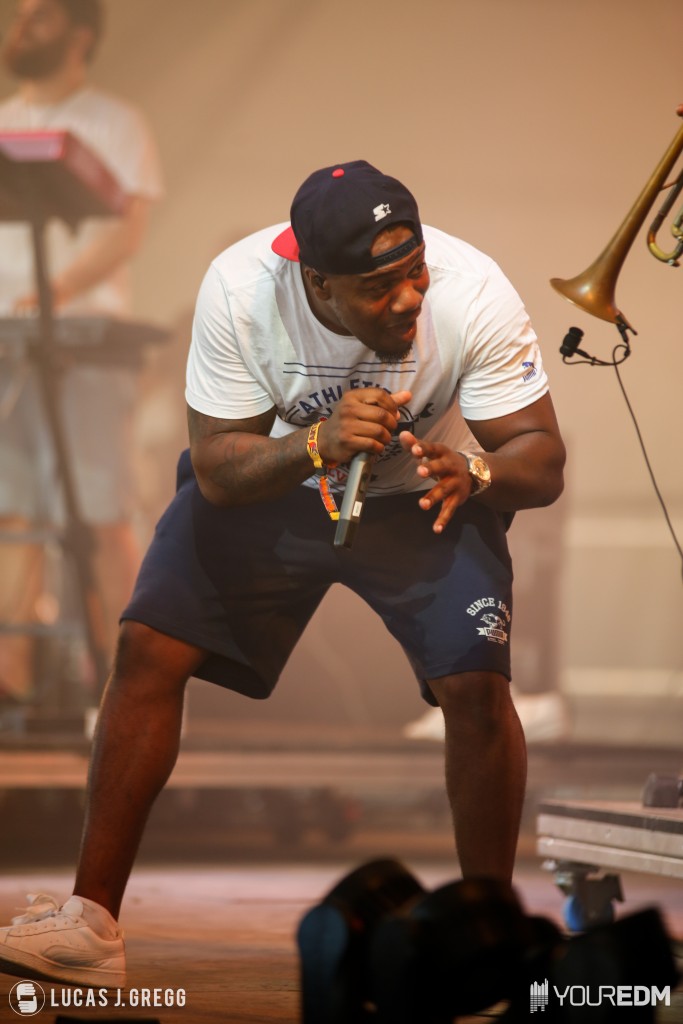 Your live setup is definitely unique for an audience who may be expecting a more electronic, DJ type of show and instead are greeted with live singing, guitars, keys, and even a horns section. Why this setup?

Kesi: “To start we are musicians, then we are producers. Whenever we write songs, we start by jamming out in the studio and create the music, the electronic thing comes afterwards. At heart we’re musicians. The live act was something we wanted to do so we could take it around the world and spread a positive message.”

Piers: “We’ve always wanted to mix soulful vocals with electronic music. Years ago we were trying to do it and no one was believing in our sounds, then we finally got people to believe in us with the first big record. This kind of gave us the confidence, so to speak, to go strait ahead  like ‘this is us, this is what we’ve always wanted to do’ and here we are!”

How has the success of hit records like “Free” and “Home” influenced or enhanced your music off of We The Generation?

Piers: It has affected our sound in a real positive way. I think touring and playing to thousands of people at festivals has definitely helped us too. We’re tighter musicians and a better band. We found that making our new record ‘We The Generation’ is even more musical now because of our experiences on the road.

Kesi: ” Soul and funk are really coming through a lot more in the new album too, so yeah we’ve definitely come together as a tighter group, jamming different ideas that come a lot more naturally.” 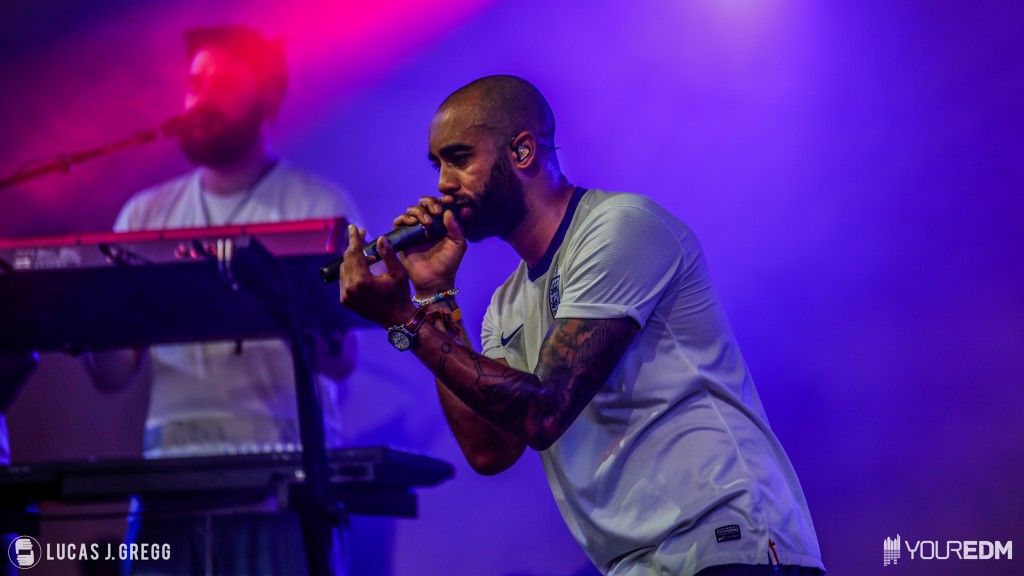 How did growing up in London help shape your sound?

Kesi: “Where we grew up has always had a lot of different cultures around. There’s also a WHOLE different rave scene like jungle, house, uk garage, etc.”

Piers: “It helped us realize what we didn’t want to be! that’s what amazing about London and subcultures like Dubstep is there but we were definitely doing our own little subculture. Over the last 20 years London has a very eclectic division of genres.”

What’s the difference between producing  your debut album Home compared to your new album We The Generation?

Kesi: “When we made ‘Home’ we had our first single and started touring right from the start before we even finished the album. Now we’re a little more prepared. ‘We The Generation’ comes out in September and we’re able to test our music on the crowd while having a finished record to look forward to. We’re always willing to tweak different tracks depending on how we feel the crowd reacts.”

Are you still testing records?

Kesi: “Yeah! The audio deadline is in about 7-8 days so yes, up until that day!”

How much gear do you lug around, does it take up an entire plane?

What do you guys hope your fans to take away?

Piers: “A smile and to feel good. Music for us feels good, it feels right. Going to a festival, going to see your favorite band you may not make a friend during the show but its all about enjoying that moment and being a kind of family in a sweaty tent!”

Kesi: “We want people to experience a new form of electronic music that can be played live! That’s definitely an experience within itself coming to see 10 people on stage playing some awesome music.”

Watch a “Not Giving In” from Rudimental’s set at Bonnaroo below! 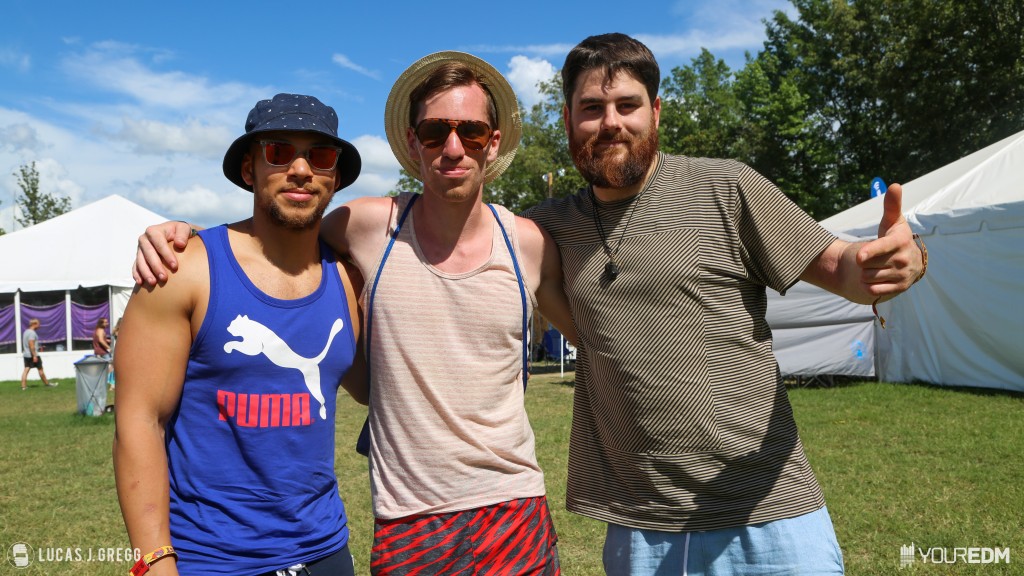