Arizona dance music sensation Bijou has been taking the scene by storm lately. He’s been touring, putting out new material and displaying incredible skills on the decks in various places. He just put out an incredible Your EDM mix on our Soundcloud page as well, which you can check out below. I decided to ask this artist on the rise some questions about where he started and where he sees himself going in this ever growing industry.

When did you start producing? Was there something in particular that drove you to create music?

I started producing in early 2012, but started DJing in 2010. In 2010 I went to Nocturnal Texas and that’s when I really knew I wanted to do this & that someday I wanted it to be my career. It wasn’t until 2012 that I realized that to actually move forward I had to start producing my own music. I had so many friends around me that were pushing me to do so that I finally dove in and I haven’t stopped since.

Where do you pull your inspirations from when producing?

I pull inspirations from all different types of music. I grew up listening to a lot of rock n roll & reggae surprisingly, but I listen to almost everything to be honest. I’m a huge hip hop head & you can really hear that influence in my productions.

Who are your top influences in the industry, any certain groups/DJs that you really align with?

It’s pretty easy to see I’m heavily influenced by my boys Thee Cool Cats. We do a ton of work together & have a lot of stuff coming in the future so keep on the look out for that. As far as influences throughout the industry, Carl Cox, Richie Hawtin, all the old school cats I really look up to & try to learn from. These guys have longevity and that’s the name of the game in this industry.

If you could collaborate with anyone alive or dead who would it be and why?

It’s kind of corny haha, but I would love to collab with Dr Dre. Not only because the dude has an ill ass voice, but he’s an amazing producer so you get both sides of the spectrum.

What are some of the upcoming releases you’re working on? Anything special you’re really excited about?

Where are your favorite places to perform so far? Where do you want to perform if you could?

That’s really hard to say honestly because most of the gigs I’ve played I’ve been lucky enough to have them go well. Mexicali was amazing, the crowd as a whole stays with you all night and the parties go LATE. I played 3-6am my first time out there & can’t wait to go back. Albuquerque was also a memorable one the crowd and atmosphere was amazing. My top spot to perform would definitely have to be Holy Ship. That’s at the top of my list and has been since I’ve started doing this. In August I having the opportunity to play Holy Ferry in Burlington, VT on Lake Champlain. I never thought in my life I would get to DJ on a ferry so I can’t wait for that. 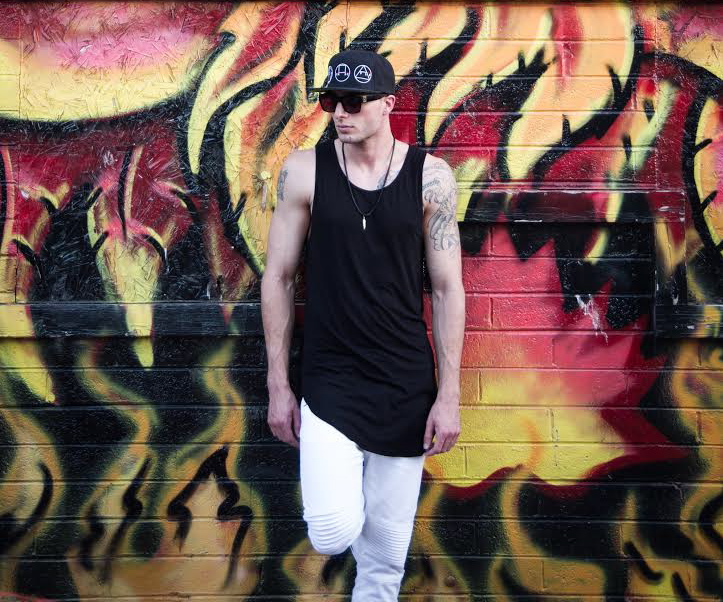 What are your goals for the rest of the year and then for 2016?

The rest of the year I want to continue to improve on the quality of productions I’m putting out & continue to play more out of state shows. This year is the setup for 2016, so next year my goals are for HARD and play out of state gigs consistently. The #HUSTLELIFE crew is starting to come together so keep on the look out for what’s to come…

Do you have any advice for any other upcoming producers and DJs?

My biggest piece of advice would to be focus on your productions and hustle hard as fuck because hard work really does pay off. Its all a process and really takes time to do it right to stay patient and keep focused on what you want to do. This is about the music so don’ forget why you’re doing this.

You seem to have started the G House movement in Phoenix, what has that been like and the reception to it?

It’s been cool, I really started pushing G House in Phx in 2013 and the reception at first was quite a bit of confusion. It worked when I would play out because it was new and fresh, but it took people quite awhile to really understand what it was. At that time It was pretty new everywhere so as a whole I think people really were unsure how to react. Fast forward to now, & the reception is much different, people have really started to take on to it in Phx. I’m thankful I can be a part of something thats continuing to grow and move forward. 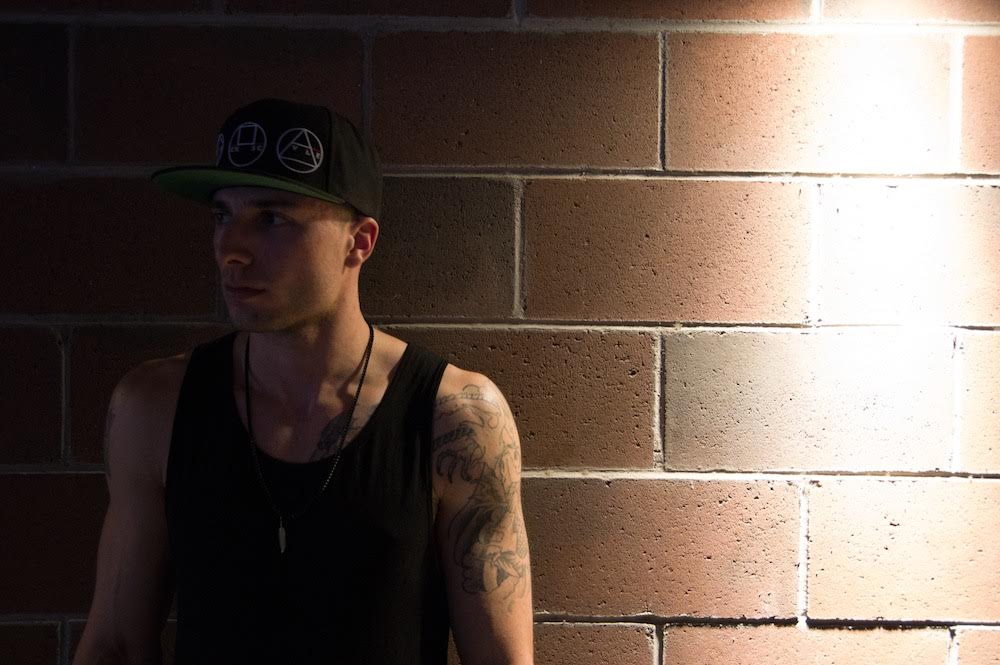 What are some of your must have items while in the studio?

That’s a hard one haha, I always have so many different fucken snacks in the studio its ridiculous. I have a major major sweet tooth so any type of candy or sugar then I’ts probably been in my studio haha. Lately I’ve been stuck on these concord grape pb&j bites. Idk what you even call them, but they’re BOMB. Water is a must though, it gets so hot in the studio its ridiculous so you’d be surprised how easy it is to get dehydrated.

What do you do when you aren’t making music?

I’m a gym rat so that’s where I am most of the time If I’m not in the studio. I played pro baseball before this so that’s just something that’s always been part of my everyday routine. I also try to spend as much time with my family as possible, they’ve supported me since day one & that’s something I’ll never forget. #HUSTLELIFE

Bijou is proving each day that by applying your skills and by setting proper goals, you can make anything happen for yourself. Be sure to check out the mix he just put out for Your EDM, and check out his Soundcloud for more amazing tunes. Clearly, there is no stopping this relentless and talented artist. 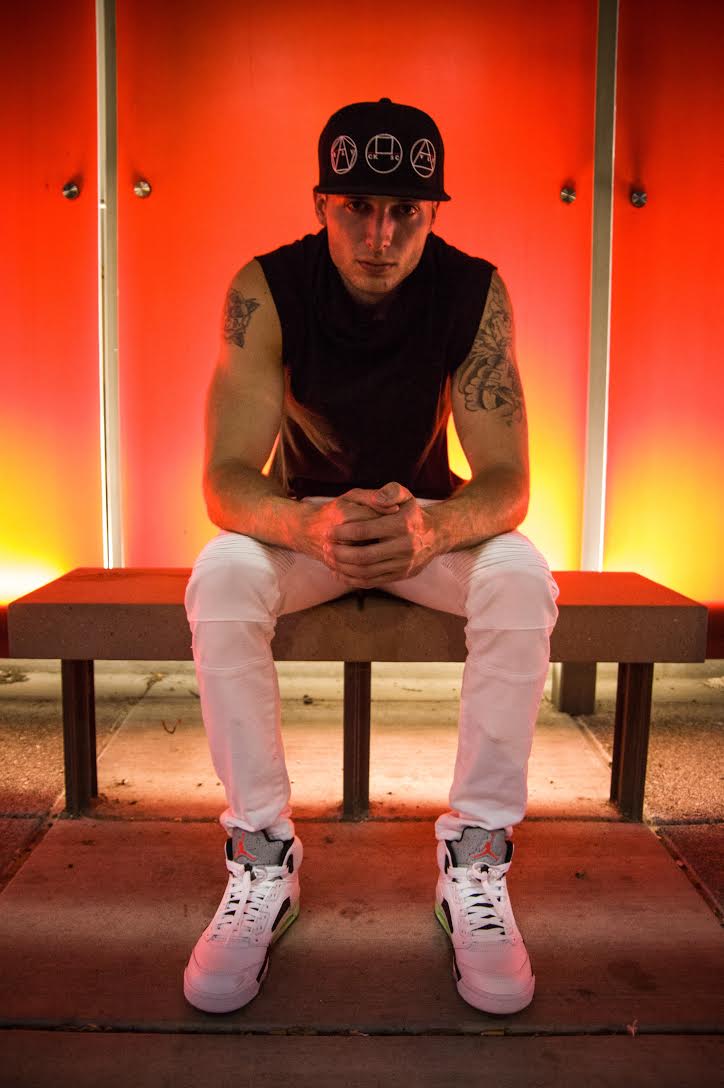 Krept and Konan – Freak Of The Week (Kat Krazy Remix)