A man was pronounced dead at Wenatchee Hospital in Washington this Sunday after Paradiso Festival.

“The Sheriff’s Office said early indication suggests the death may be drug and/or heat related.”

In cases of death at a music festival, without signs of physical trauma, the first suspicions are usually either heat- or drug-related. This weekend at the Gorge was one of the hottest on record, with temperatures reportedly peaking at nearly 110 degrees Fahrenheit, and was likely a contributing factor regardless.

In anticipation of the heat, Paradiso Festival offered double the amount of water refill stations as last year, and “over 225 Conscious Crew volunteers roamed the venue and campgrounds all weekend, and gave out over 20 pallets of FREE water, 2000 hydration tablets & sunscreen & ear plugs.”

Live Nation and USC Events posted a press release on the official Paradiso Festival Facebook page a couple hours ago: 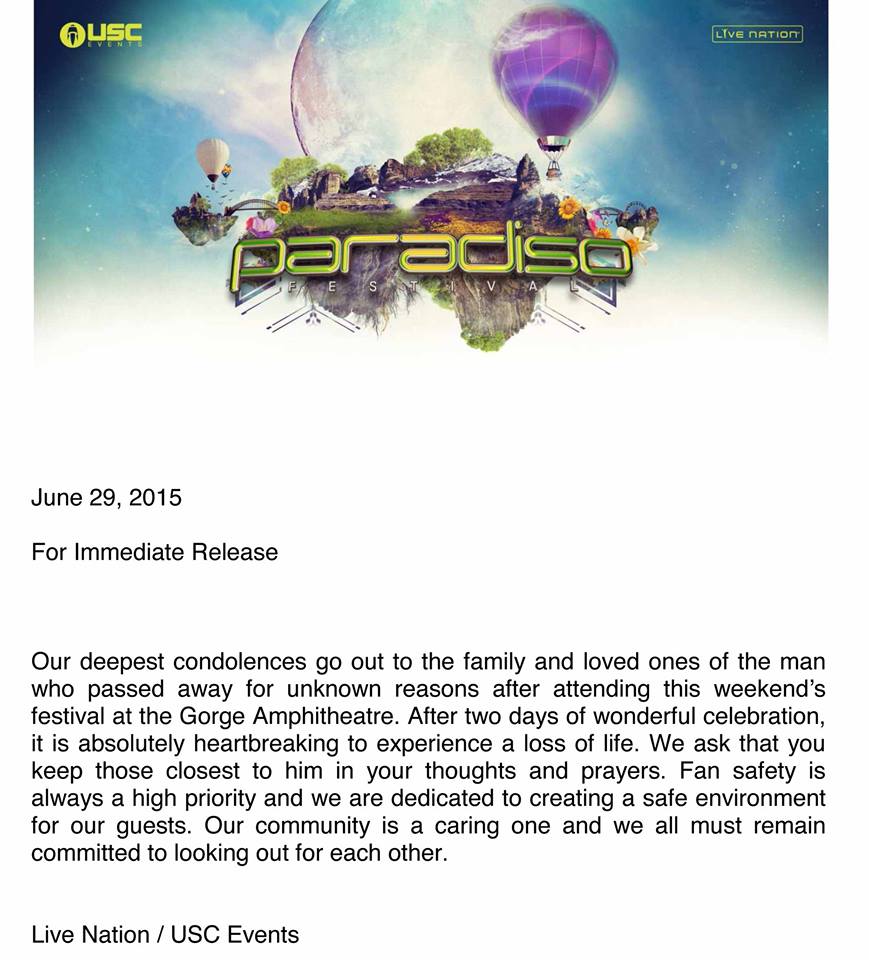 Our sympathies, too, are with the family and those affected at this time.

“I want the victim’s family to know how sorry I am for their loss, and to know that I have committed a major crimes detective to investigate and find out what happened,” said Sheriff Tom Jones.

We are still waiting on the official COD from the coroner and will inform our readers at the time that it becomes available.