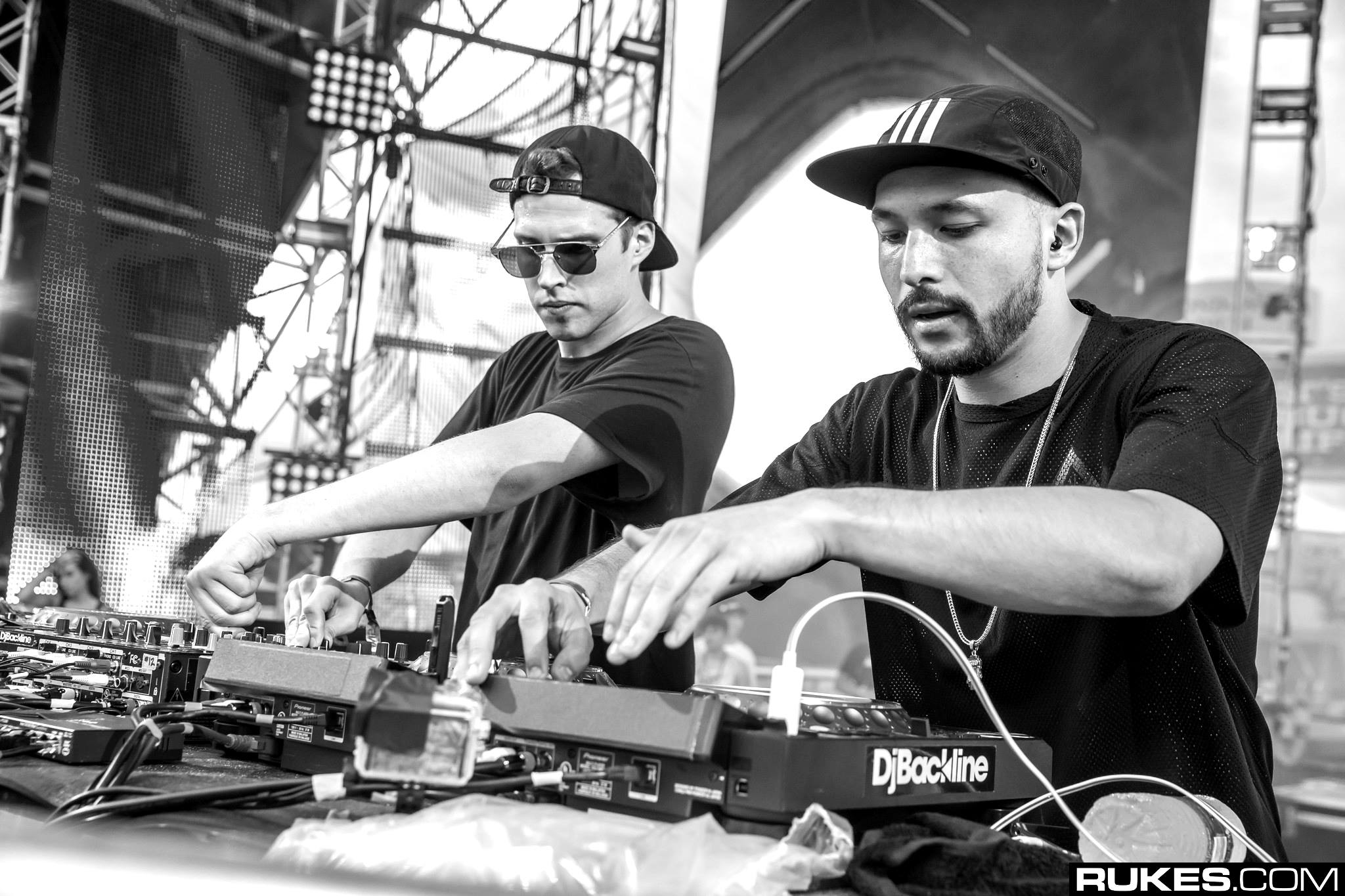 Last week I had the privilege to meet two guys, Derek and Scott, who stopped in to Nashville to play their first show in the Music City. If you’re not following, I’m talking about Slander, kings of the ‘Heaven Trap‘ genre as well as being responsible for providing top-notch remixes to Jack U, Ummet Ozcan, and Bastille!

Fresh off their debut performance at this year’s EDC Las Vegas, hype at Nashville’s Seen Night Club was buzzing. It wasn’t long before Slander arrived and with them a two hour, bass heavy set that left Nashville in total awe. The energy was unreal, giving fans a little taste of what went down a week prior at EDC.

I had the pleasure to hang with Derek and Scott for the night and honestly they are two of the most humble yet driven artists I’ve ever met. Read up below to hear their thoughts on EDC, upcoming collaborations, and what’s ahead for 2015!

What was it like playing THE EDC LAS VEGAS for the 1st time?

Scott: “For us it was even more crazy than any other time for a 1st time DJ because the first music festival I ever went to was EDC in 2009 when it was in the colosseum. I remember during Benny Bennasi’s set when he played his ‘Otherside’ remix, which people probably don’t even know exists anymore [laughs], him filtering it down on the chorus and then suddenly thousands of people in the colosseum started screaming the lyrics. I remember thinking ‘this is it, this is the kind of music I want to be a part of’.

Derek: “EDC is so special for us because we’re from LA and it’s the biggest and the best event in the whole world! When I was there, I had this realization that you only play EDC if you’re fucking good, hands down. Playing this year was very special, especially when we stepped on the stage and all we saw was a sea of people. We felt so blessed that we had that many fans that cared about what we’re doing.”

Scott – You weren’t feeling too well during the bassrush pool party at EDC. Did that affect you guys at all during your set Saturday?

Scott: “I wouldn’t say I was affected, because we got our first taste of a crazy stage setting when we stepped in for Nicky Romero at Nocturnal Wonderland last year. We played from 12-12:30 to over 25,000 people, which was a dream in my head, it almost didn’t feel like reality. But since that stage gigs have been pretty easy.”

Derek: “The only time I was really nervous for a gig was when we were about to step on the stage at EDC because when we were watching the DJ at our stage before us, there was like 2,000 people at the stage. We were stressing, hanging behind the stage for a little thinking we weren’t going to have much of a crowd, especially competing against Deorro and LOUDPVCK, but when we stepped up there and there was over 15,000 people!”

How have collaborations with artists influenced your sound?

Derek: “Well when we work with other people, especially when we work with Tyler [NGHTMRE], we come up with ideas we wouldn’t normally have. That snare in the remix to Alison Wonderland’s ‘U Don’t Know’ was literally recorded by hitting a pan, and then we layered it on a snare, that’s why it sounds like you’re hitting a metal hammer. The cool thing about Tyler is that he’s really good about sound design and we’re good with arrangement, so pairing the two helps us finish our tracks in half the time while still getting to work with one of our closest friends.”

What’s next on your radar?

Derek: “Our ultimate goal is to play main stage at EDC. We played side stage this year but we’re ready for the main stage. We also want to do an album, not super soon, but in the future [laughs]. Oh yeah and we’re moving in with NGHTMRE this week so lots of good shit is going to happen!

Derek: “Red lips (Skrillex VIP Mix) because it has good vocals and the craziest drop ever.”

Scott: “I’m going to have to do a little promo for our buddy NGHTMRE because “Street” is a really sick song, coming out on Mad Decent in the middle of July. Skrillex basically premiered that track at Ultra and its finally coming out. It’s getting so much support so we think its gonna be a huge track!”

Hear their full set at EDC below!