I met Abe in the Aria Hotel in Las Vegas in at around 2pm on Saturday, the weekend of EDC Las Vegas. Having gone hard the first night, most people in Vegas were probably still asleep, but a small (and dedicated) contingent of 2-3 members of the media was up bright and early (relative to Vegas) to interview the wonder that is Ookay.

We were having tapas and sangria, a brilliant combination if you’re wondering. Abe sits down across from me and I let him know that this will probably be a pretty brief conversation – after all, there are others in line. I want to get a few things out of the way, like his first impressions of EDC or how many times he’s played.

“This is my second EDC, but my third EDC in general. My second Vegas, but I’ve also played Orlando. This is my first solo show, however; both EDC’s I’ve done were B2Bs.” He sounds amped to finally take the stage solo, and throw down everything he’s got in pursuit of that perfect set.

Ookay played Sunday at the bassPOD, his set was at 11:30pm, just the right time that enough people had finally filed into the Speedway, but early enough that nobody was that tired yet.

I had seen a couple days earlier that, like getting married to a slice of pizza in 2014, Ookay had something special planned for this year. He’s hesitant to let the secret go, but after I tell him the interview won’t be published until after EDC, he easily lets his guard down, “I’m bringing out my dad to do a bass solo for Father’s Day. My dad’s just gonna fuckin’ kill it on the bass.”

We made a track together, and he’s gonna play over it. We made a song specifically for EDC, and we’re gonna play it about half-way through the set. I thought since it’s Father’s Day, it would be perfect. 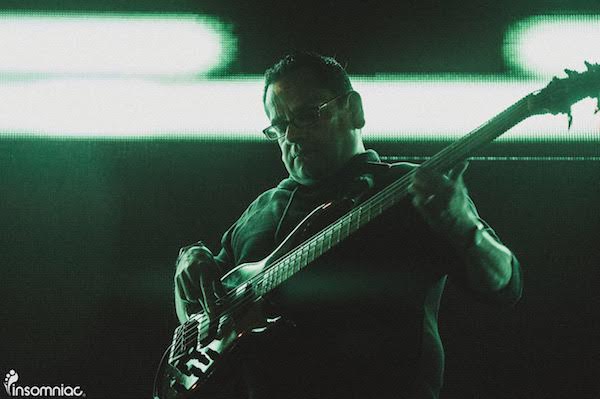 Unfortunately, I wasn’t there to witness this madness, but Dim Mak’s resident videographer Cubby Cramer (Video has since been taken down.)