If you weren’t convinced before, this should seal the deal. Jack Ü’s “Where Are Ü Now” has officially entered the main Billboard Hot 100 chart, sitting at #8 – up 9 spots from last week.

According to Nielsen, “Where Are Ü Now” enjoyed a 66% gain (to 10.7 million) in weekly streaming activity.

Even better is the possibility that we might be getting from fresh Jack Ü content soon, courtesy of Snails and his mix at EDC.

Snails sets are always something to look forward to, considering we’ve covered both of the SNAILED It mixes so far simply because they’re filthy, fun and always full of unreleased goodness. His set at EDC this year was no different, featuring a Carnage ID, the highly anticipated “Lean On” remix by Dillon Francis and Jauz, and a special unreleased VIP of his and Jack Ü’s track, “Holla Out.” The full tracklist will be released at 100k plays, so help us get there!

Snails is also set to depart on the second leg of his US tour, so be sure to catch all of this new music live at the stops below. 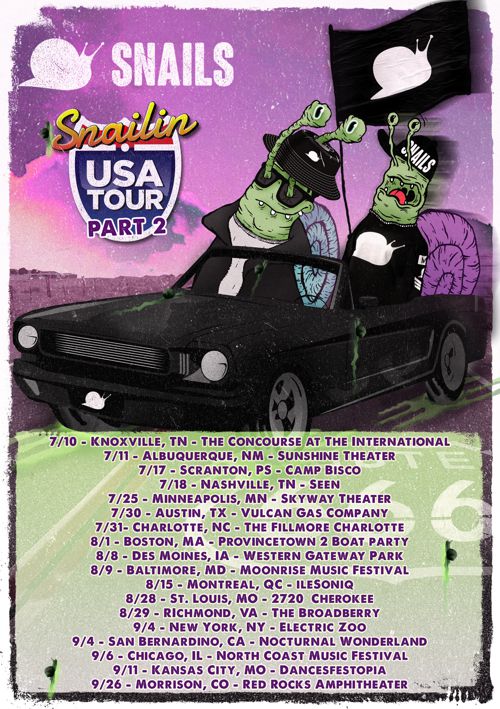 Kygo Sees Himself As A Musician More Than A DJ, Reveals Future Of His Career [Video]