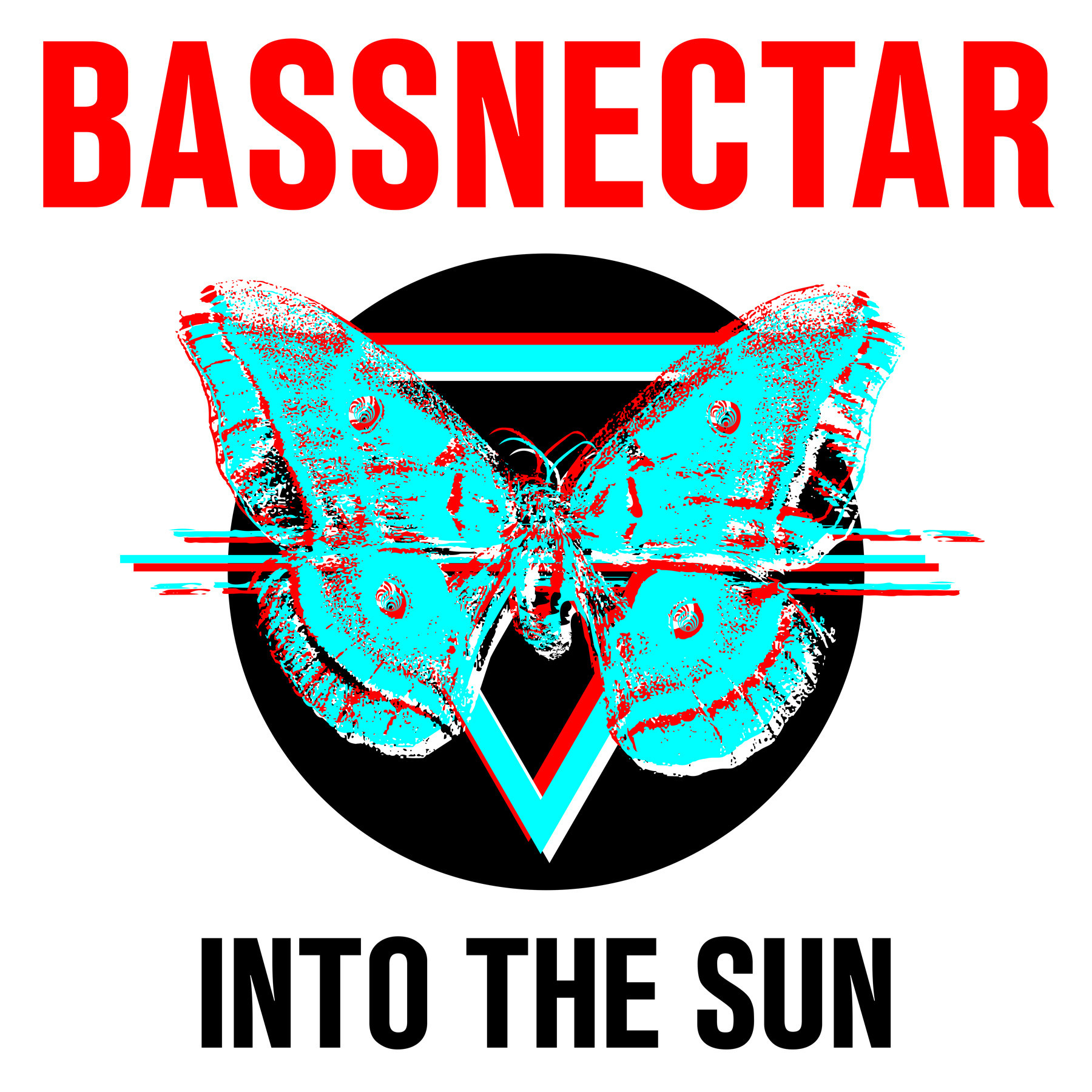 Bassnectar Goes ‘Into The Sun’ on New LP [Album Review]

For fans of heavy bass-laced music, Christmas came early as one of electronic music’s most accomplished veterans returned with a brand new LP. To imagine that in 2014 he hyped the year the album Noise VS Beauty with many singles including “You & Me”, “Now” and “Ephemeral” and released a remix album of his album enlisting Kill Paris, RUN DMT, Minnesota, and himself for remix duties. Now, the one and only Bassnectar emerges with Into The Sun and a mixtape fusing the tracks differently than the album. The album even includes some interesting features, unexpected collaborations, and captivating remixes across the track-listing.

In this new LP, listeners are presented with a combination of surreal dubstep innovations, booming trap bangers, revamped Nectar classics, and reconfigured indie tunes. Each song can easily stand apart from the tracks they sit next to while maintaining the composure and originality found in Lorin’s music. However, there are moments of that do not necessarily hit the high mark like his previous album has.

The album welcomes listeners with a collaboration with Levitate called “Chasing Heaven” that opens with a massive soundscape made up of high-pitched vocal chops, layered basslines, and blended with hi-hats firing away in rapid succession. It’s songs on this LP like this, “Into The Sun”, and “Science Fiction” that show Lorin has not lost his original noise and it continues to reemerge with fresh inspiration. These are the tracks that remind fans why they became fans of Bassnectar in the first place.

To contrast these tunes are a series of flavorful, bass-filled tunes that demonstrate Lorin’s attraction to trap music. Most notably is his collaboration between Louis Futon and Zion I titled “Sideways” which brings together ferocious snares with cinematic-level of bass that’s glued together with decently fitting lyrics. Other tunes like “Speakerbox” and “The Mystery Spot” also travel into this direction and do so in a variety of ways. Some like “The Mystery Spot” contain hybrid qualities that show off elements of trap and dubstep fused together unveiling not only Lorin’s creativity, but brilliant taste in order to smash these two sounds in a pristine and stimulating way.

Sprinkled towards the end of the album are revisits to Bassnectar tunes from projects that are between nine to ten years old. Of the five 2015 versions, three are from Diverse Systems Of Trob and two are in Mesmerizing The Ultra. It’s nice to see that the new revision to “Blow” has the same intro as the original from 2005, but that and the song’s rhythmic structure are all this tune and the original have in common. The basslines and drums sound louder and more precise to revive an old classic for a new generation of fans and for long-time Bassnectar fans. Many of the other “2015 Versions” of songs in this album are similar in that they do not make drastic changes from the original and rather update them with invigorating adjustments to match the tone of the rest of this new album.

Aside from many originals and remakes, we cannot forget Bassnectar’s knack for adding his distinctive style into the medium of people who are on a different musical-level. With Into The Sun, Lorin sprinkles remixes of The Naked & Famous, David Heartbreak, Psymbionic, and Wintergatan all over different spots on the album. Their individual spots on the LP still flow with all of Lorin’s other pieces whether they be guitar-shredding monsters like the Naked & Famous track “No Way” or vocally-charged pieces like the remix of the Of The Trees remix to “One Thing”, Bassnectar merges these songs of different origins and different genres to create an LP that can buzz in our heads for weeks.

Along with these sixteen tracks, Bassnectar also released a mixtape into the album with a few tunes that are not on the album including a remix of a San Holo remix and his remix of his own tune “Loco Ono” with Stylus Beats. Check that out over here.