Fun in the Sun and Mamby on the Beach; Festival Review

Rain or shine doesn’t stop Chicago music lovers from having the time of their lives and that’s something I greatly admire about the people of this city. They can turn nothing into a very good something and that’s what they did this past weekend at the inaugural Mamby on the Beach festival. I knew going into this weekend that expectations were high for this fest because of what had come before it. In 2012 and 2013 we got to experience another lake front festival, Wavefront, where many attendees had a great time and were left wanting more when the festival didn’t make a return the following year. But I think it is safe to say that Mamby is the new beach front powerhouse festival that this city deserves.

Seeing how I had snoozed on both years of Wavefront I wasn’t sure what to expect by this beach front festival since it was the first of its kind that I had attended. Once through the gates we were greeted with a long grassy walkway that donned a multitude of different art installations, a silent disco yoga, and a bar all before it opened up to reveal the rest of the festival grounds. Immediately you could see the giant tent stage that loomed over the far end of the grounds, this would be home to the majority of the artists playing house, techno, and anything in between for the weekend. As I made my way to the sand I could finally see the main stage positioned across the way from the tent stage on the beach, my initial thought was how everything seemed to be much closer together than I had expected but as the weekend unfolded more this didn’t seem to pose too much of a problem (aside from some sound bleed here and there from the main stage). Autograf was up on the main stage at the time, these guys are always a treat to see and it seemed like the crowd was getting into them too despite being so early in the day. Their light-hearted, tropical melodies meshed fluidly with the warm, underlying beat. Perfect for the beach, the trio performed a set that was as peaceful as it was complex and danceable. While it was a bit painful to pull myself away from the main stage I knew I wanted to check out the tent also and I knew Orchard Lounge was up so I made my way through the sand to catch the end of their set. 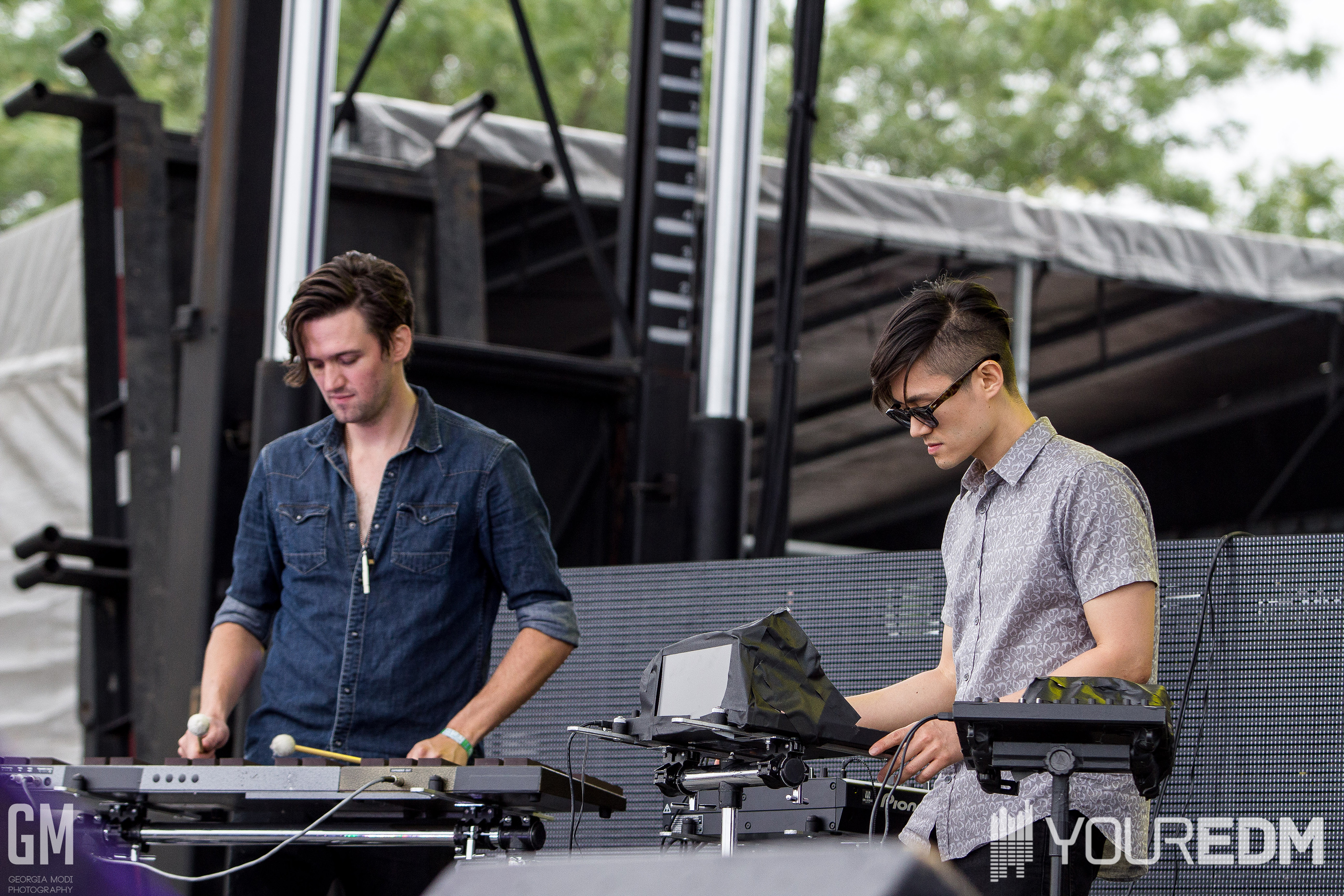 As the sun began to set, Cashmere Cat took over back at the main stage to play a bass-heavy set, chock full of tempo variations, wild ac apellas, and his crowd favorites. While day began turning to night, James Murphy pounded the Tent stage with a funky, almost disco-oriented performance. The crowds packed under the wide awning to witness the legend, most of them staying for mystery producer ZHU‘s closing spot. With a large screen covering the decks, and visuals reminiscent of Flume’s, he threw down a sexy and completely unique set. Remixes of tracks by Kanye West, T-Pain, and Michael Jackson littered the otherwise entirely original list of songs played. It was an ideal end to the day’s festivities, and brought the exhausted crowd together for a swaying singalong of a show.

As day 2 approached my calves ached from the first workout that they’ve gotten in awhile from walking all through the sand on the first day but I knew once I hit the beach again that would be the last thing that was on my mind and I was right. I started off Sunday bright and early to really get my fill of this fest seeing that it only ran for two days. First on my list was Moon Boots who was hitting up the tent stage mid day and as I approached I could here “I’m Every Women” being played through the speakers. This was one of my first time’s seeing this guy live and I really enjoyed his set and I could tell the crowd did too. Plus what better way to warm up for the resident Dirtybird female, J.Phlip, anyway? As always her set was one to be delighted by and I felt that the crowd really gathered for it, it seemed to be one of the “can’t miss” sets of the weekend by the looks of festival goers flocking to the tent. 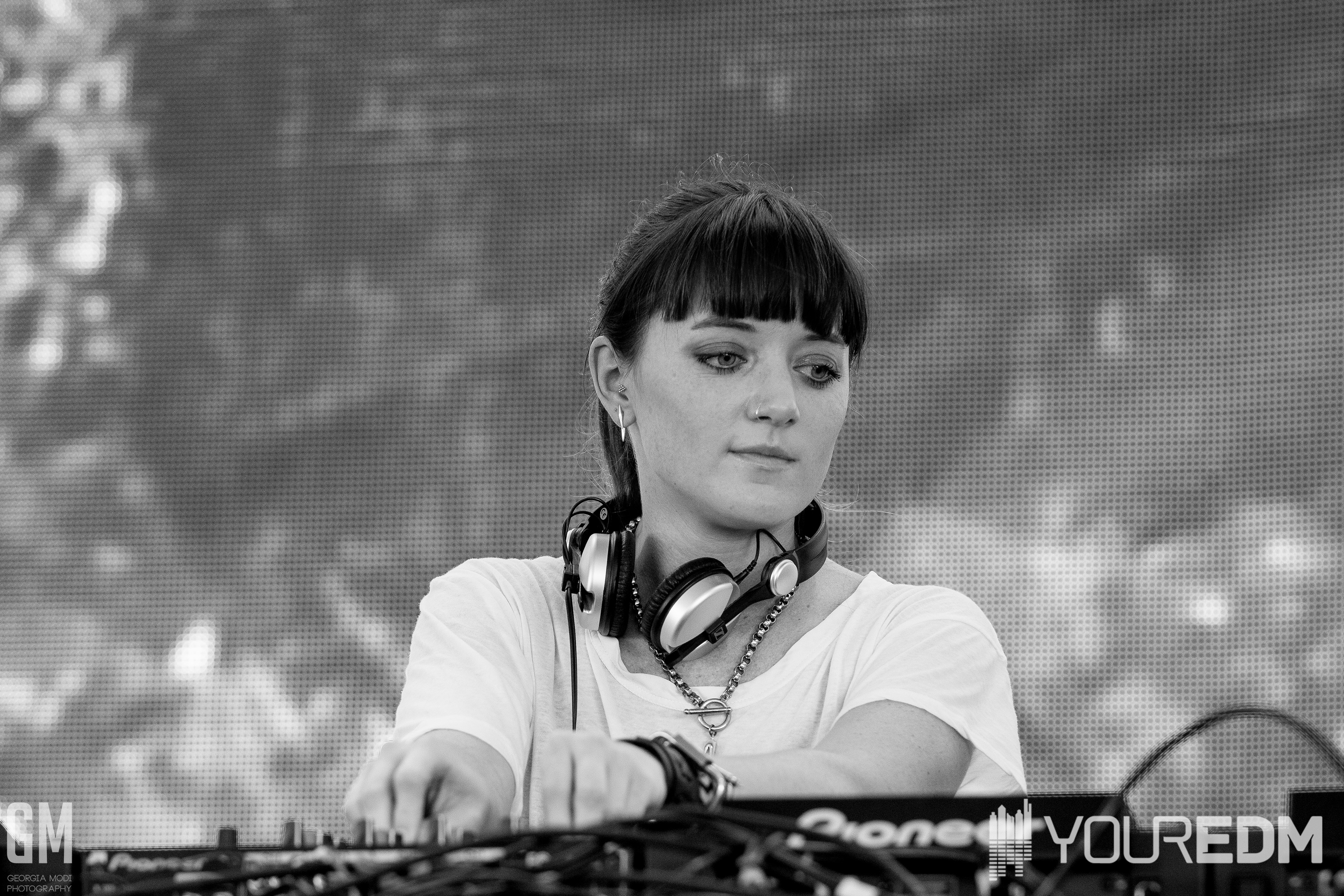 With the unfortunate cancelation of Klingande at the start of the day Cherub was slotted to take his place with a slightly extended/pushed back set but it seemed to work out since they no longer interfered with J.Phlip, making people’s schedule’s that day a bit more relaxed. Cherub took the main stage energetic as always and playing against a perfect sunset backdrop. One of my favorite parts of catching any set at the main stage though was having the city skyline right behind it. The location for this festival was totally perfect. Cherub wrapped up their set the only way they could… by playing “Doses and Mimosas”, not a single person in the crowd wasn’t singing along to this one. Following these guys soon after was Phantogram who i’ve definitely fallen in love with after this performance. Their lead singer, Sarah Barthel, definitely knows what she is doing with a mic and the amount of energy she puts out while playing the keyboards is something else. I could here the screams of “I love you!” and “Marry me!” echo through the crowd for almost their entire set.

The night trudged along with Cut Copy, Claptone, and Zebo rounding out the artists before the headliners took the stage. Tonight was a tough choice too with Art Department taking over the tent stage and Passion Pit on the main. Personally I made the decision to stick at the tent stage after Claptone ended and I was surprised when I saw both memembers of Art Department take the stage since, like many others, I had been under the impression that when they performed at Movement in Detroit Memorial Day weekend that that would be the last time the two would play together. Apparently we were wrong. Nonetheless whatever their status may be they played a fantastic set as I expected and was definitely a great way to close out the festival at that stage.

React Presents really hit it out of the park with Mamby’s first year. From the set up to the artist’s everything seemed to fit together perfectly to make it a memorable weekend for everybody. I can’t wait to be back on the beach in 2016.
– – – – – – – – – –
Photo Credit: Georgia Modi Photography || To see the full album and to tag yourselves go here!