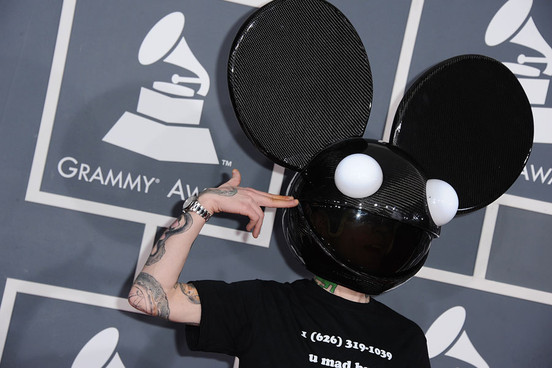 Deadmau5 Weighs In On The Absurd Minaj/Swift VMA Feud

If you were lucky enough to avoid seeing any drama about the VMAs via Nicki Minaj, Taylor Swift, or your timeline yesterday, I envy you. It’s bad enough when just Taylor is trending, but add Nicki Minaj and the VMAs to the mix and it’s all I saw on Facebook all day.

If I was a different "kind" of artist, Anaconda would be nominated for best choreo and vid of the year as well. 😊😊😊

But I would really rather not focus on this. It apparently stirred up enough controversy for our favorite outspoken producer to put his two cents in and speak about video awards and the rather silly pursuit of them by artists, and not the ones actually making the videos.

Disclaimer: Deadmau5 makes it clear that he’s not making any reference to Minaj or Swift, stating, “I [haven’t] referenced her in any way. Nor do I fuckin care. I was talking about video awards.”

Boo fucking hoo. You didn't win a music video award. How much work did you put into that video besides "showing up" again?

Chris Cunningham wins all the music videos as far as I'm concerned. Now the rest of you, go home.

Chris Cunningham is a British video artist and has directed music videos for Aphex Twin, Squarepusher, Madonna and Björk.

I'm sorry. I just had no idea these other pop stars were directors, DR'S, editors, cg artists and set designers.

In a perfect world, they'd be giving music video awards to the directors and producers who make them. Not the tweaking idiot. Oh well.

You wouldn’t give Leonardo DiCaprio an Oscar for Best Cinematography for Inception, it’s odd that an award would be presented to an artist for Best Video. But hey, that’s just “how it’s always been,” yeah?