The UK’s own war on drugs hit a snag today as it was reported that youth aged 16-24 has seen a large spike in the use of ecstasy and LSD, up 84% and 175% respectively.

An estimated one in 20 young people have used ecstasy in the past 12 months, according to the latest data. Use of LSD is still much lower, with around 0.4% of young people – about one in 200 – using it.

These numbers are in direct conflict with a bill that was recently introduced banning all psychoactive substances.

Though overall drug use remained flat, according to The Guardian, “the statistics from the Crime Survey of England and Wales show a sharp rise in the use of [these] two class-A drugs which are among the drug war’s major targets.”

Smoking, drinking, and drug use, however, is down considerably in the 11-15 age group, which is good considering an adolescent’s developing brain.

This is futher evidence that even as governments continue to crack down on drug use, people will find ways to do what they want. Take a look at the interesting and revealing statistics below. 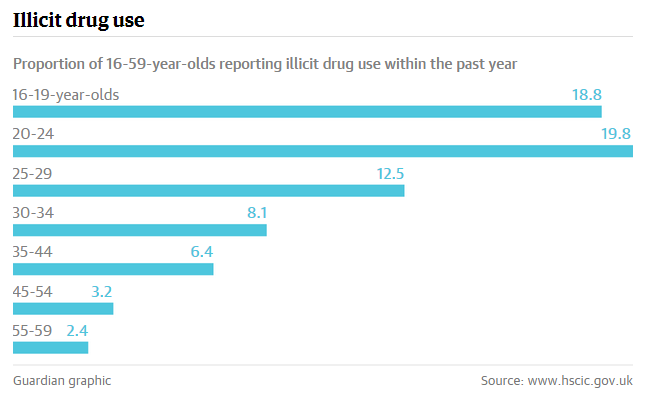 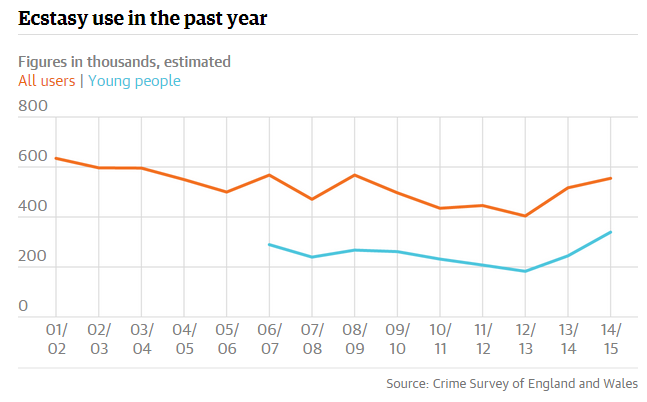 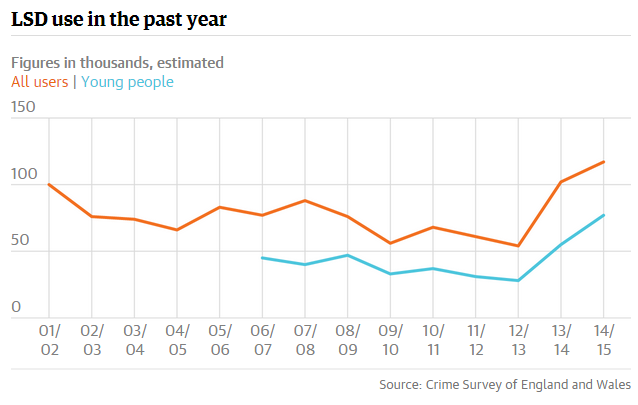 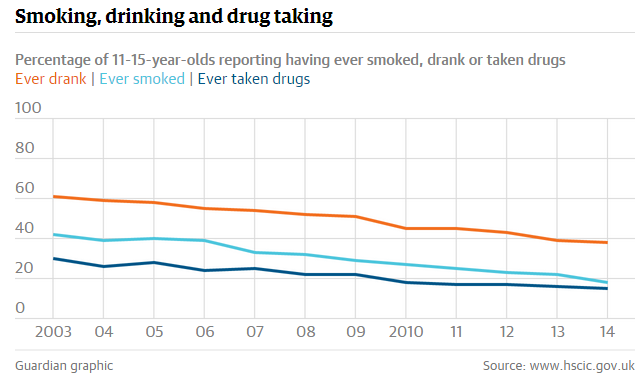 Read the full story and analysis on The Guardian.