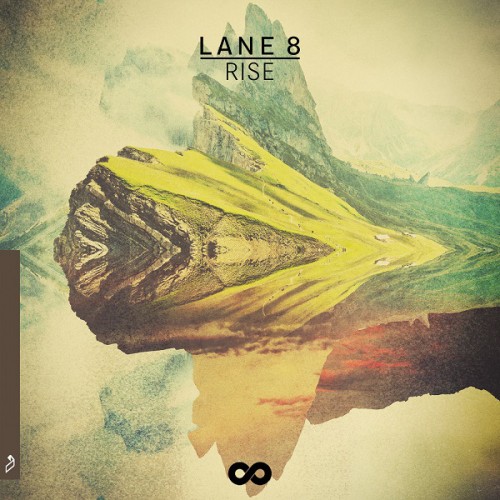 The resurgence of house music continues to bring a wealth of talented producers back to the forefront of electronic music. Record labels such as Defected, Exploited, and the Above & Beyond-led Anjunadeep make great efforts in promoting this new age of house music, each with an arsenal of rising producers currently setting the standard of the genre. One particular star on Anjunadeep may just have sped past his competition.

Lane 8, known otherwise as Daniel Goldstein, gradually built a fanbase with a host of impressive remixes and original tracks. His choice remixes of Eric Prydz and ODESZA gave deeper spins to well-known productions, and his DJ appearances at Trance Around The World events and various festivals cemented Goldstein’s impressive DJ abilities. Taking a page out of the electronic masters of previous decades, Lane 8 keeps up his momentum by releasing a full-length debut album.

Titled Rise, this 11-track LP makes a strong case for Lane 8 as one of the best rising stars in electronic music. Period. Akin to his contemporaries like Jamie xx and Route 94, Lane 8 infuses pop-flavored lyricism into a number of tracks to not only give his sound a wider appeal but also explore a new realm for this modern age of house music. Combined with airy, uplifting synths, tropical drums, and moderate kicks, the tracks on Rise tap expertly into pop appeal without ever compromising the key tenets of house music: feel-good choruses, a high BPM, and catchy melodies.

The bulk of Rise finds Goldstein collaborating with up-and-coming vocalists, another key and welcome element evident among modern house producers. Lead single “Ghost” with Patrick Baker exemplifies these tracks well, with memorable lyrics, a chest-bumping bassline, and synths that waddle in the deep side of the pool just enough to attract a all types of electronic music fans.

One key vocalist on Rise is Solomon Grey, who emerges as the star of the LP due to his appearances on “Diamonds” and “Hot As You Want.” His sultry delivery complements Goldstein’s progressive sensibilities, and the pairing marks one of the highlights of Rise. Other vocalists include Lulu James on “Loving You”, providing an appropriately chilled opener, Matthew Dear on “Undercover”, who lags behind the other vocalists in meshing with Goldstein’s production, and Ara Scott on “The Great Divide”, the poppiest entry on the album bar none.

“Sunlight” marks another vocal track on Rise, but it interestingly lacks a credit to the songstress’ remarkable voice. I cannot help but wonder why this mysterious vocalist lacks a featured credit on the track, but her contribution stands out as “Sunlight” remains one of my favorite tracks off the LP. The live version of “Diamonds” pops up as the de facto album closer, but it doesn’t really differ from the recorded track so much that it justified a place on the tracklist.

The instrumental tracks take Goldstein’s methods to more experimental areas, giving a nice respite from the vocal-heavy offerings. “Klara” juxtaposes a chipper melody with forlon ambience, a nice mix given the ambivalent theming of the album. “Cosi” slows the tempo to give Goldstein some time to play with hazy vocal splices and faint builds, and utilizes his familiar drum patterns to keep the track grounded. The eponymous “Rise”, a tonal but not technical album finisher, caps off Rise with a mixture of all the features that give the album so much character.

Given the Anjunadeep release, Goldstein also implements some elements common among the progressive and deep releases seen on the imprint. Cooly textured piano keys pop up as one of Goldstein’s key tools in his production toolbox, and the instrumentation adds a warm aesthetic lacking in many house songs as of late (looking at you, Spinnin’ Deep). The only danger apparent in Goldstein’s adherence to Anjunadeep characteristics is that Rise may be too similar to other albums on the label. I argue that Goldstein distinctly stands apart from his label brothers and sisters, but I can understand the comparable aspects that may shroud Rise too hazily in the crowd.

In terms of creating a signature sound on the album, Goldstein excels for a producer so early in his career. The atmosphere of Rise defends its existence as an album, as opposed to being a mere collection of singles and filler tracks. One glance at the album art will clue you into the abstract feeling Goldstein imbues with every track, and subtle ticks like faint children’s’ voices and reversed vocal loops wash Rise with a dreamy finish.

The Rise title ultimately sums up my opinions on the album: Lane 8 enters the fray with a strong debut record that signals strong tidings for the producer. Goldstein crafts an album with not only an impressive tracklist but also an all-encompassing mood. 2015 will go down as one of electronic music’s greatest years, and Lane 8’s contribution with Rise bears testament to the bright future of one of the genre’s most promising rookies.

You can purchase Rise on iTunes now, and learn more about the man behind the album with our exclusive interview.