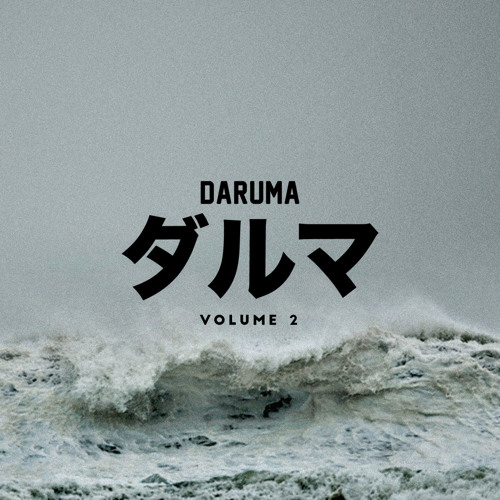 It seems as through every other week a new artist-cultivated collective rises from the soil. Formed by a tightly knit family of producers with similar creative tendencies and levels of energy, these groups most often seek to ascribe one unified sound to their greater name. This is seldom an easy task, as they simultaneously attempt to avoid any sort of major stylistic compromise within their work. To find a truly natural and cohesive team of producers is difficult and rare. Burgeoning organization Daruma has sidestepped this obstacle, however, and proven itself to be a singular and unique entity dedicated to the consistent output of original and interesting material. Following the release of their first compilation, they have just unveiled another powerful installment in a (hopefully) lengthy series, simply titled Volume 2.

Featuring contributions from some of the most innovative and genuine creators currently circulating the bowels of SoundCloud, this compilation is a noticeable standout in a sea of imitators. A refreshing mixture of trap, future, and hip hop-oriented rhythms, Volume 2 contains 16 tracks with as many artists. It is a contemplative and experimental body of work, yet it manages to maintain an approachability and weight that guarantees its presence in the club circuit. It is currently up for free download at this link. A few of my personal favorites are described in detail below.

TDY took a champion spot on Daruma’s first compilation with “When I See It,” a high-octane, blunt trap anthem. Now, he’s outdone himself once more with Volume 2’s third track “Sorry”. Beginning with a clunky bell and a looped vocal sample courtesy of Danny Brown, the track quickly swells into an upsweep of tonal noise. The drop sees a deadly percussion arrangement played alongside swirls and swishes of wind. The continuous vocals hold the pieces together until they are distorted to oblivion over a tight kick drum and effective hi hat rolls.

At the seventh position sits “Want You” ft. Blest Jones: a bold future bass tribute by Duskus. Far-off piano trills and alien-esque blips introduce the song. Jones’s vocals creep forward into the space as a powerful and unexpected flute emits stabs of bright energy. A broken clap echoes above the overlapping melodies, until the layers are stripped away. While the vocals take center stage, a cascade of bells transition the track back into the break, this time with a satisfyingly off-tone rise of synth. The optimistic vibe carries the song until its eventual close.

An honorable mention should go to QUIX for his if-Dillon-Francis-chilled-out-and-made-a-song-under-a-secret-account sounding track titled “Goin Hii”. Its pristine production quality and simplistic design make it a valuable and truly badass trap original. Next we come to “Hold On” by Hati. Provocative rap vocals pump alongside slowly evolving synth notes and light, airy flares. After the second rise, a saxophone joins the ensemble. It appears to be playing entirely in its own world, but the two contrasting vibes serve to wonderfully expand upon the playfully serious feeling already established.

Baht holds up the end of Volume 2 with a brass section worthy of TNGHT themselves. “Greaser” begins with a heavy sprinkling of operatic voices being thrown around the space. A simple snare pattern quickly takes it to the drop, where immense stings of horn completely invade the sonic space. Using only the bare essentials, Baht is able to craft a monstrous beat that belongs at the festival main stage.