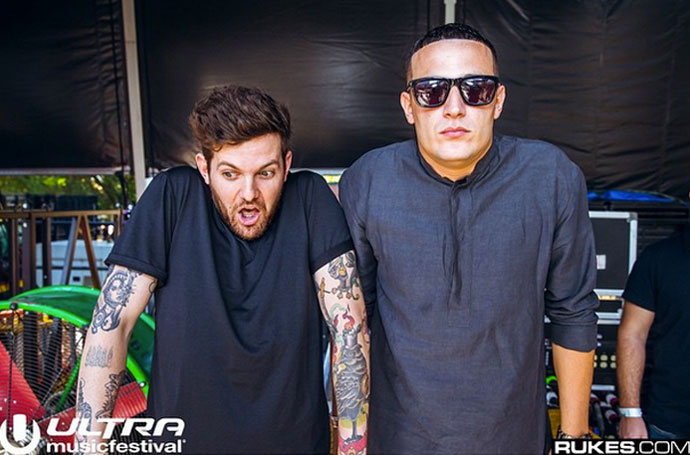 If you’ve been paying attention to DJ Snake and Dillon Francis’ relationship, you know that the two have been going after one another, dating back to DJ Snake’s now infamous Ultra Music Festival troll. Now it appears that Dillon is back with a vengeance and decided to take the joking up a notch. During his Lollapalooza set on Friday, Dillon decided to broadcast nude (but doctored) pictures of DJ Snake on the stage screen to an audience of thousands.

Obviously hilarity ensued and Dillon had the good idea of recording DJ Snake’s reaction following the joke. You can watch the snapchat below: